new-york and tokyo based creative lab party has created a flash mob with 60 synced intel computers for the new ultrabook laptop. as a demonstration of the lightness and responsiveness of the device, a group of people assembled with their gadget in-hand, forming a human billboard known as the ‘ultrabook pop-up theatre’. 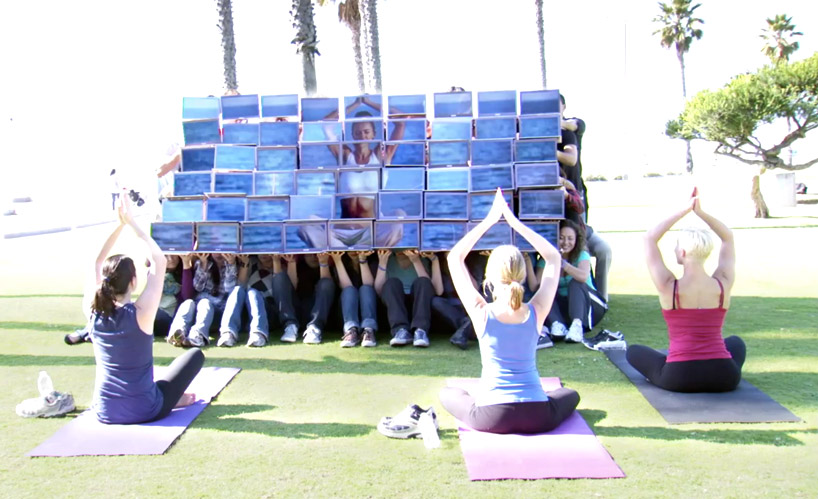 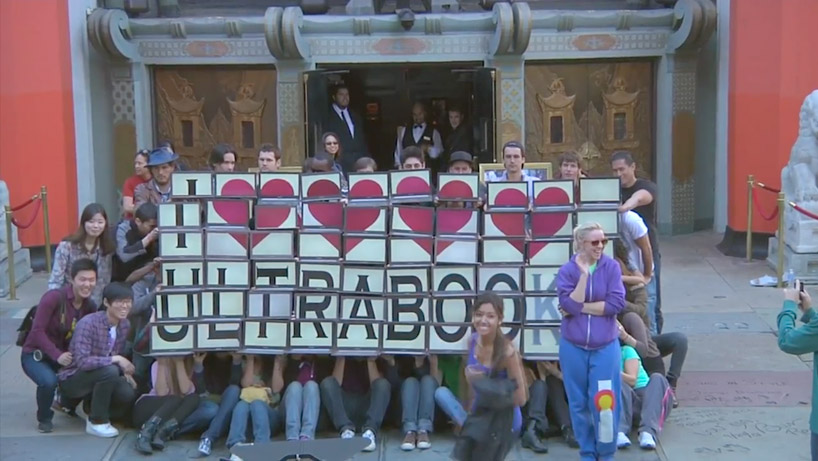 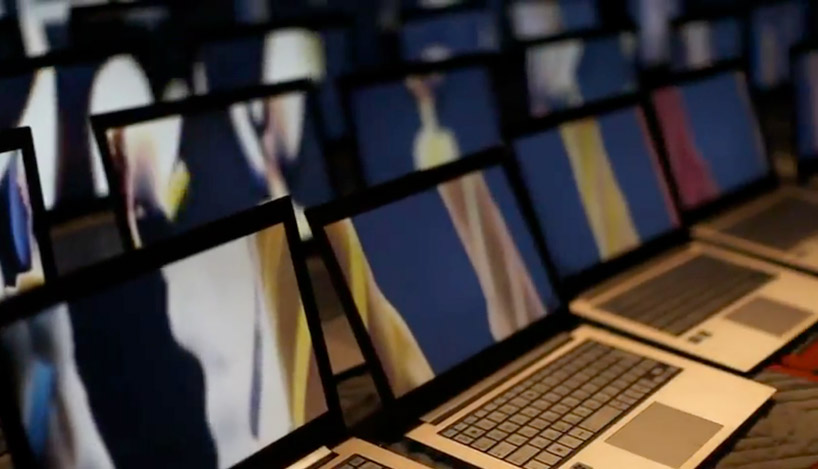