with the ‘windows of opportunity’ (‘WOO’) project, GM collaborated with students in the ‘future lab’ masters course at bezalel academy of arts and design in jerusalem to transform car windows into interactive displays. like toyota’s ‘window to the world’, covered by designboom here, the project’s focus is primarily on enriching the experience of backseat passengers.

the bezalel design students produced full scale functional prototypes of a rear passenger seat and side windows, using ‘eyeclick‘ motion and optical sensor technology to transform the glass into an interactive surface on which they featured their game designs.

the concepts are not planned for immediate production, but four application designs offer users  glimpse of what this technology may be used towards in the future. see more information about each below! 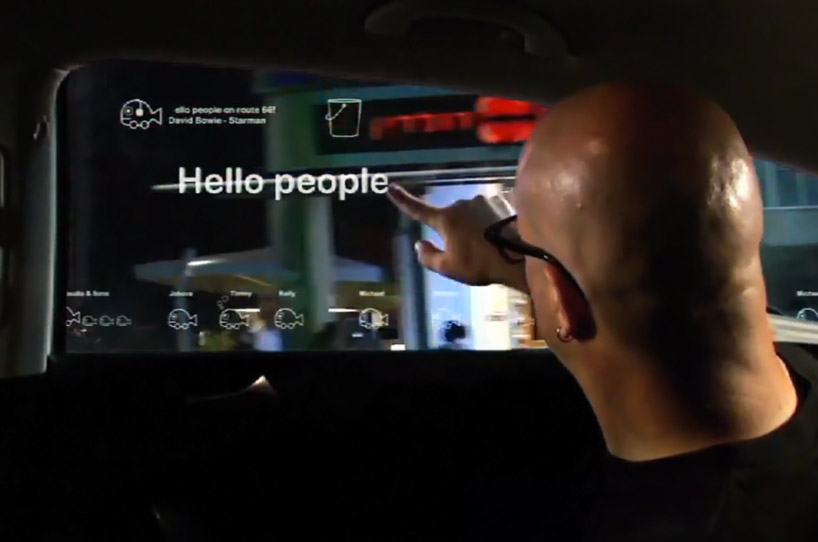 ‘pond’ seeks to increase interactivity not solely within but also among cars, letting users share music and messages with passengers of other vehicles via a networked interface. text can also be spun outwards to be read by any fellow travelers, even those without ‘WOO’. 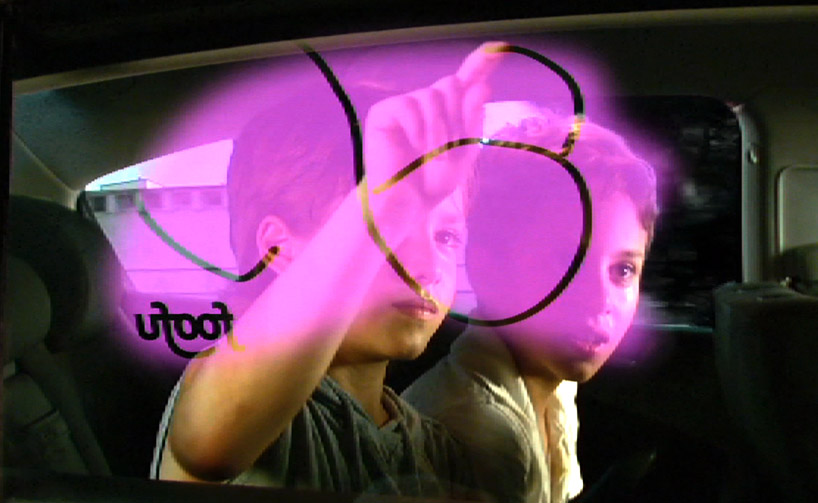 ‘foofu’ is a high-tech take on drawing in window fog, providing a colourful backdrop for finger painting. 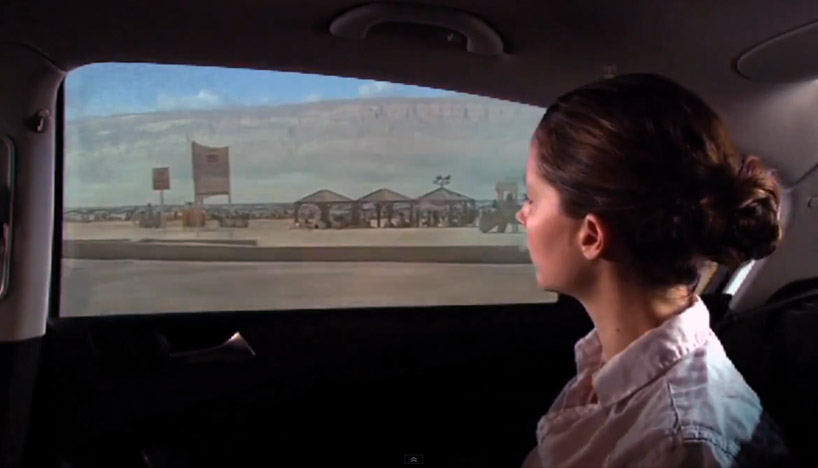 ‘spindow’, here featuring the viewscape from a car in rio de janeiro

‘spindow’ provides a realtime look at the window view of other users from around the globe. passengers may select a city from a spinnable globe and then watch as that destination’s landscape is overlain on the window display over their own. 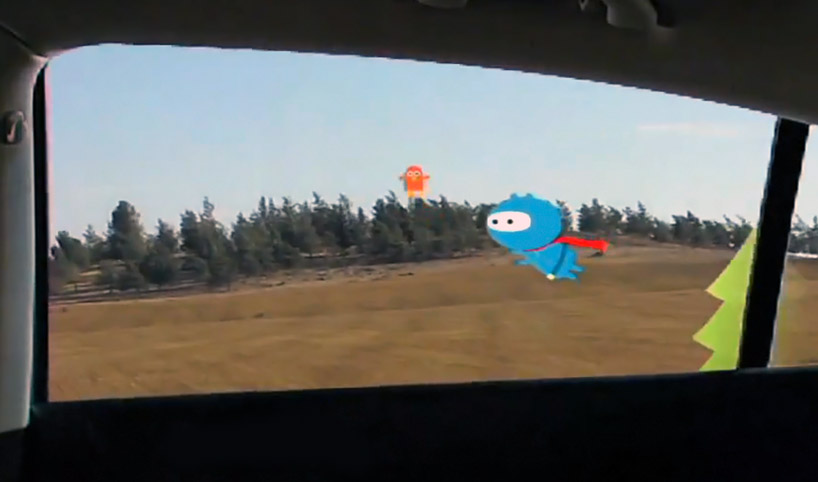 ‘otto’, an animated travel companion, offers an educational experience by responding to the landscape, weather, and car performance, for example, moving more quickly as the car speeds up. the creature can also provide lights or be controlled in his environment via gestures. 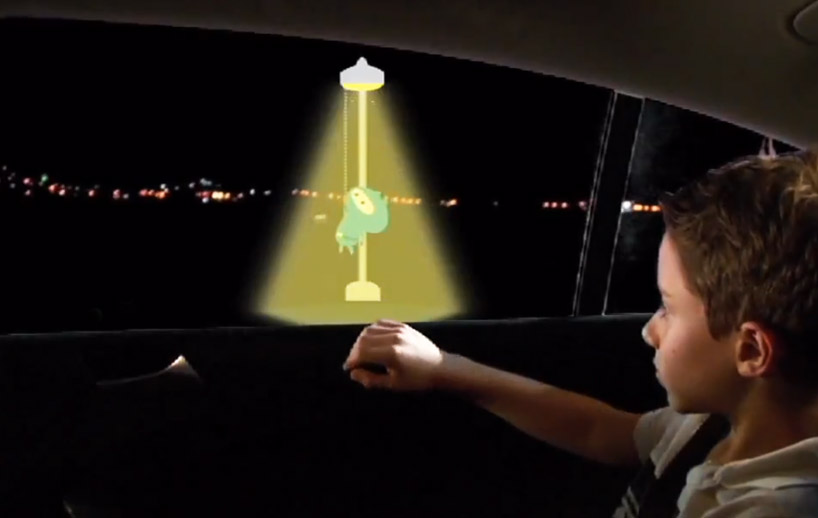