conceived by french digitalarti artlab residence designer antonin fourneau, ‘water light graffiti’ is a wall comprised of thousands of LED lights that become illuminated through contact with water or moisture. located in poitiers, france, the public installation can be manipulated with a paintbrush, water gun, fingers or anything damp to embed a vivid digital message. the piece forms an interactive communal urban space which visually communicates ephemeral messages without deterioration. 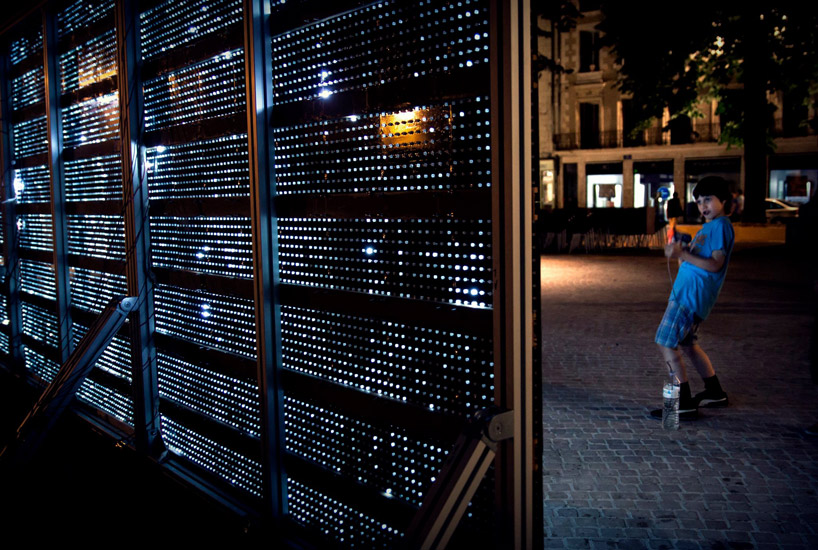 children interacting with the LED wall 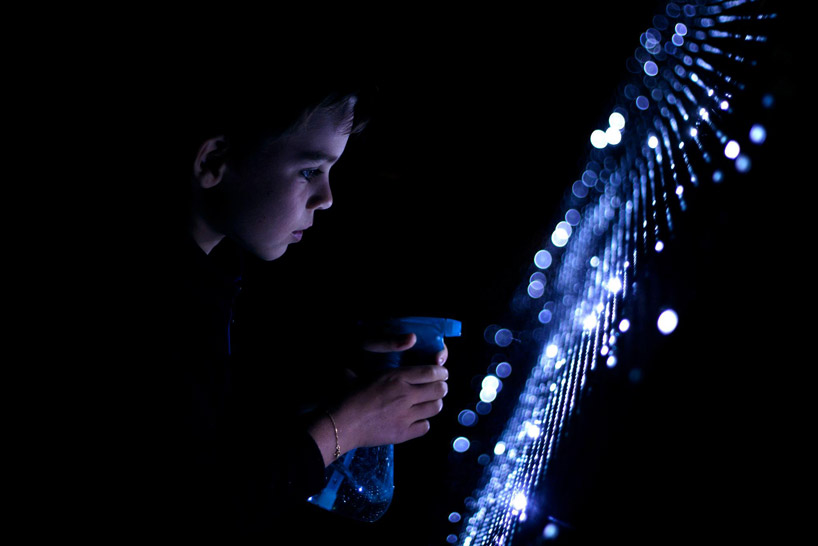 creating imagery though a spray bottle 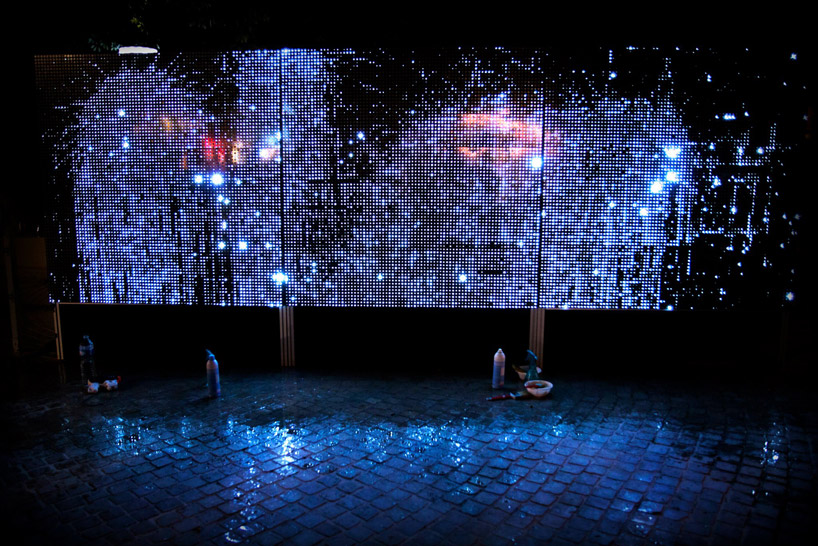 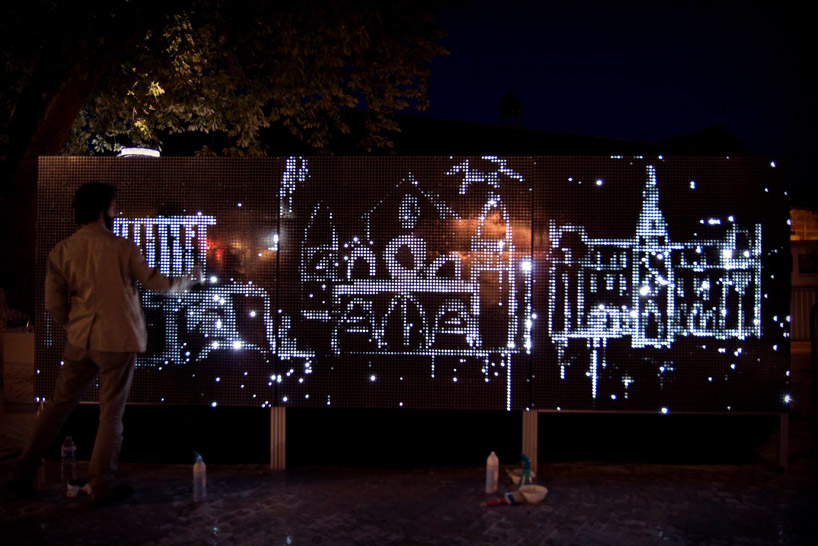 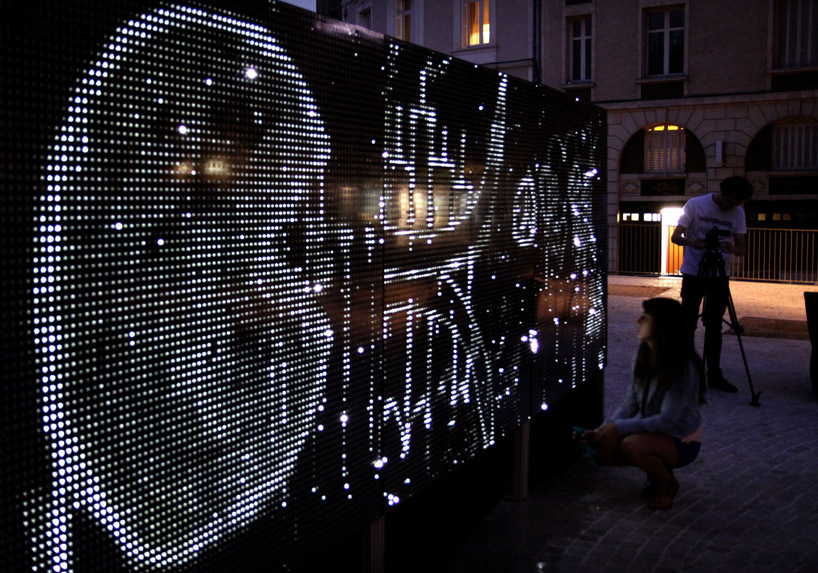