on october 31, 2000, veteran NASA astronaut william ‘shep’ shepherd left earth on a journey to the international space station (ISS) with the distinction of becoming its first commander — beginning almost two decades of continuous human presence in low-earth orbit. two days later, the ‘expedition 1’ crew members boarded the station and began bringing it to life. their primary tasks during their four-month mission included installing and activating the life support and communications systems and working with three visiting space shuttle crews to continue the assembly of the ISS. the trio returned to earth in march 2001 having turned the ISS over to next crew — ‘expedition 2’. 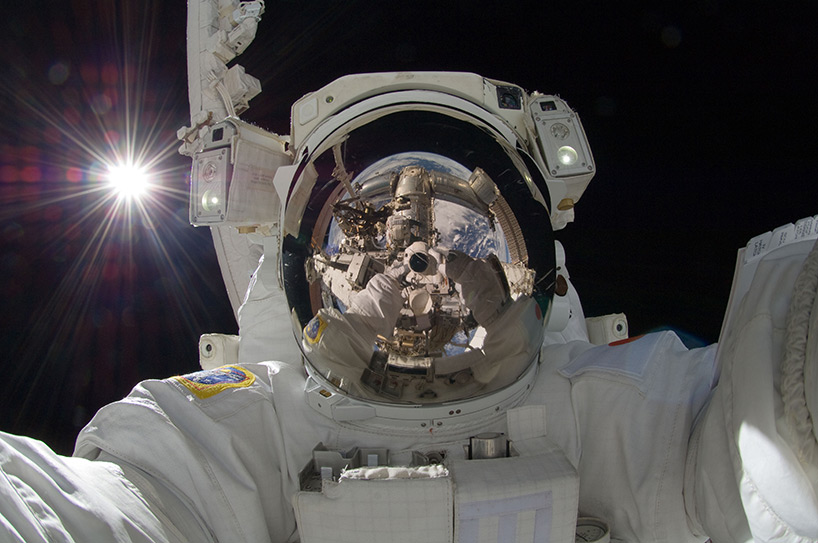 september 5, 2012 — japan aerospace exploration agency astronaut aki hoshide, expedition 32 flight engineer, uses a digital still camera to expose a photo of his helmet visor during the mission’s third session of extravehicular activity. during the six-hour, 28-minute spacewalk, hoshide and NASA astronaut sunita williams (visible in the reflections of hoshide’s helmet visor), flight engineer, completed the installation of a main bus switching unit that was hampered by a possible misalignment and damaged threads where a bolt must be placed. they also installed a camera on the international space station’s robotic arm, Canadarm2.

now, two decades later, NASA is celebrating 20 years of continuous human presence on the international space station — the mammoth construct made of aluminum, titanium, and human ingenuity. as big as a football field, the space station is comprised of a 360-foot (110 meters) integrated ‘backbone’ truss structure, four sets of 112-foot-long (34m) solar arrays, and 16 pressurized modules containing crew living quarters and laboratories. designed, built and tested by NASA and its 15 partner nations, its elements were launched to orbit one by one over a 13-year period. 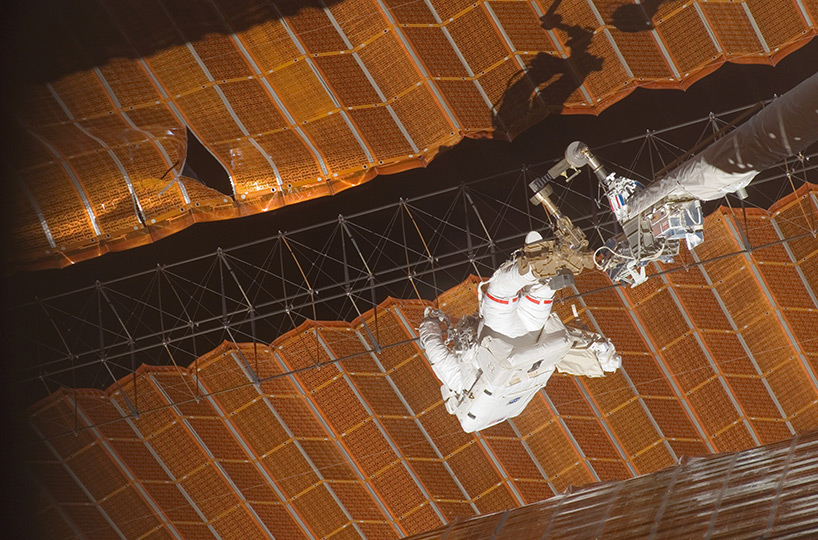 november 3, 2007 — while anchored to a foot restraint on the end of the orbiter boom sensor system, astronaut scott parazynski, STS-120 mission specialist, participates in the mission’s fourth session of extravehicular activity while space shuttle discovery is docked with the international space station. during the 7-hour, 19-minute spacewalk, parazynski cut a snagged wire and installed homemade stabilizers designed to strengthen the damaged solar array’s structure and stability in the vicinity of the damage. astronaut doug wheelock (out of frame), mission specialist, assisted from the truss by keeping an eye on the distance between parazynski and the array. once the repair was complete, flight controllers on the ground successfully completed the deployment of the array.

NASA and its international partners assembled the space station in orbit, delivering the modules, truss segments, and other elements via 37 space shuttle flights and four uncrewed russian launches. to date, more than 240 individuals from 19 countries have spent time on the station, conducting some 230 spacewalks to date. more than 3,000 research investigations have been conducted there, involving scientists from more than 100 countries. celebrate the landmark by looking through some of the highlights from the international space station from the past 20 years and read more news relating to the ISS on our dedicated page here. 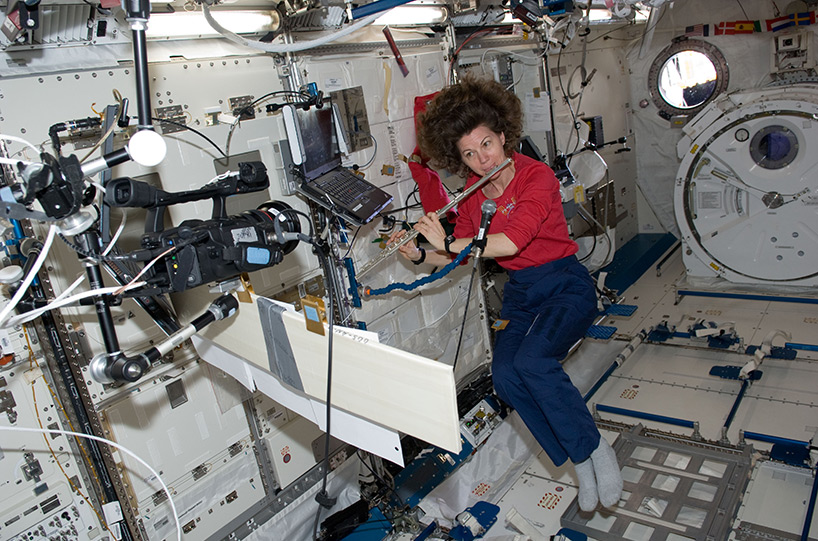 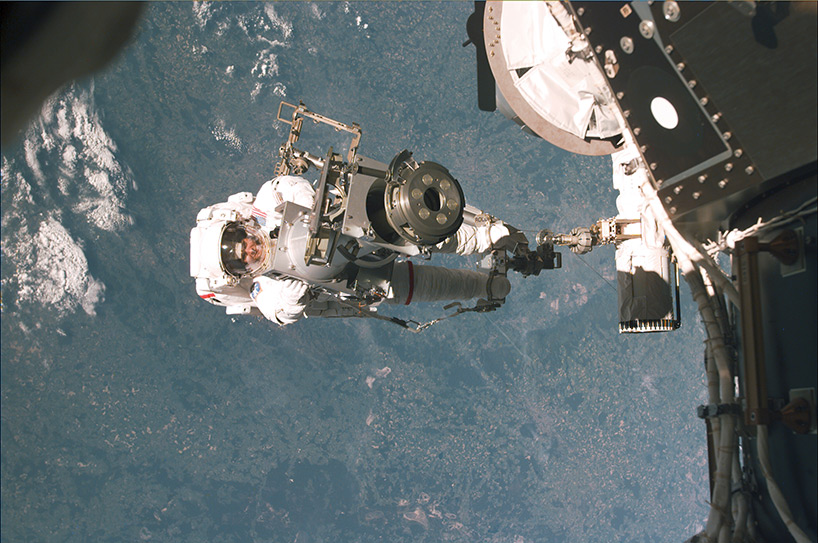 may 30, 1999 — astronaut tamara jernigan, backdropped against terrain, totes part of a russian-built crane, called strela (a russian word meaning ‘arrow’). jernigan’s feet are anchored on a mobile foot restraint connected to discovery’s remote manipulator sytsem. astronauts jernigan and daniel t. barry went on to spend over seven hours on the space walk. the photo was recorded with an electronic still camera at 06:36:22 GMT, may 30, 1999. 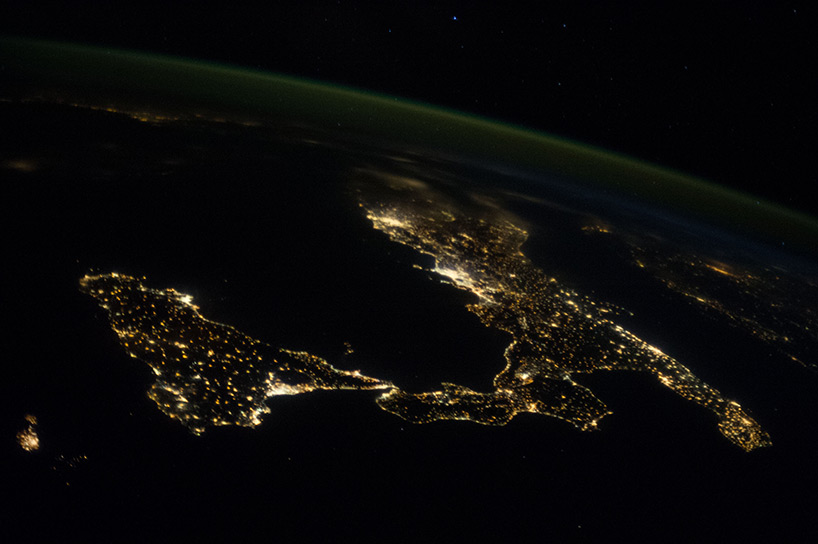 october 23, 2013 — this night image of most of italy and all of sicily was photographed by one of the expedition 37 crew members aboard the international space station flying approximately 240 miles above earth on oct. 23, 2013. the night lights of rome and naples are visible near the center of the frame. 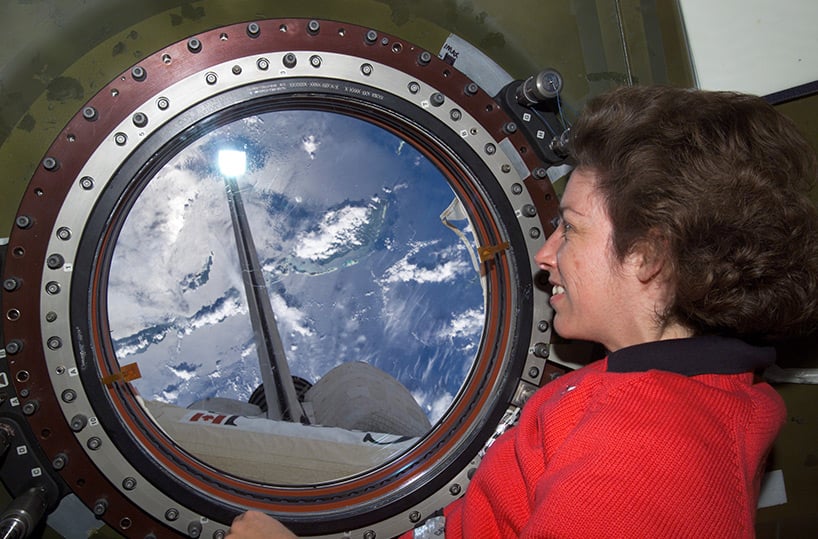 april 16, 2002 — astronaut ellen ochoa, STS-110 mission specialist, looks through the earth observation window in the destiny laboratory on the international space station. portions of the space shuttle atlantis and the Canadarm2 are visible through the window. 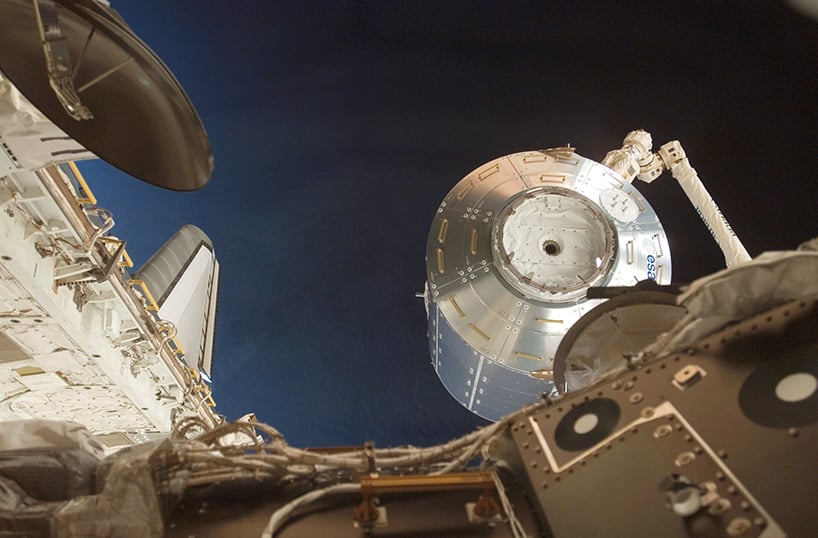 february 11, 2008 — in the grasp of the station’s robotic Canadarm2, the columbus laboratory is moved from its stowage position in space shuttle atlantis’ (STS-122) payload bay to the starboard side of the harmony module of the international space station. 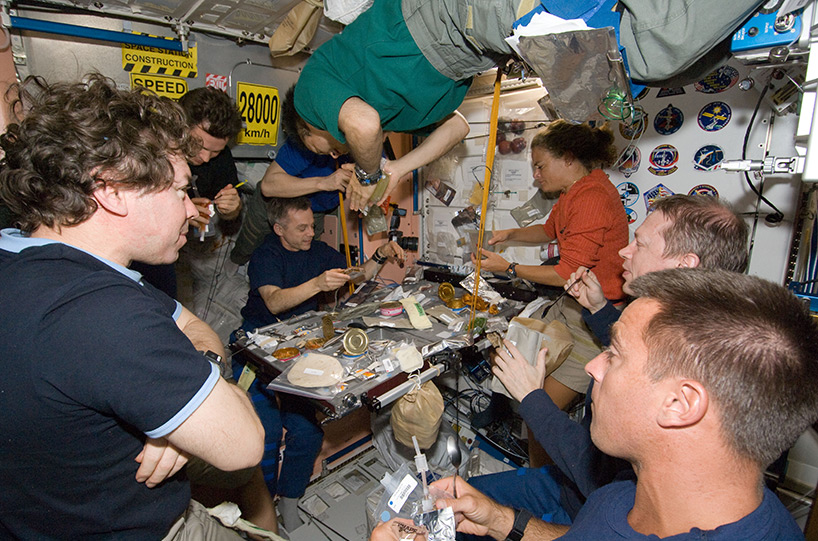 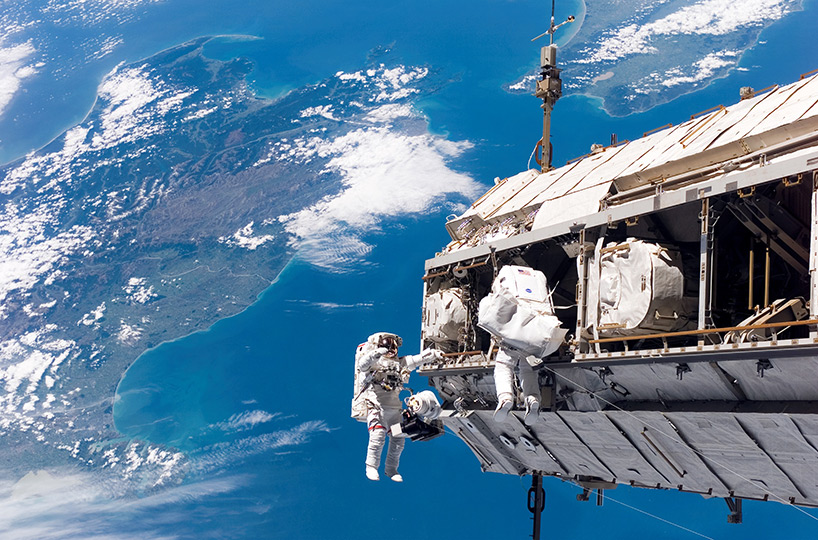 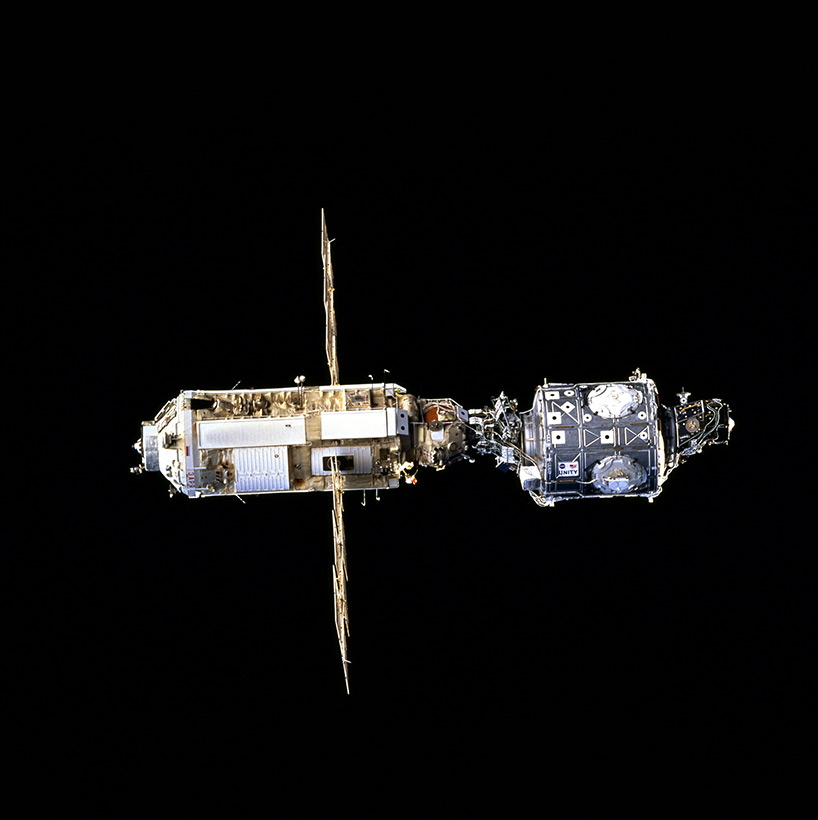 december 4-15, 1998 — the U.S.-built unity connecting module (bottom) and the russian-built zarya module are backdropped against the blackness of space in this 70mm photograph taken from the space shuttle endeavour. after devoting the major portion of its mission time to various tasks to ready the two docked modules for their international space station roles, the six-member STS-88 crew released the tandem and performed a fly-around survey of the hardware.

all images courtesy of NASA.