romain dumas is a well-known name among motorsport fans worldwide. porsche driver since the early 2000s, he has won the greatest races of the GT discipline, counting eight wins at the 24-hour le mans, nürburgring and spa. romain does not stick to his comfort zone and has tried rally and e-racing, a field where he currently holds the record for the pikes peak hillclimb with the full-electric volkswagen ID.R. his latest adventure has been the 2022 dakar, where he battled dunes together with the official timekeeper of the race and designboom partners, the rebellion team. check also out our recent coverage on the DXX buggy and dakar life.

designboom had the chance to talk with romain about the unique aspects of dakar, which make it the toughest motorsport competition, the importance of driver feedback on design decisions, his personal taste for (fast) cars, and how the electric shift in the automotive industry can change his discipline. 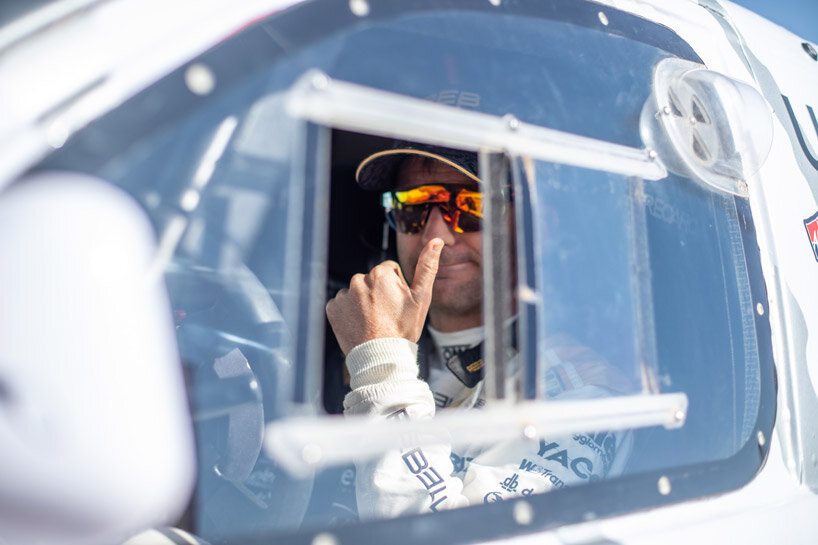 ‘WE WILL SE A HYDROGEN DAKAR SOONER THAN AN ELECTRIC DAKAR’

designboom (DB): unfortunately you could not finish dakar 2022 due to technical problems, what do you take away from this race?

romain dumas (RD): unfortunately, I got a DNF (did not finish) for a gearbox failure. from a personal side it was surely disappointing. from the team side however it was  good because alexander pesci finished the race. we only had trouble at the start when his car caught fire. after that everything was running smooth.

editor’s note: after pesci’s car was damaged, romain let his vehicle to his teammate, and switched to a toyota pickup. 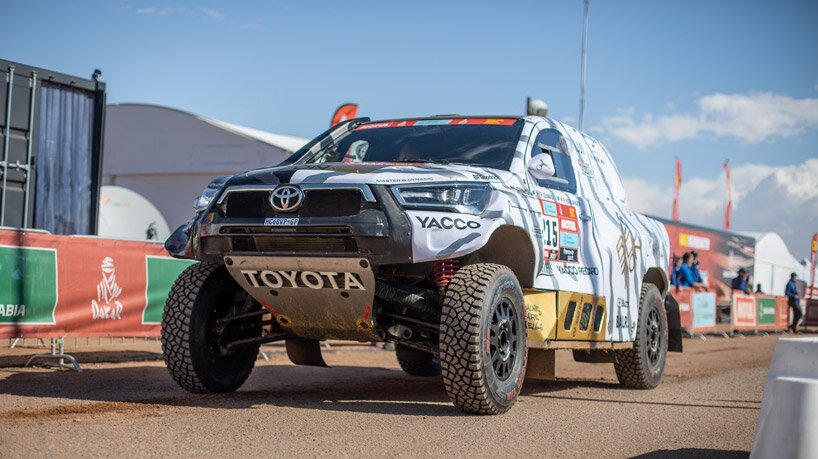 the toyota pickup which romain ended up using after his team lost one vehicle in a fire.

‘I HAVE ALWAYS PLAYED TENNIS AND NOW I PLAY PING PONG’

DB: what makes dakar such a difficult competition?


RD: well, it is challenging for sure. it’s a lot of tough work for me because I’m not used to this kind of races. when you’re driving on a circuit for more than 20 years you can also do pikes peak, then also rally, but if you suddenly go to dakar, it is way different. it’s like if I am normally playing tennis, and suddenly I have to play ping pong. same tools, but it is very much different.

RD: however I like to challenge myself, I enjoy not being in my comfort zone. you always learn new things, when trying something different. this is why I like to take part in dakar. for three years we have had a really big team with rebellion and it’s important that we are still growing. 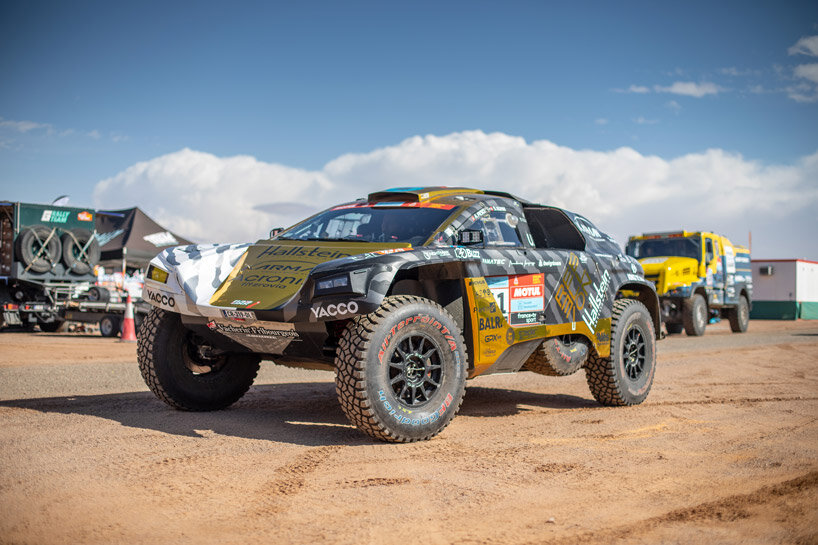 ‘W/O THE RIGHT COPILOT YOU REALLY HAVE NO CHANCE’

DB: since it’s not your typical race, how do you train for a long race such as dakar?

RD: that’s the biggest problem! because I’m doing so many races and I have not so much time left for training. but like in every other sport, when you reach such a high level of competition, you must train. honestly I am training more on a circuit than in the sand, but right now when I’m speaking with you, I am in saudi arabia for this purpose.

DB: is the copilot more relevant here compared to other races?

RD: the copilot is really important in dakar, because it is easy to get lost and you need to find your way and it has to be the shortest one. if you don’t have the right copilot, you really have no chance. I have to say this is a good thing because it shows that the copilot, can be really highlighted, while when you are in rally, this role is important but not as fundamental. 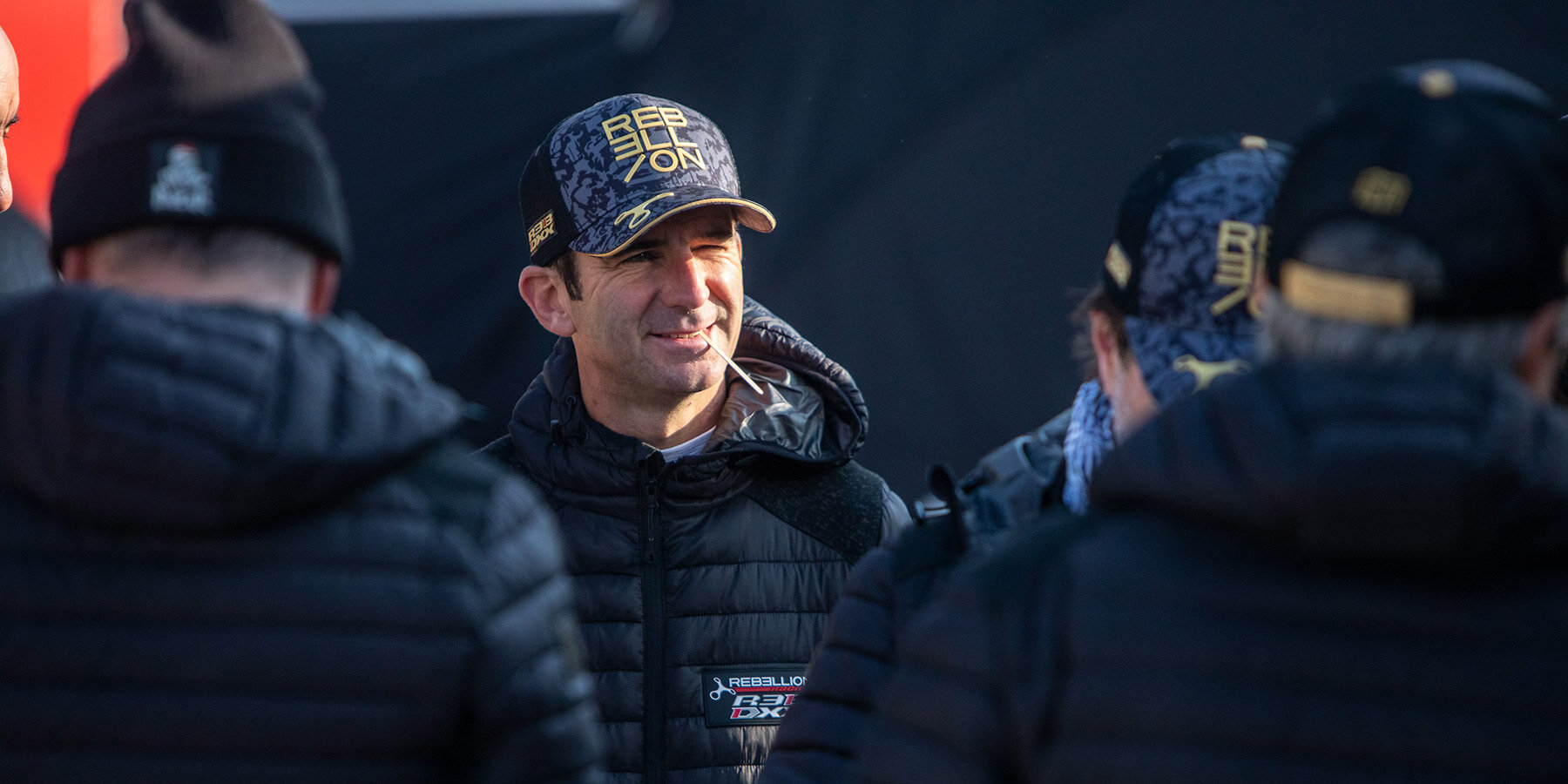 team talk before the race

DB: can you tell us a little about the designboom-partnered team you raced with?


RD: the team is run by my own organization RD limited, and we are doing it for rebellion. we produce the cars and they use them. they come from circuit racing – actually it is where we met because it’s my job to race there – and rebellion, like me, did not have much experience for dakar. so we are both learning all the time. it’s been a never-ending learning process in the last few years.

DB: rebellion is the official timekeeper of dakar 2022.

RD:  racing and watches have always been a link, because you need precision and I think this is why they are involved in racing for so long. 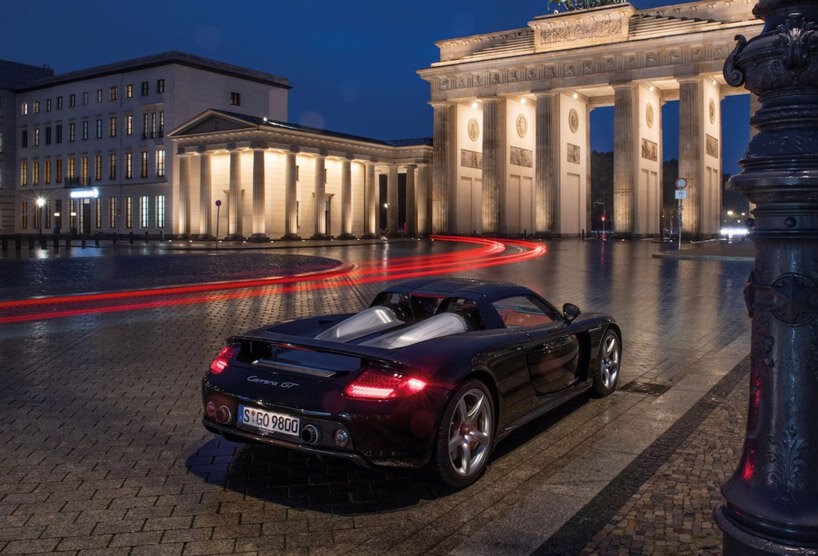 DB: are you also interested in the car aesthetics as much as in their performance? if so, which would be your top three cars?

RD: I have to say there are not so many road cars that I am impressed with, because I am used to driving in le mans at 350 km/h.  anyway, some road cars are very nice and have beautiful shapes and good performance. my favourite car has always been the carrera GT porsche. I have been an official porsche driver for so long. my number two favorite would be the ford GT 40, but the old model, which was very cool, very charismatic. and the third one.. maybe an italian race car, the lancia 037. 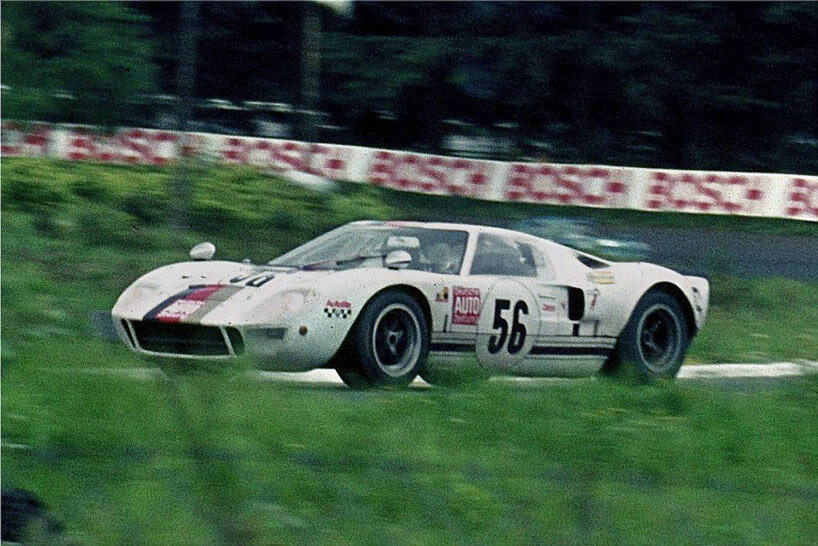 DB: how involved are you as a driver in car design decisions?

RD: I think when you’re a driver at the end of the day, you’re not an engineer. so we have engineers who are thinking, and drivers who are always driving. at the same time it’s very important that a driver always gives his feedback. because it is the most important one, more than computer statistics, more than an engineer’s idea. it is the driver who will have to manage the vehicle. it is very important that she or he has a final call to decide on design and setup of the car. you need to feel good in the car to perform the best. 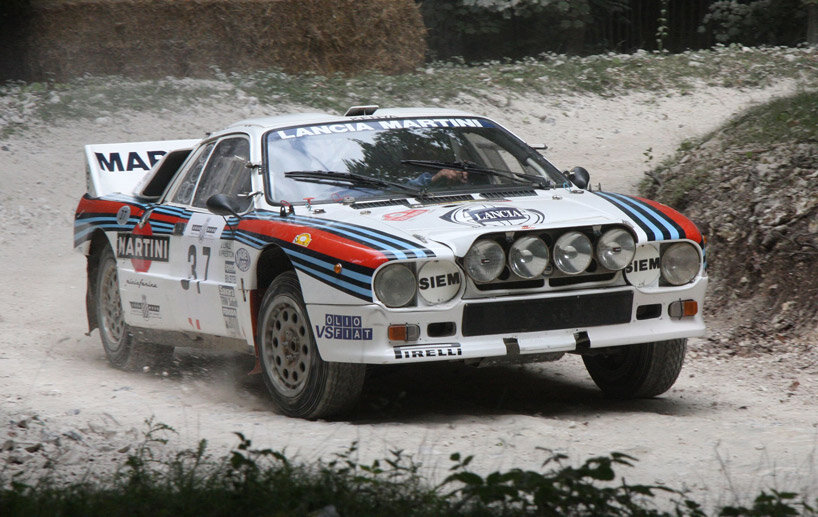 DB: what do you see for the future of racing? you hold many records driving electric cars, is this the direction of motorsport?

RD: no, I think electric cars are very good in some races with a short distance, where you don’t need a lot of battery resources. it’s depending on what you aim for. motorsport is right now becoming really important in terms of marketing and brands. this is why now we are seeing motorsport developing electric competitions. but so far, performance on an electric car is just amazing in the short distance. let’s see what the future brings us. I personally think we will see a hydrogen dakar sooner than an electric dakar.

start the engine! meet the DXX buggy racing for rebellion + designboom at dakar 2022