in 2013, american artist heather dewey-hagborg created a series of 3D printed portrait sculptures from DNA collected in public places. from cigarette butts to hair samples, she used fingerprint and lipstick samples left-behind from un-suspecting strangers to recreate highly detailed facial figures. in 2014, dewey-hagborg takes her research one step further, with the aim to completely erase your identity by making it ‘invisible’. her new company biogenfutures, has announced a product that will make it nearly impossible for authorities to trace DNA.

‘invisible’ comes with two sprays, both of which can be combined to fully protect one’s genetic identity. the first spray, ‘erase’, is a cleaning agent that will destroy 99.5 % of left-behind materials, and the second, ‘replace,’ switches out the remaining 0.5 percent with DNA collected from other sources nearby. to learn more about the project, see here. 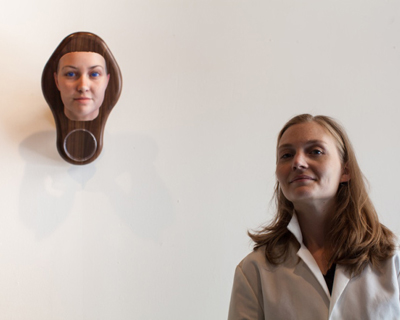