while digital cameras with lenses can take great photos, it is difficult to get cameras into smaller devices. miniaturizing lenses only works to a certain point: the smaller they get, the more difficult it is to make their precise curved surfaces. patrick gill, a senior research scientist at rambus, thinks he’s solved this problem by replacing the focusing optic with a 200 micron-wide sensor (smaller than a pencil point), that uses a spiral shape to map light. the lens-free technology relies on a computer processor to interpret what the resulting image should look like.

when you take a picture of a painting on a wall with a regular digital camera, a lens focuses each point of light it captures on a sensor, generating a digital file that a computer can show you as an image. rambus’s approach instead uses a grating etched with a spiral pattern through which light can enter from every orientation. specific algorithms let users ask the computer to produce images at various resolution; so far, the highest resolution sensor processes images at 128 x 128 pixels. 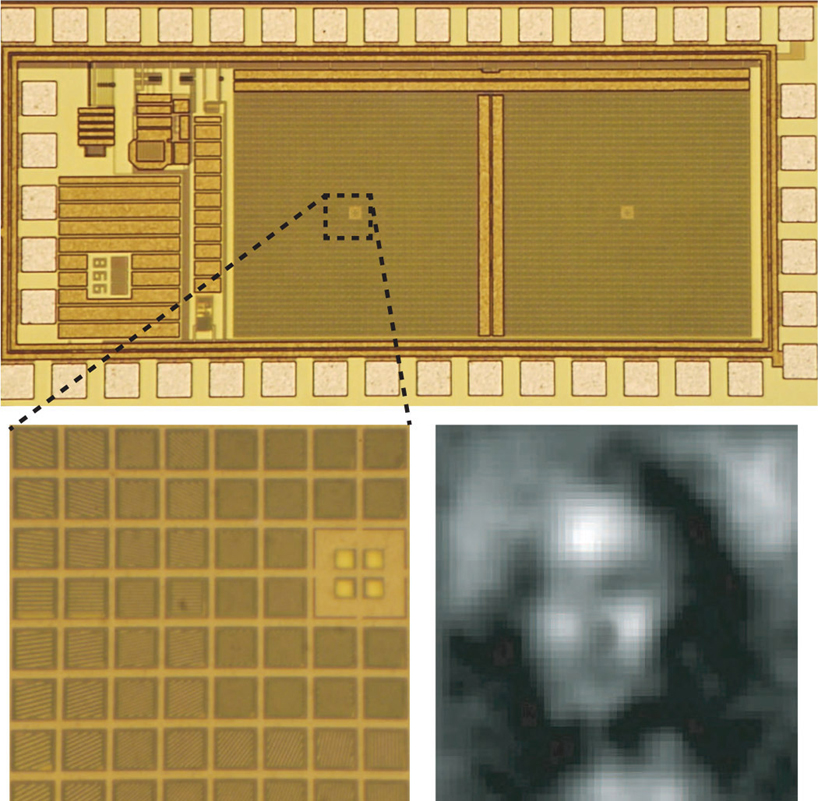 the sensor consists of a diffraction grating, which splits the light with a spiral-shaped optic pattern. as the light reflects off an object, it hits the sensor, passing through the pattern and the grating on its way to the CMOS imager where it arrives as a shaped blur of light. however, because the light has been turned into this spherical pattern, software can interpret this otherwise formless image and turn it into a fairly-accurate reproduction of reality. to read more on the technology, see here.