under the lead of the german-based max planck institute for biological cybernetics (MPI), fraunhofer IPA has co-developed a cable-driven parallel robot that is the first example capable of transporting humans while at the same time setting new standards in terms of workspace, acceleration and payload for a motion simulator. the scientists have succeeded in advancing technology to enhance the immersive multimedia experience, when it was previously used for automation solutions in the field of intralogistics.

to date, cable robots have been used in production environments, where they meet high requirements. the systems surpass conventional industrial robots in size and pay-load by between one and two orders of magnitude. the end effector can be freely moved with high accuracy by up to eight cables and winches. based on this technology and in a world first, the idea of a cable-driven motion simulator has now been realized by MPI for biological cybernetics. in the cable-driven simulator, the motion of the simulator cabin is controlled by eight unsupported steel cables attached to winches. in contrast to conventional motion simulators, the use of cables makes it possible to reduce the moving mass and to scale the workspace to any required size. a total drive power of 348 kW allows the cabin to accelerate at 1.5 times gravitational acceleration along freely programmable paths inside a 5 x 8 x 5 m³ workspace. in addition, the cables can be reattached in under an hour to enable the simulator to be adapted to different cabins and thus used for a range of scenarios. 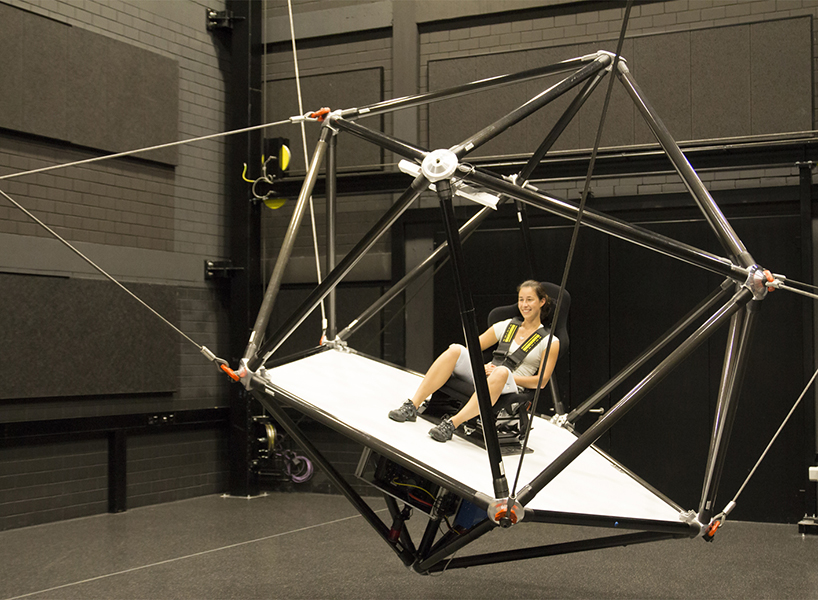 the cabin design, here in minimal configuration, is modular and easily adjustable

during the two-year collaboration between both institutes, philipp miermeister, a member of fraunhofer IPA’s cable robotics working group headed by junior professor andreas pott, has contributed much know-how to driving forward the design and realization of the simulator. the scientists have not only implemented the control algorithms, but also developed a lightweight yet rugged carbon fibre cabin capable of withstanding the high dynamic loads during operation. made entirely from carbon fibre tubes, the cabin frame maximizes the usable cabin volume with a diameter of 260 cm for projection surfaces and cockpit instrumentation. this allows it to be used for high quality video projections and realistic operator interfaces. at the same time, the light 80 kg frame is capable of accelerating at high speed while also withstanding high forces, because, in operation, the cables pull on the outer structure with up to 1.5 tonnes. its large workspace and dynamic capabilities make the simulator suitable for a wide spectrum of VR applications, including driving/flight simulation as well as investigation of basic perception processes in humans. 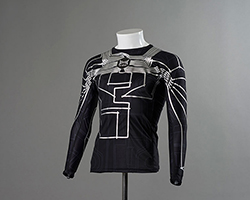