after apple‘s 2019 iPhone event on tuesday the internet has been a buzz turning the newly announced iPhone 11 model into a series of memes. burnt for its tryophobia-triggering aesthetic, naysayers and apple fans alike have likened the trio of cameras on the rear of the smartphone to a bowling bowl, stovetop and a fidget spinner, among many other hilarious comparisons. before the event was even over the triple lens feature had captured the internet’s imagination, but what exactly are they all for? 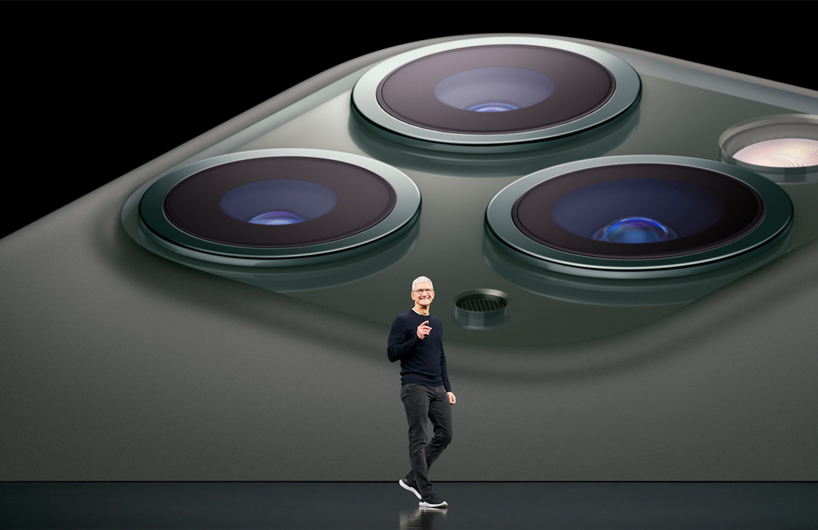 the triple-camera system is supposed to provide a pro-level camera experience with an ultra wide, wide and telephoto camera lens. with optical options covering an approximate 35mm equivalent of 13mm, 52mm and 26mm, the point is that information from each one of these cameras can be combined to give users more control over their images. for example, working together but with slightly different perspectives, the telephoto lens and the wide-angle lens can be used to blur the background past a certain point. 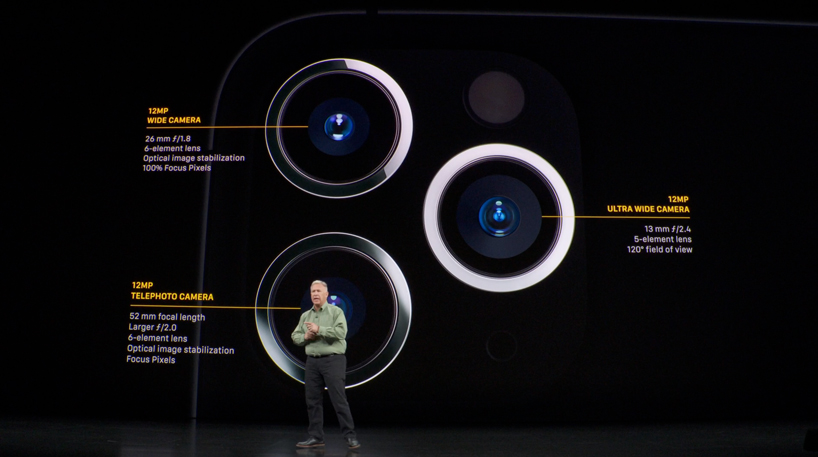 ‘with the telephoto camera and the ultra wide give you the ability to zoom in two times and zoom out two times – that’s a 4x optical zoom range,’ explained apple’s phil schiller during the stage presentation. ‘you can use the telephoto to get really close to your subject or you can use the wide to tell a more of a story or you can pull out all the way out tot he ultra wide and reveal the full surroundings, and you can take all three shots from one vantage point.’

the telephoto camera lets in 40% more light than its predecessor and the ultra wide lens allows for a 120 degree field of view. what’s more, when users shoot with the wide lens, it shares information with the other two cameras, so when you switch between them they are already optimized, shooting with exactly the same settings you had already chosen. the iPhone 11 pro also lets users record with more than one camera simultaneously and an audio zoom feature will be able to identify your subject and hone in on that sound. 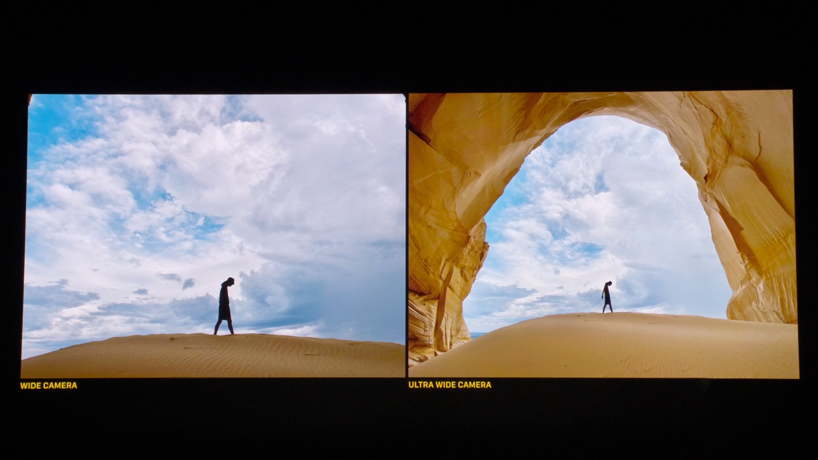 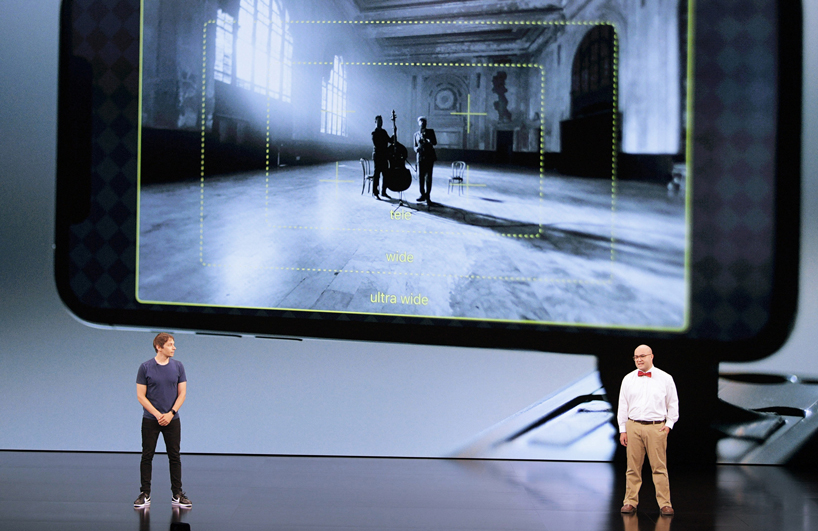 while viewers were already getting creative with their comparisons, apple also mentioned an upcoming feature that analyzes 9 photos (including one long-exposure shot) taken in sequence. the iPhone 11 will have the ability to take the best from each one to create an optimal end photo. the feature, called deep fusion, is expected this fall. 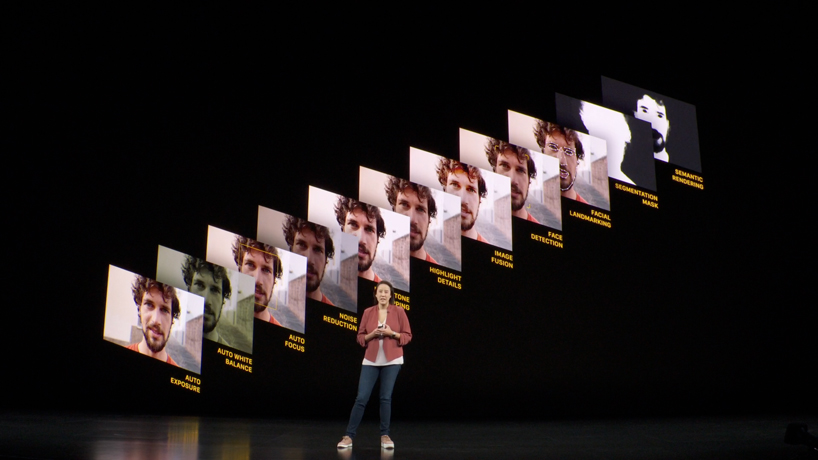 meanwhile, the front-facing truedepth camera introduces a new 12mp camera with a wider field of view to capture more in selfies. selfie videos have also been enhanced, now recording 4k video at up to 60 fps and 120 fps slo-mo.