jaguar land rover ‘360 virtual urban windscreen’ and ‘follow-me ghost car navigation’ reveals the company’s futuristic concept that utilizes heads-up display technology to provide information to keep the driver’s eyes on the road. the project aims to reduce distractions and potential accidents by offering an uninterrupted view outside the automobile thanks to using transparent roof pillars. the system works by embedding a screen into the surface of the A, B and C pillars which show a live feed from cameras covering the angles outside the motor that would usually be a blind spot to the motorist. the augmented reality makes pedestrians, cyclists and other vehicles visible all around the car, and would be highlighted when moving, to the driver with an on-screen halo.

dr wolfgang epple, director of research and technology, jaguar land rover, said: ‘our ultimate aim is to reduce road accidents and enhance the urban driving experience. the jaguar land rover research team is developing this technology to improve visibility and to give the driver with the right information at the right time. if we can keep the driver’s eyes on the road ahead and present information in a non-distracting way, we can help drivers make better decisions in the most demanding and congested driving environments.’ 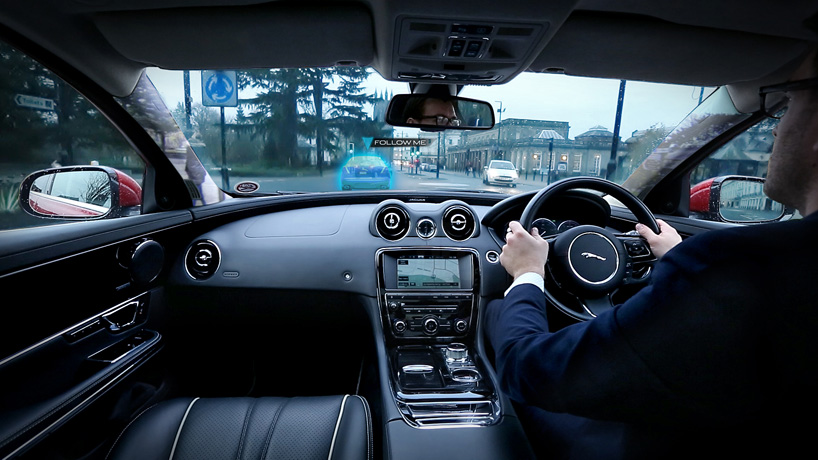 the embedded screens show via camera feeds, what would normally be blocked from view by the pillars

the visualization also demonstrates the ‘follow-me ghost car navigation’ technology which aids directions on busy urban roads by projecting an augmented automobile in front of the vehicle. the driver would then follow this projection turn by turn, to the destination. the full potential of the jaguar land rover’s concept would be delivered by connecting the virtual windscreen to the cloud in order to display information ranging from petrol station prices to the number of parking spaces available. 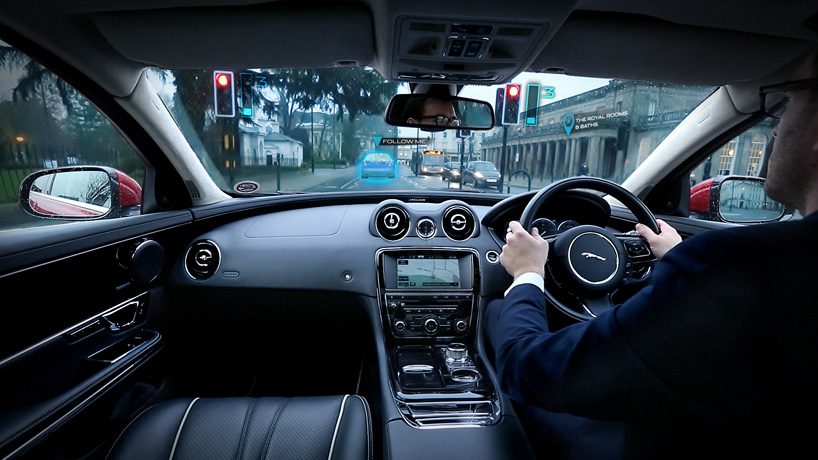 ‘driving on city streets can be a stressful experience, but imagine being able to drive across town without having to look at road signs, or be distracted trying to locate a parking space as you drive by,’ added dr epple. ‘we want to present all of this information on a heads-up display in the driver’s eye-line, so the driver doesn’t have to seek it out for themselves and take their eyes off the road ahead.’ 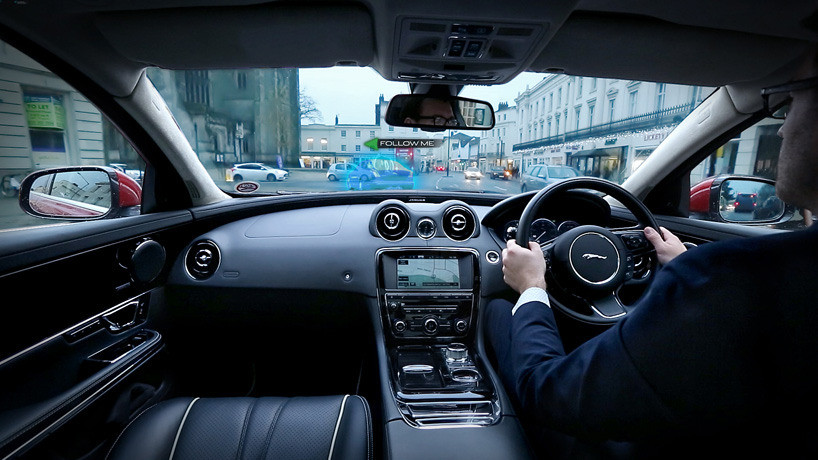