by utilizing an array of technology engaging warning lights, sounds and vibrations, the jaguar land rover ‘bike sense’ concept aims to help prevent accidents involving bicycles and motorbikes. this project develops upon their advanced research center’s ‘360 virtual urban windscreen‘ vision in the attempt to reduce the near 19,000 cyclists injured or killed on the UK streets every year. sensors on the car will detect and identify when another road user is approaching and alert the driver of the potential hazard before they have seen it. the department is currently analyzing and testing what the best alarming colors and noise would be for triggering an instinctive response.

dr wolfgang epple, director of research and technology, jaguar land rover, said: ‘bike sense takes us beyond the current technologies of hazard indicators and icons in wing mirrors, to optimizing the location of light, sound and touch to enhance this intuition. this creates warnings that allow a faster cognitive reaction as they engage the brain’s instinctive responses. if you see the dashboard glowing red in your peripheral vision, you will be drawn to it and understand straight away that another road user is approaching that part of your vehicle.’ 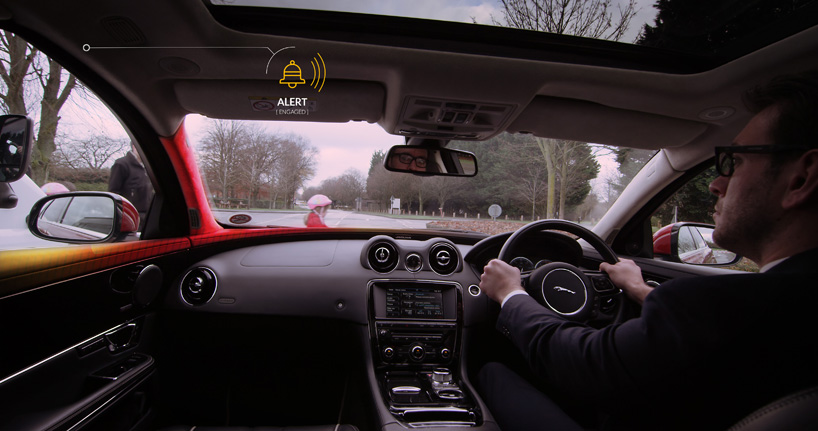 ‘by engaging the instincts, bike sense has the potential to bridge the gap between the safety and hazard detection systems in the car and the driver and their passengers,’ added dr epple. ‘this could reduce the risk of accidents with all road users by increasing the speed of response and ensuring the correct action is taken to prevent an accident happening.’ 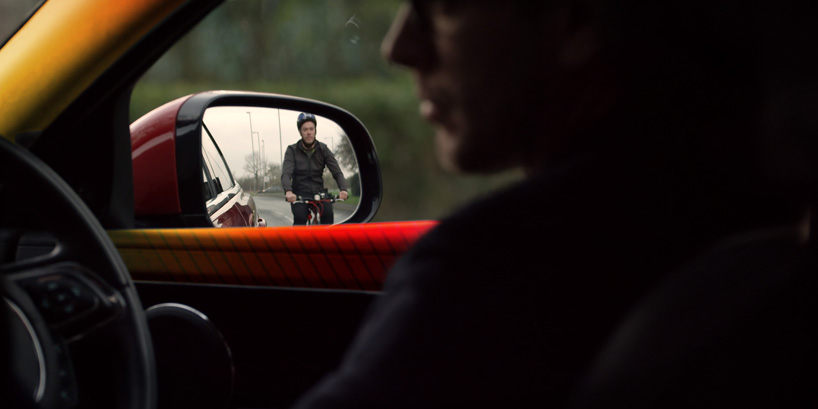 at present, a bicycle bell and motorbike horn sound will be emitted from which ever audio system speaker is closest to the risk, and a glow of red and amber colors are the chosen warning signals. these shades will ray from a matrix of LED on the window sills, dashboard and windscreen pillars, and as well will highlight the direction of the two-wheeler using distinctive movement. a sense of touch is also included in the alerts as the top of the car seat will tap the driver on the left or right shoulder – depending on which way the bike is coming from – in order to make them instinctively look over. continuing with feel, the door handles will vibrate to forestall the entryways from being opened into the path of bikes, and the accelerator pedal will also reverberate until the potential hazard has been avoided. 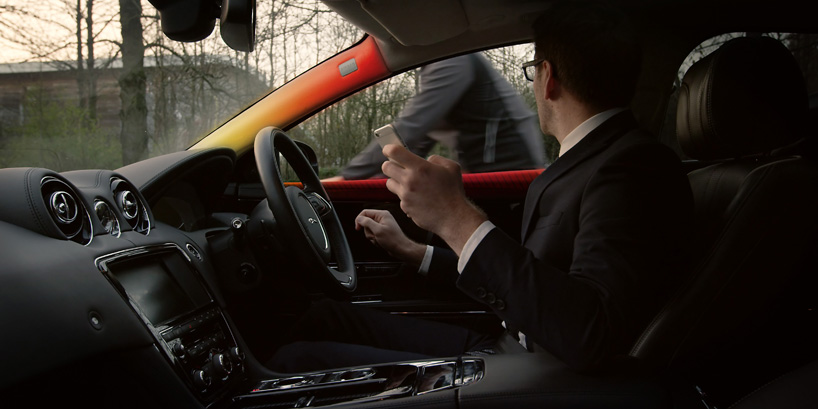 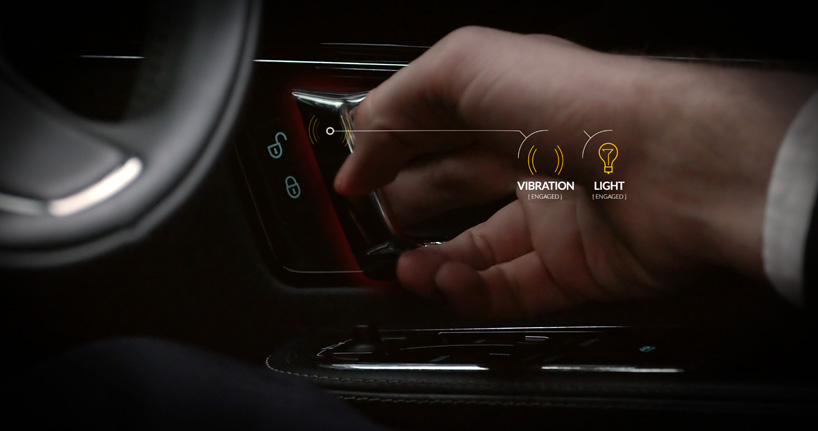 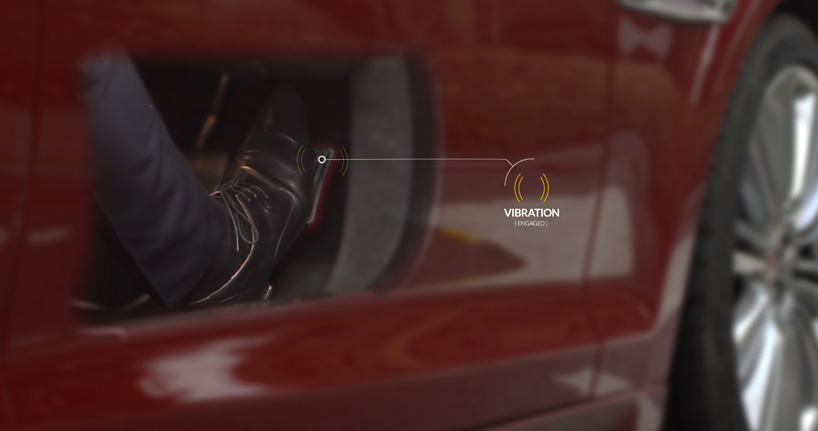