set to be on display at milan’s fuorisalone 2015, two jaguar land rover sculptures, named ‘unstoppable spirit’ and ‘word cloud’, will debut in italy for the first time, from april 14th to 19th. ‘unstoppable spirit’, an installation created by italian artist nino mustica and land rover design director gerry mcgovern, celebrates the fusion of art and automotive design, imposing itself over seven meters high. the work which focuses on the ‘discovery sport‘, premiered in october 2014 at the frieze art fair, located at the royal festival hall in london, where designboom was on hand for its official unveiling. 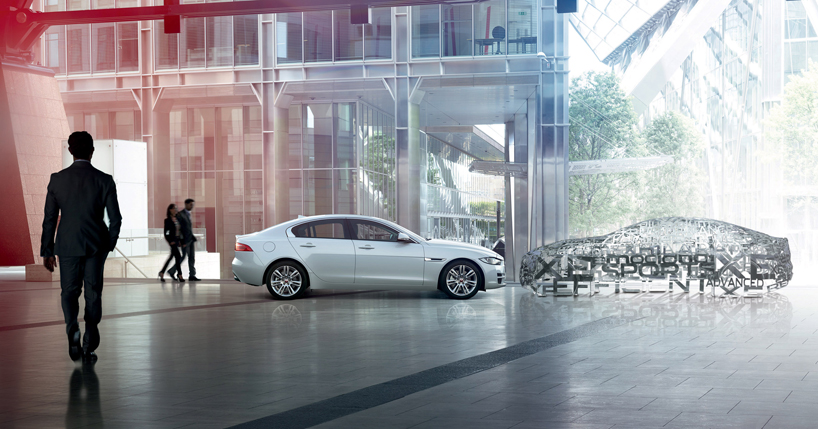 the XE and its mimicking art piece

the second exhibition, set up alongside designjunction’s ‘edit with milan’, showcases tom dixion’s ‘word cloud’ sculpture that mimics the shape of the jaguar ‘XE’ through 95 words in seven different languages. structured out of aluminum, the artwork which fused experts in graphics, computational design and metal working, was on display at the london design festival in september 2014. 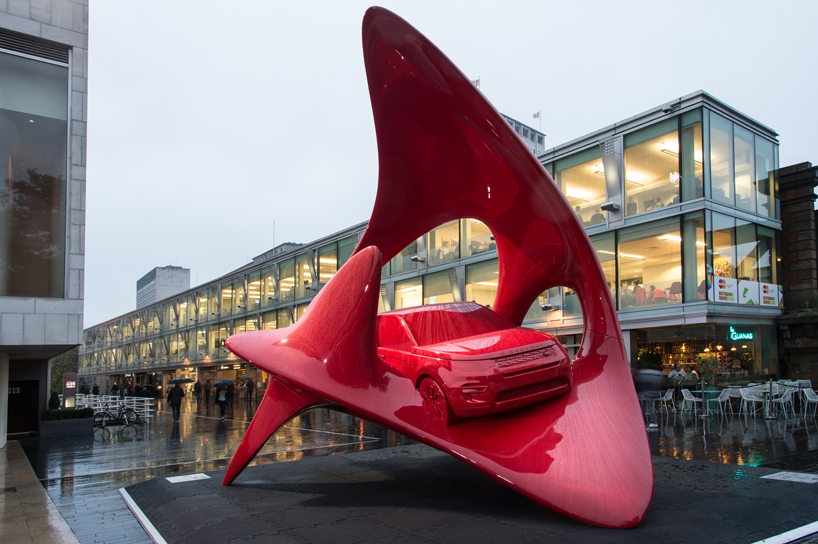 the tall sculpture celebrates the fusion of art and automotive design 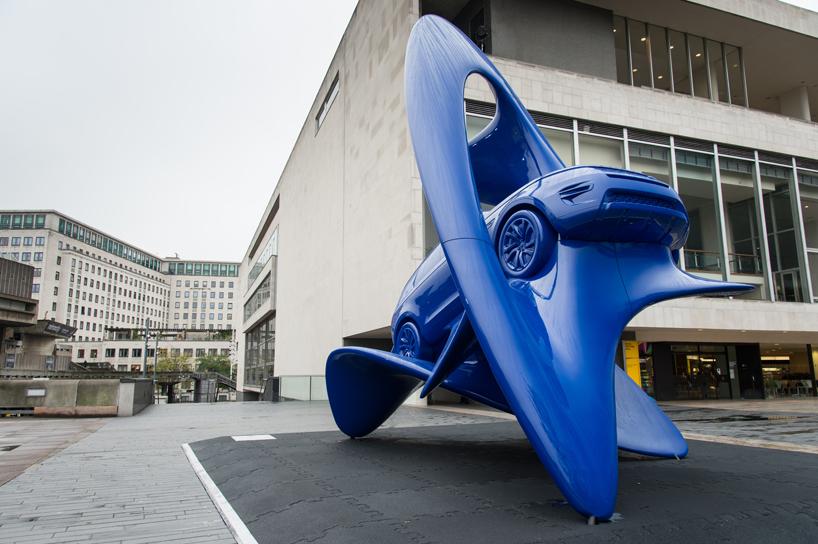 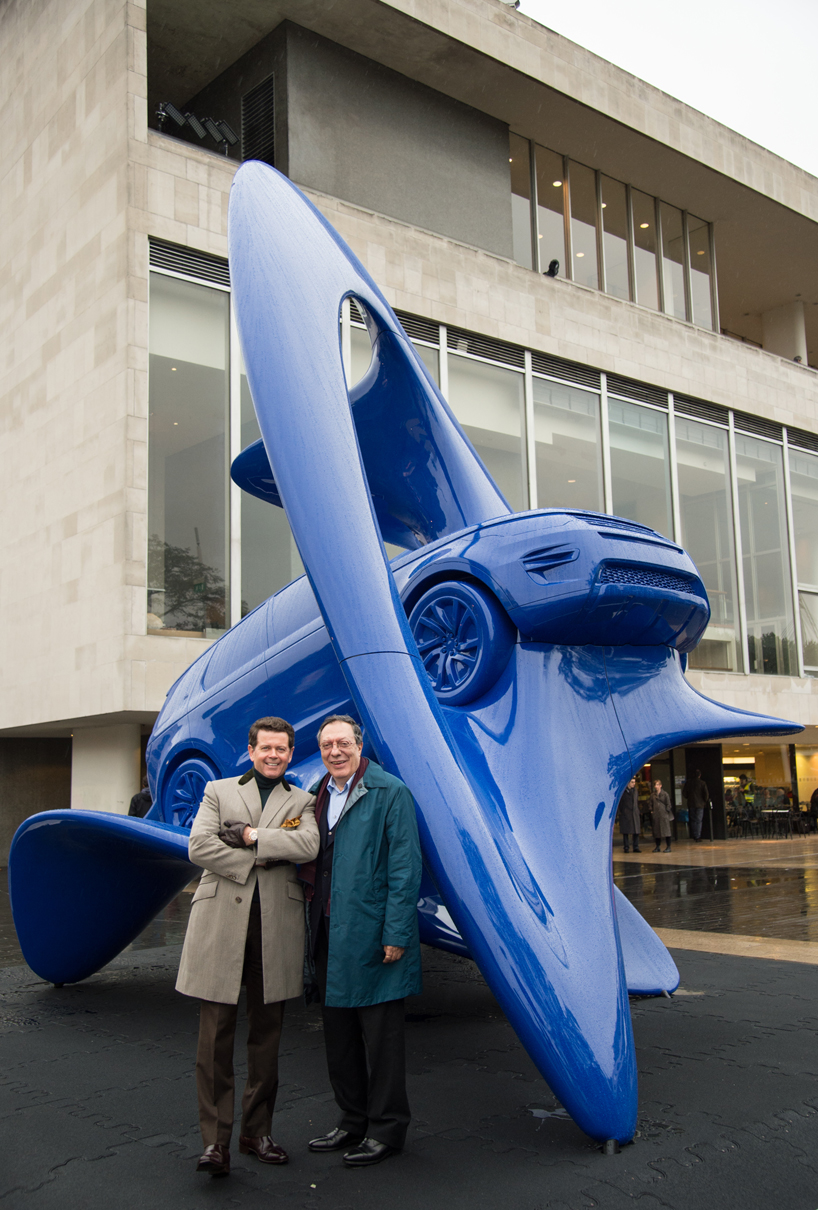 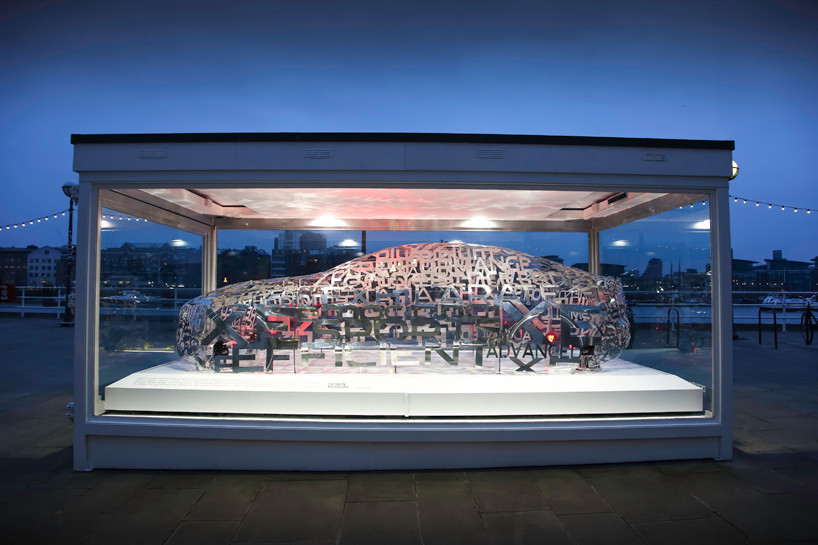 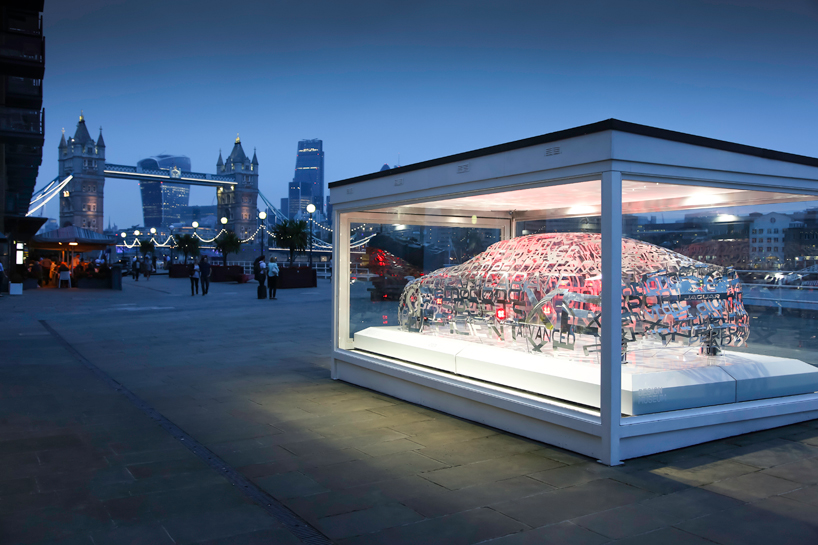 it was displayed at the london design festival