created by german designer jakob kilian, ‘unfolding space’ is a wearable sensory substitution device for the visually impaired. built into a glove, the prototype allows users to ‘see’ where they are walking by a map of vibrations. this is achieved using a depth camera that generates a 3D picture of the wearer’s surroundings and 9 motors that haptically project the generated image onto the back of the user’s hand as a pattern of vibrations. 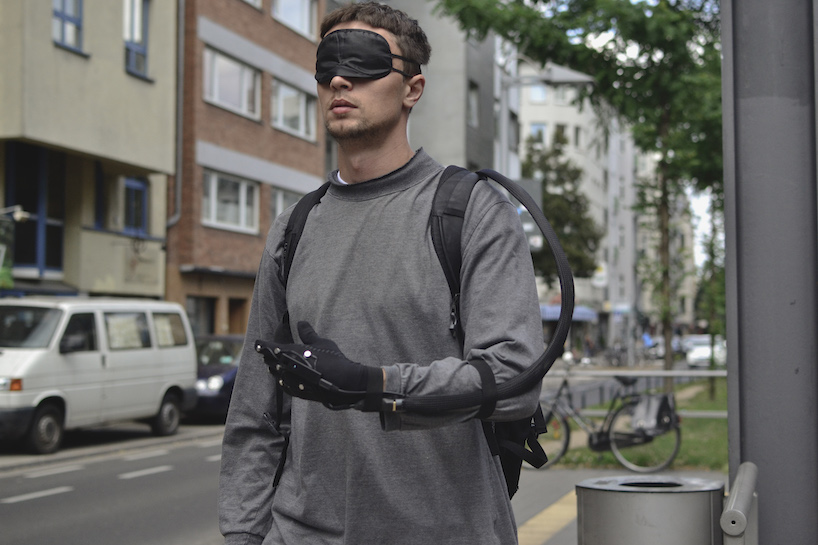 the main idea behind the project is to afford a greater level of autonomy to those with visual impairments or total blindness. furthermore, kilian intends that the device will eventually replace the traditional white cane. with ‘unfolding space’, the wearer can interactively explore their surroundings with this new depth perception to locate and avoid obstacles and navigate themselves in unfamiliar environments. the location of a vibration conveys an object’s relative position in space, while the strength of the vibration represents its distance. 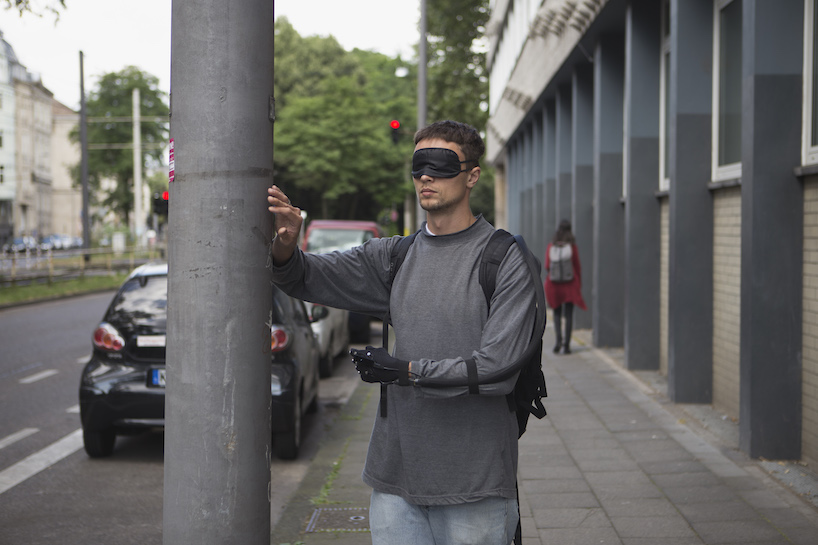 a blindfolded person testing the device

kilian’s technology is based on his bachelor’s thesis research into sensory substitution: a phenomenon by which the function of one missing or dysfunctional sense is replaced – or substituted – by stimulating another. he wrote the theoretical paper whilst studying integrated design at köln international school of design in germany and the whole project is available open source to designers and commercial developers. 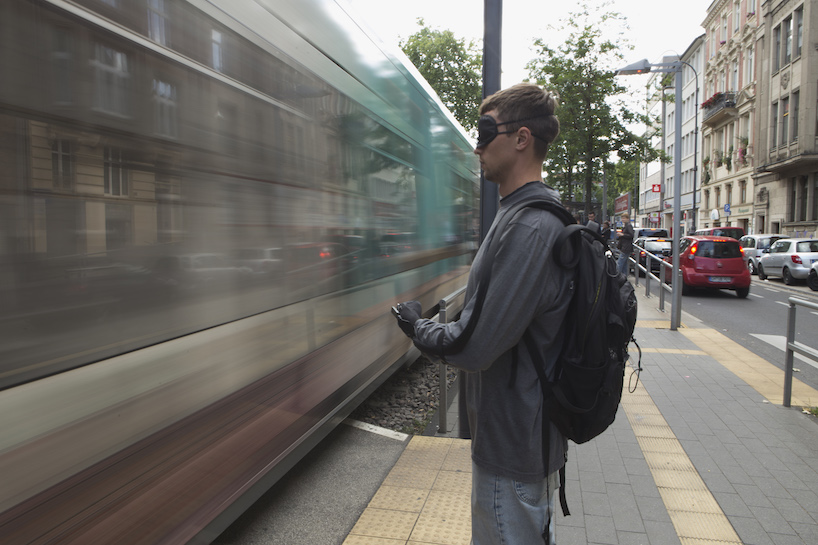 through a rapid prototyping approach, kilian has been able to develop and manufacture the device for less than €500, which is more affordable than most sensory substitution devices currently available. ‘unfolding space’ won the toby e. rodes award at the kölner design preis in 2018, and earned special recognition at the lucky strike junior designer award 2018. it also won the golden pin concept design award 2019 design mark and could win a share of the $39,000 best design prize in december 2019. 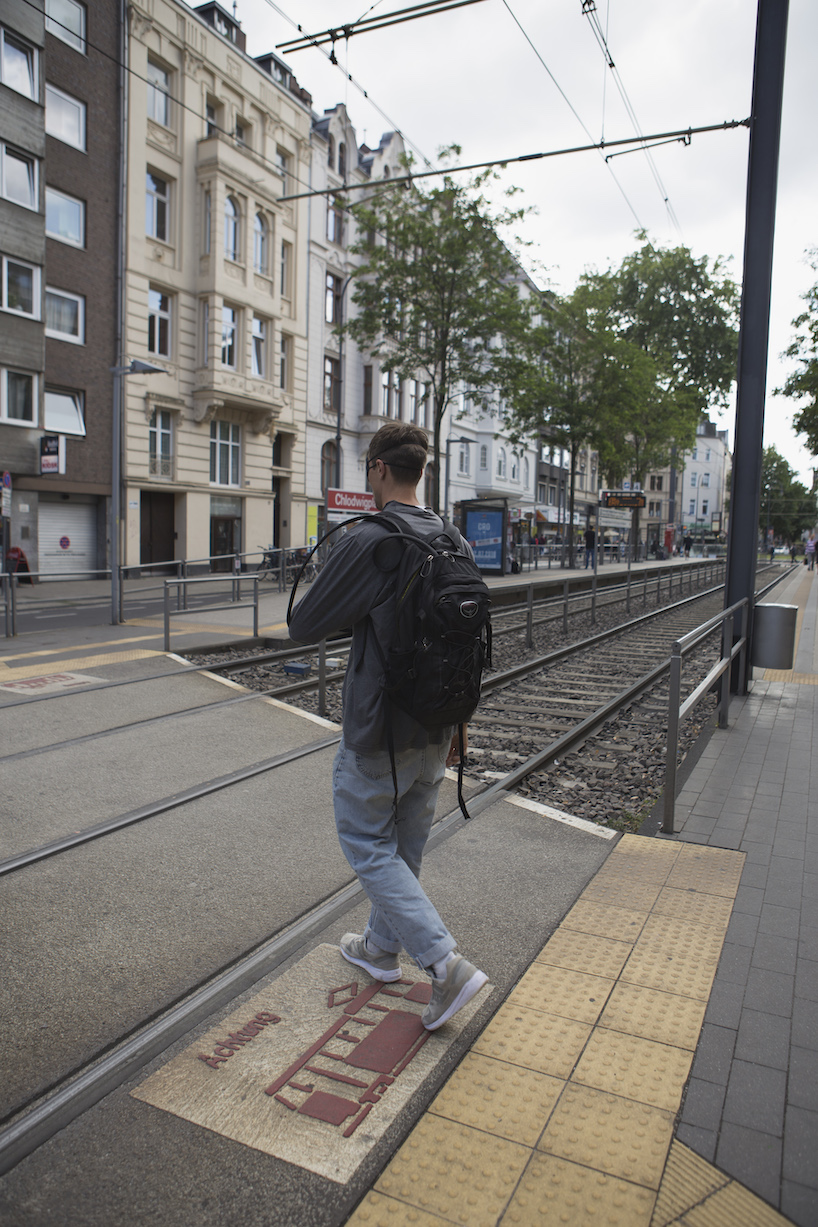 the user uses the vibrations to cross the tracks 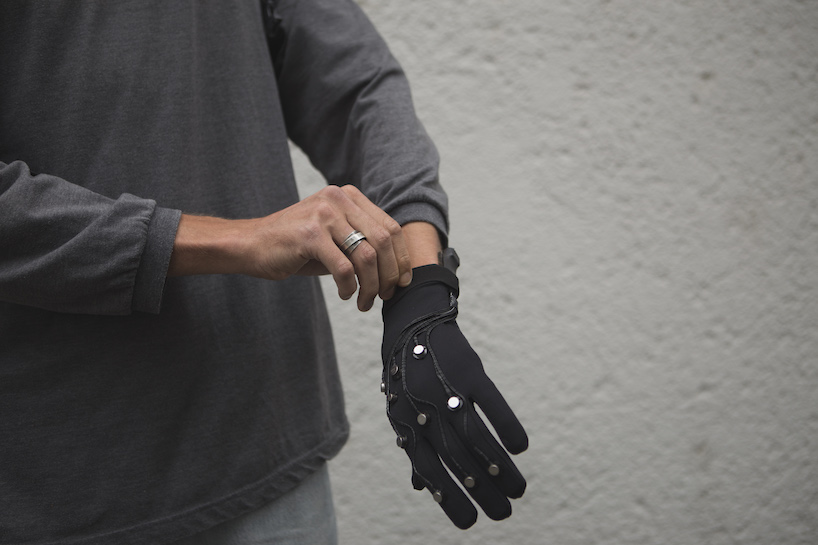 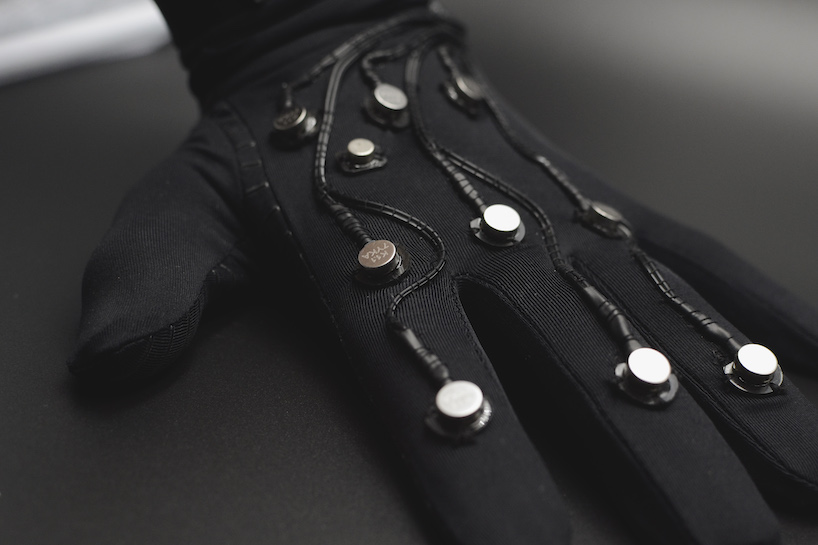 close up view of the wearable device 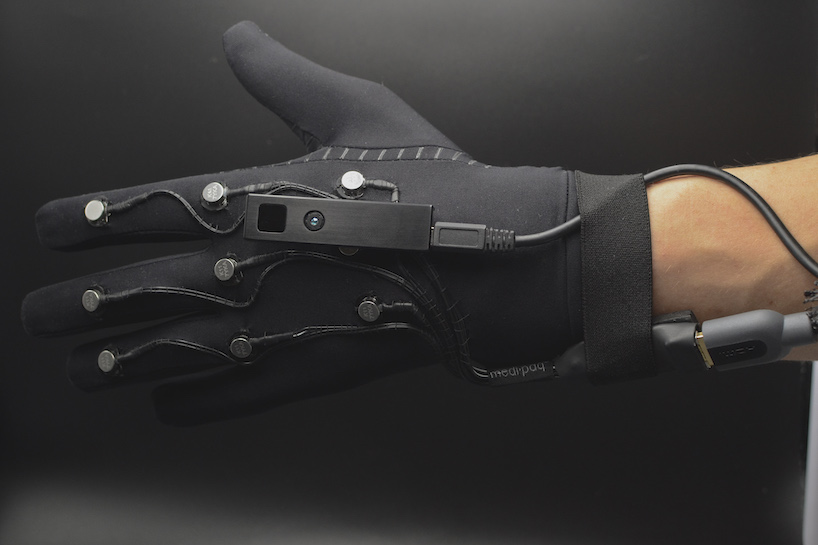 the vibration motors are positioned over the glove 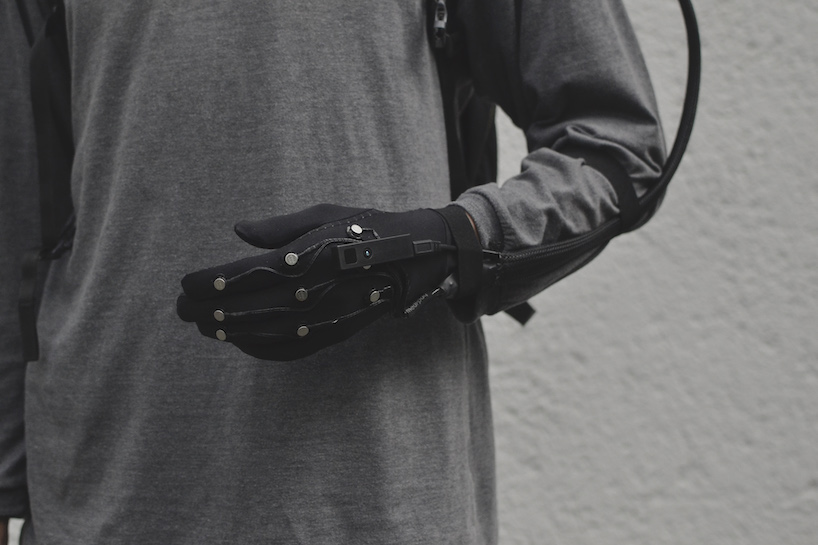 the prototype worn by a user 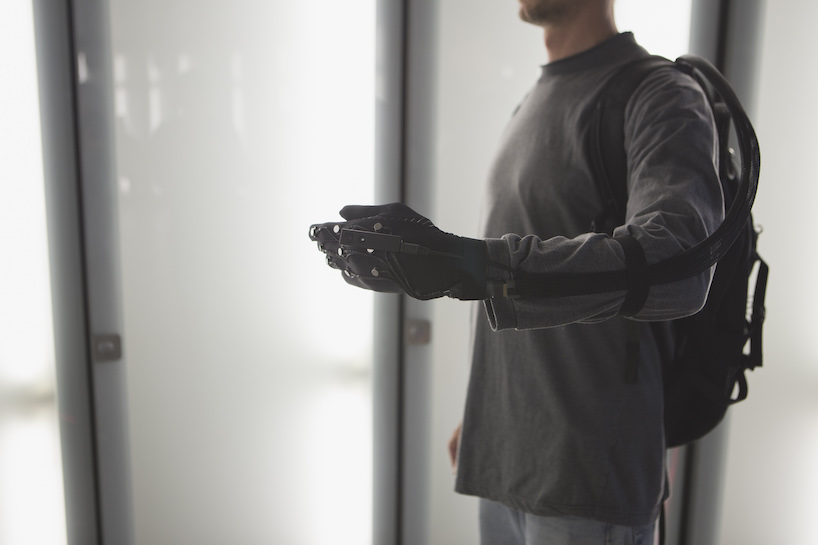 users can ‘see’ their surroundings 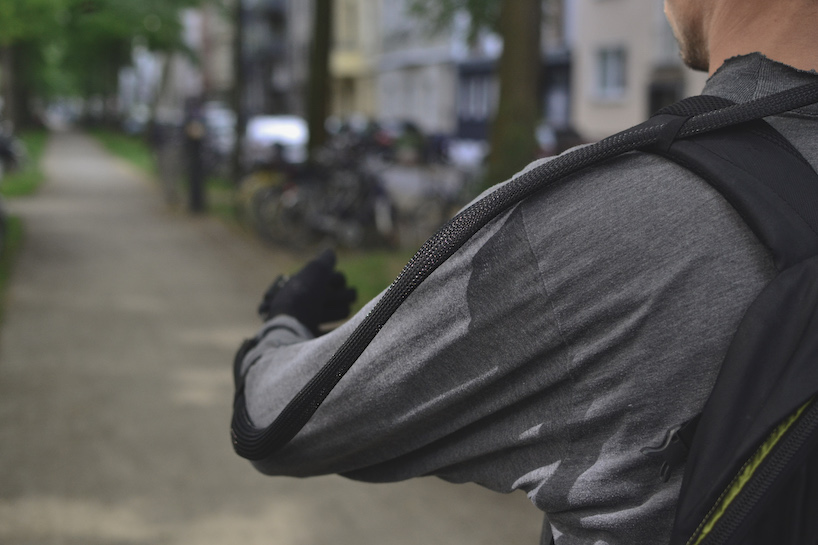 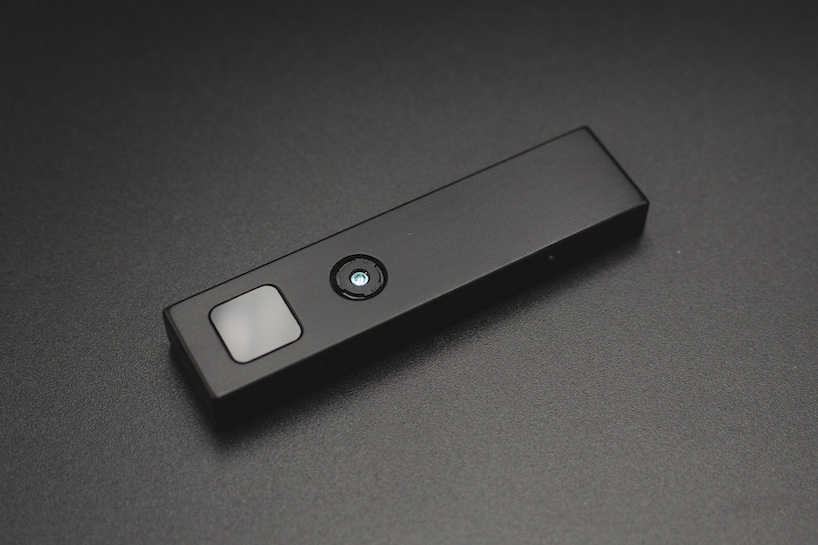 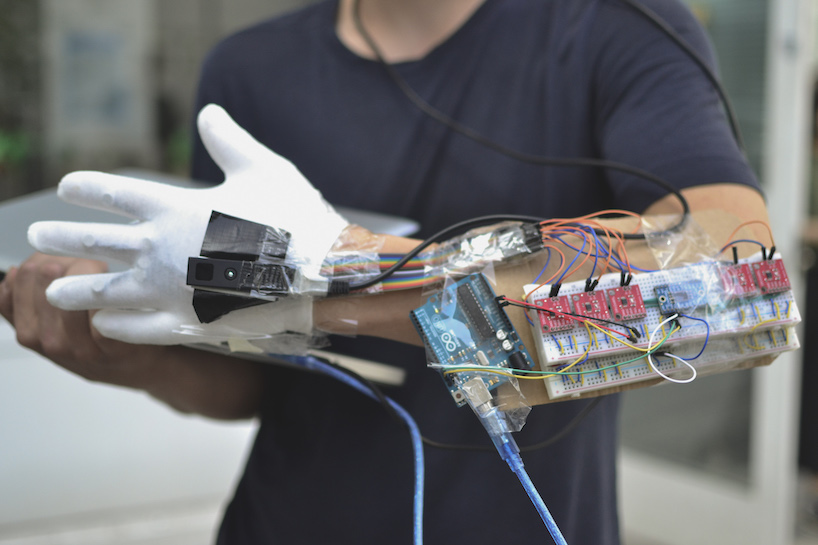 an early version of the working prototype