since starting in 2003, tesla motors has always been making cars, starting with its legendary red roadster, which was the first production automobile to use lithium ion battery cells, and then went to sell 2,250 units in 31 countries. influenced by its history, london digital designer jans shlapins created a tesla concept named ‘model m’, equipped with 201 hp electric motor that is doesn’t include any necessary transmission and is powered by lithium ion batteries tesla is known for. they system is mounted on an aluminum frame as low as possible for handling purposes for tight corners. where the gas tank is usually located, the designer incorporated a compartment for electronics and helmet. it also employs standard lightweight options like carbon fiber wheels, and panelling. jans shlapins tesla electric motocycle concept really might convince elon musk to consider branching out into the electric bike industry. 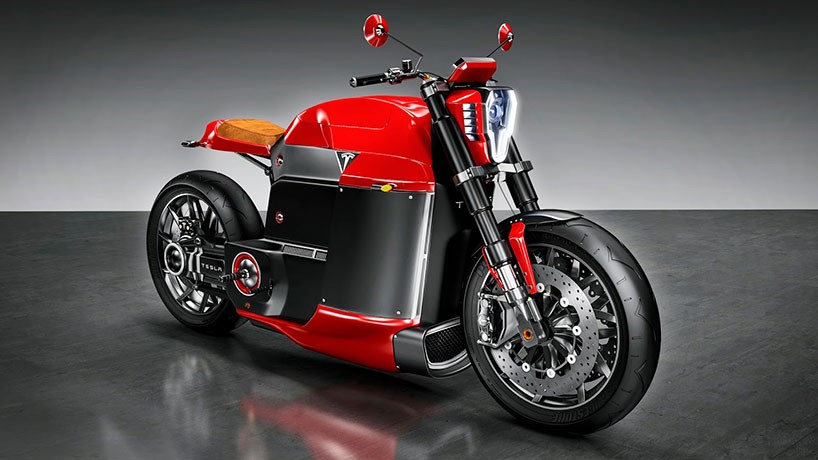 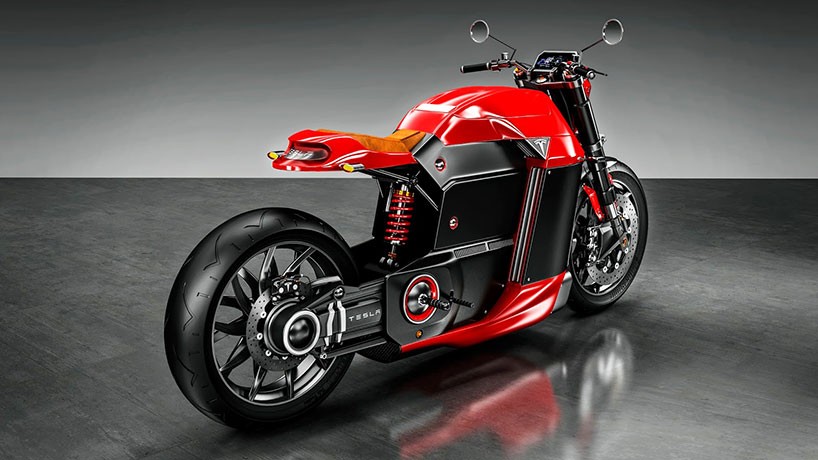 technical layout of the electric motorbike