for the first time since its launch into the atmosphere on june 4th 2017, the japan space agency has released images and movies from within the international space station (ISS), taken by the ball-shaped japanese experiment module (JEM) ‘kibo’ drone. the zero-gravity camera bot is said to be the first of its kind, capturing and recording pictures whilst moving in space under remote control from earth. as well as its exterior and interior structures manufactured using 3D-printing, the drone comes in abundance of AI adorability with a sleek black and white form and two large, bright eyes. 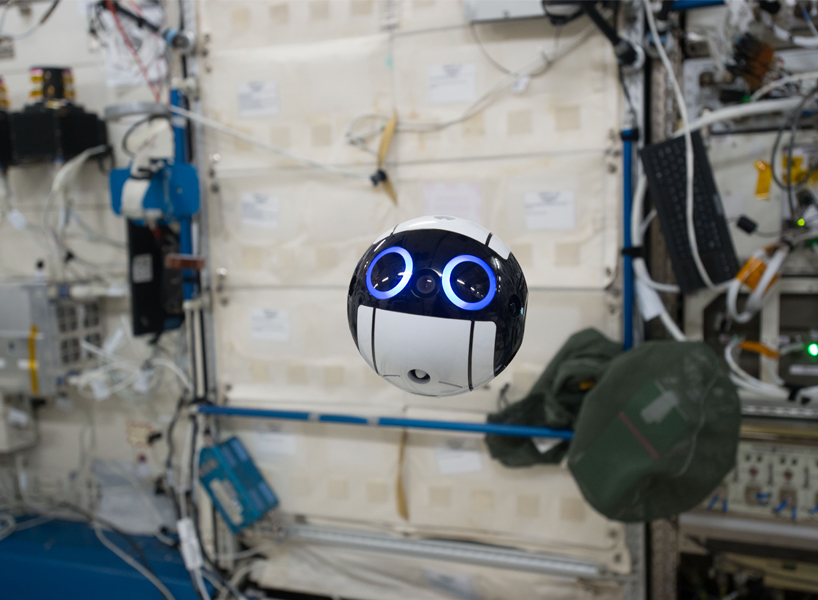 named the JEM internal ball camera, ‘int-ball’ for short, the japan space agency drone can autonomously move in zero-gravity, whilst recording still and moving images. this material can be checked in real time by flight controllers and researchers back on earth, enabling them to cooperate on ISS work quickly and from the same viewpoint at the crew. the project aims to progress the availability and benefits of robotics technology for future space exploration.