japan has unveiled its latest new generation bullet train which will be able to travel at top speeds of 400 kilometers (224 mph). called the alfa-x, the train is made up of 10 electric cars manufactured by kawasaki heavy industries and hitachi. the carriages feature a light green line running along their silver bodywork, but the most distinct feature is its sleek 22 meter (72 feet) nose. 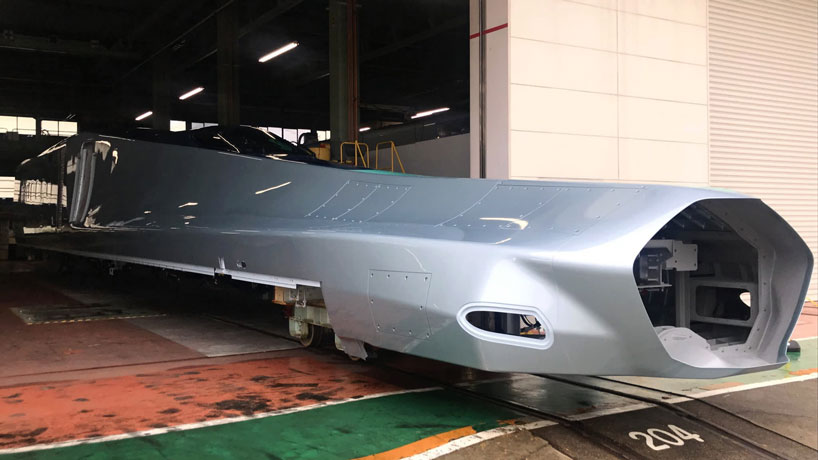 the new train’s speed surpasses the world’s fastest bullet trains which are currently in operation in japan and france, travelling at a maximum speed of around 200mph. alfa-X’s aerodynamic nose is dramatically elongated to cope with these extreme speeds, minimizing pressure and noise when passing through tunnels.

as well as the prototype’s current 72 feet nose, rail officials are reportedly also planning to test the train with a nose stretching 52 feet. according to the telegraph, they will analyze pressure and noise levels between the two noses when the train enters tunnels to determine the most suitable design. 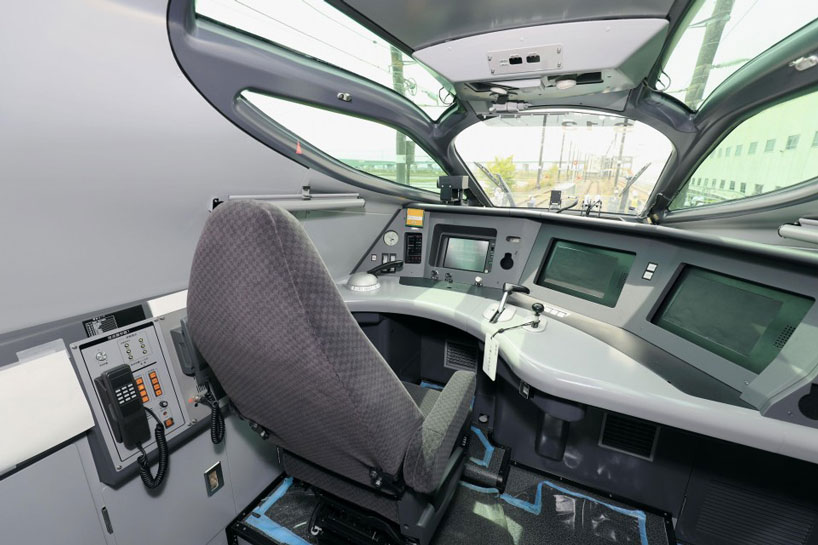 alfa-X boasts multiple high-tech features including vibration and temperature sensors. in addition to conventional brakes, the new bullet train will have air brakes on the roof and also use magnetic plates near the rails to slow down. specialist equipment on board will also help to reduce the impact of possible earthquake tremors.

the 10-car bullet train began test runs on friday (may 13, 2019) between the cities of aomori and sendai at night. these tests will be conducted over three years in the lead up to its scheduled debut in 2030.