japanese scientists, led by robotics professor hiroshi ishiguro, have revealed the world’s first news-reading android that has delivered the story of an earthquake and an FBI raid to reporters in tokyo yesterday, june 24th. AFP reports that two, extraordinarily life-like robots — ‘kodomoroid®’ and ‘otonaroid®’ led a live broadcast in front of an amazed audience of reporters.

‘kodomoroid®’ is a teleoperated android robot resembling a human child, who has the potential to exceed that of its human equivalent, reciting reports gathered from around the world in a variety of voices and languages. ‘otonaroid®’ resembles an adult female as has recently been ‘hired’ as a robot science communicator for miraikan, the national museum of emerging science and innovation. the two will be permanently exhibited there for the show ‘android: what is human?’, which the museum describes as ‘a unique and rare event which will provide visitors with the opportunity to communicate with and operate android robots, while shedding light on the attributes of humans in contrast with those of robots.’

designboom recently took an in-depth look at the laboratory of professor hiroshi ishiguro, through a photo documentation by london-based photographer luisa whitton, which you can see here. 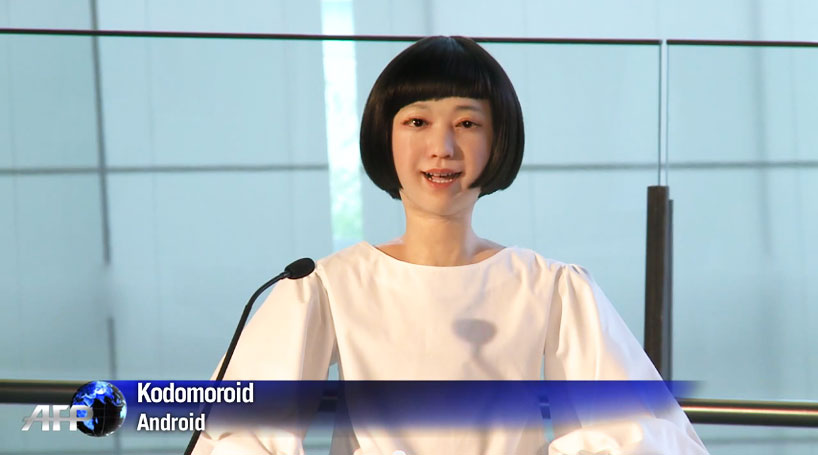 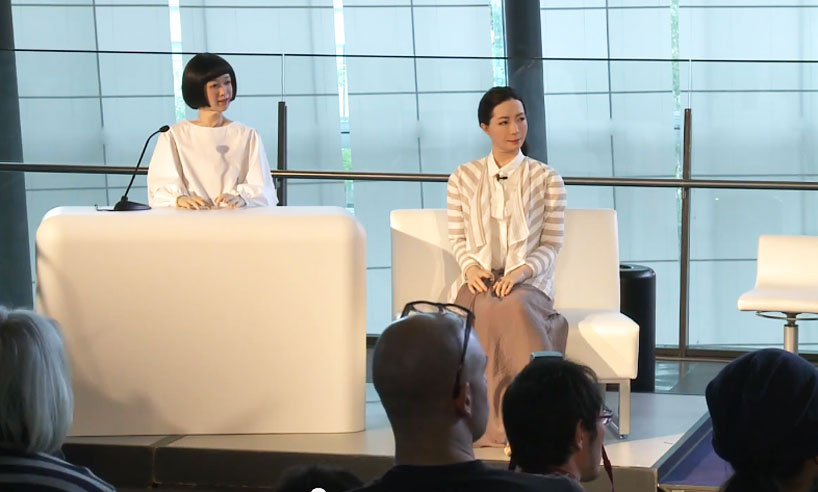