the business breakthrough (BBT) university in tokyo, who weren’t allowed to have a traditional graduation ceremony due to coronavirus, used remote controlled robots to hold a virtual graduation. also referred to as avatar robots, students called into the ceremony using video-conferencing tool zoom to display their faces on the mobile devices. 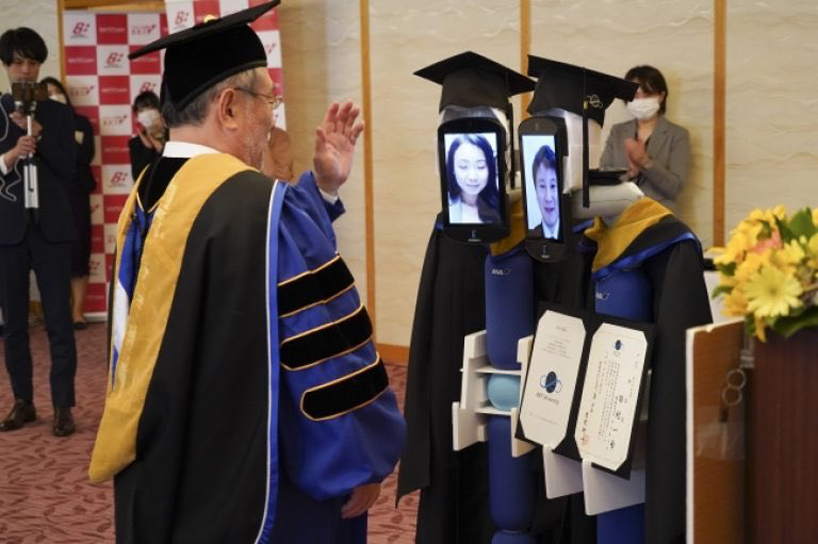 the newme telepresence robots were designed by ANA group and work as remotely controlled, customizable avatars. during the virtual graduation the robots, which were dressed in typical graduation caps and gowns, used tablets in place of the face allowing the students to see one another. 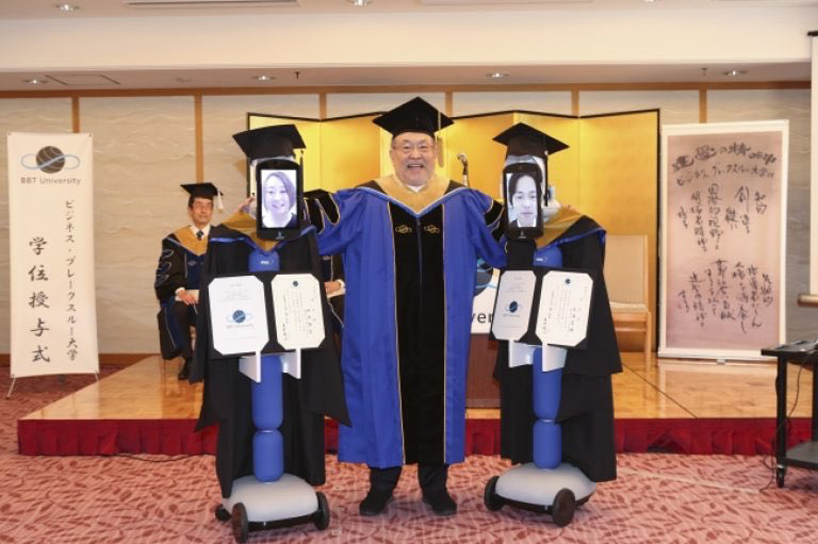 the ceremony was only partially virtual, with four students and a few administrators in attendance physically. when a graduate’s name was called, the avatar moved to the university’s president, omae kenichi, who stood on stage. the graduate’s face appeared on the tablet so they could experience receiving a diploma with the avatars controlled by the few graduates who physically attended the ceremony. 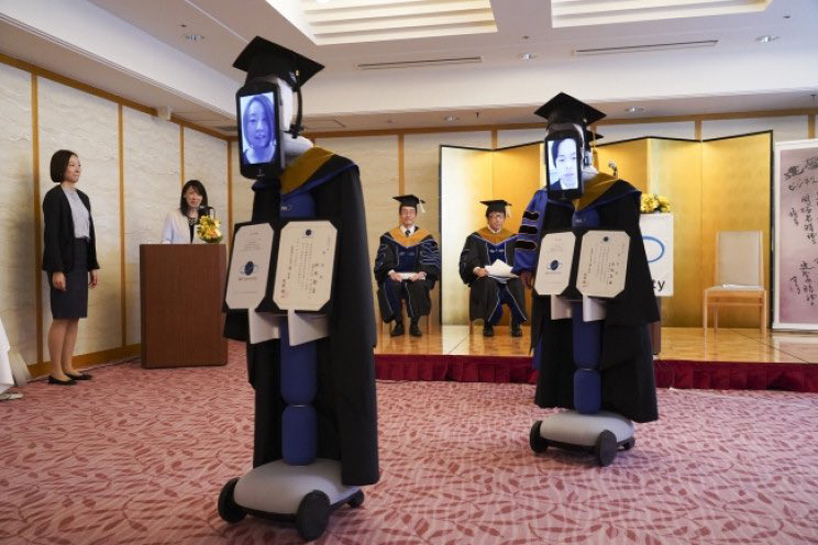 ‘we hope this initiative will be helpful to educational institutions who are having difficulty holding graduation ceremonies and entrance ceremonies,’ shugo yanaka, the dean of BBT’s global business administration, told LADbible.

one of the unnamed students said in a statement on march 31, ‘when I enrolled, I never thought I would operate my avatar and attend the graduation ceremony. however, receiving a diploma in public is a novel experience.’