‘soundsitive’ is an interactive sound object by chilean-born, france-based designer jc karich, functioning as both speaker and remote control, whose volume and track position are adjusted by intuitive gestures. users may move their hand slowly up and down above the object to control the volume, or quickly swipe a hand over the top in order to jump to the next track.

with an aluminum interior and a wooden exterior veneer, the prototype is compatible with mp3 files, and physically raises and lowers in addition to changing the volume of tracks. ‘soundsitive’ was on exhibition as part of designlab, organized by karich, martin de bie, and martin le tiec of the ensad lab, and showcasing the results of their own research alongside pieces by fifth-year students of paris’s ecole des arts decoratifs (ENSAD), created in collaboration with the MIT media lab. 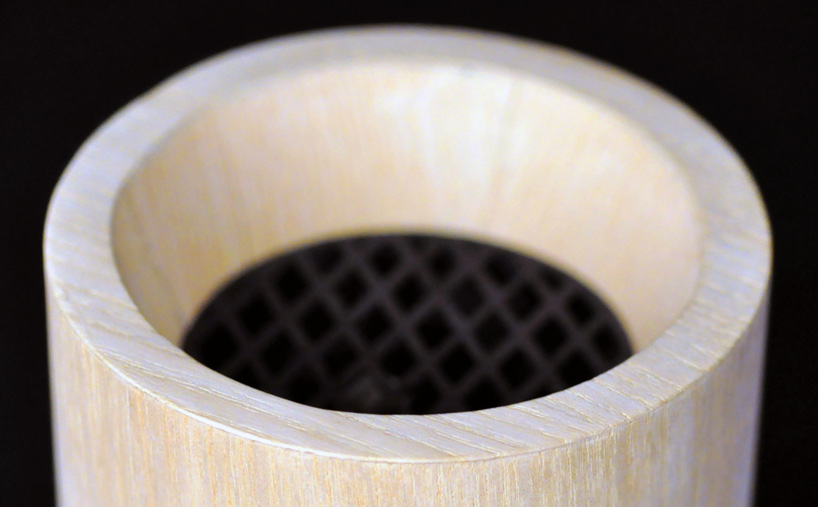 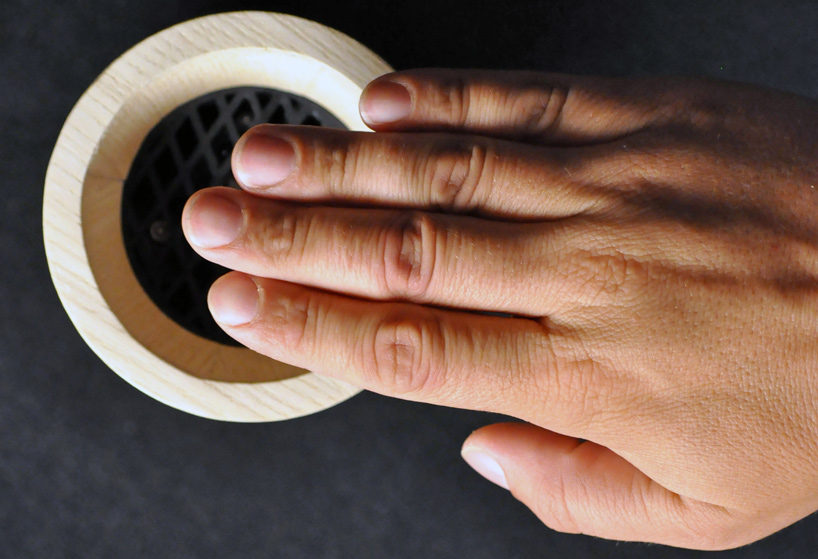 the sound volume and track position are controlled through intuitive gestures 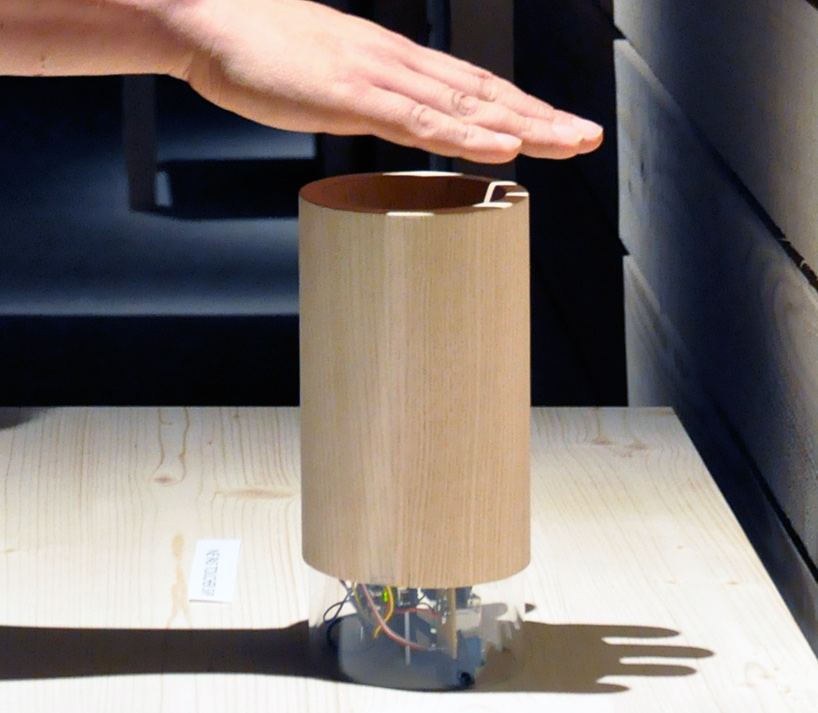 testing of an early prototype

the curators elaborate on the designlab exhibition: ‘one of the main ideas at the heart of this exposition is the appropriation of the principles of physics and existing technologies in order to integrate them, through hacking, into a creative process. they were adapted to meet the needs of innovation in the projects through a multitude of experiments. this approach led us to freely mix techniques, technologies and materials, both traditional and modern, creating a hybrid of sorts. you will see how designers re-invent their tools, develop “low-tech” technology appropriate to their projects and create intelligent materials, all to make the conception of interactive objects more accessible.‘ 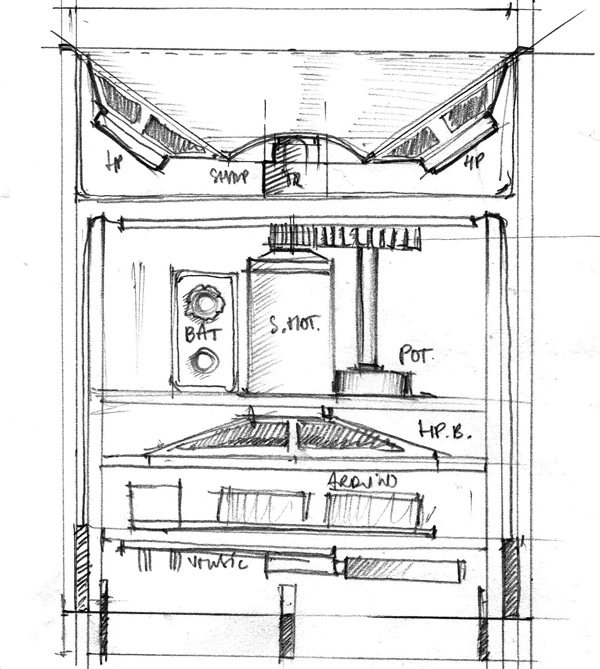 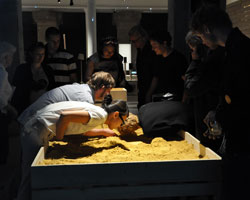