‘joggobot‘ is a flying drone robot, designed as a running companion to help joggers maintain a steady pace. the project is the work of exertion games lab at australia’s RMIT university, in a research group led by director floyd mueller and visiting multimedia technology researcher eberhard gräther.

equipped with a camera and tag tracer, the modified parrot AR quad-rotored drone tracks the jogger based on an orange-and-blue T-shirt marker. should it lose sight of the markings, it lands immediately. in ‘companion’ mode, the robot acts as a running partner, moving alongside the user’s pace; in ‘coach mode’, it works as a pace-setter or moving target, flying ahead at a height of about one meter at a speed set by the runner via a custom smartphone app.

exertion games lab has not noted specific production plans for ‘joggobot’, although they note that joggers’ attribution of human-like characteristics to their running mate during beta testing has encouraged the team to experiment with the use of more anthropomorphic physical attributes for the drone. 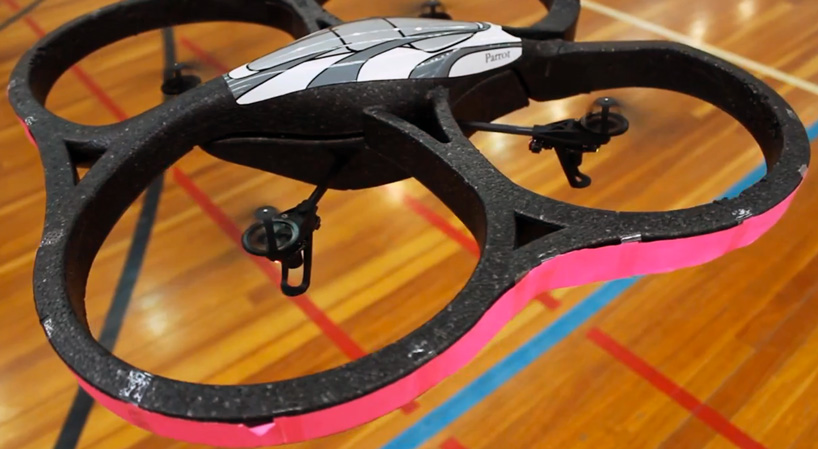 closer view of the ‘joggobot’ prototype 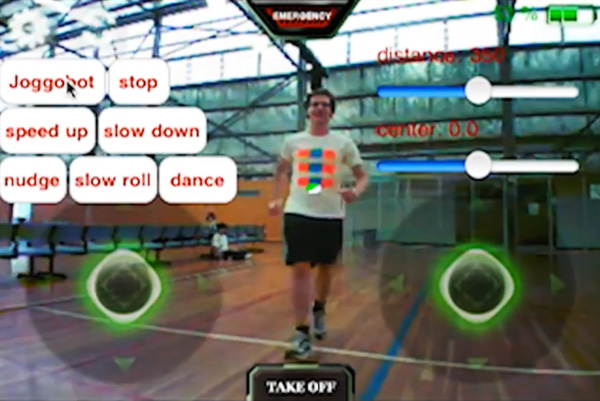 ‘systems’ view of the control unit for ‘joggobot’