once gameplay is begun, the receipt printer begins printing out a randomly generated racetrack, printed continuously over the course of the game as though each section were a subsequent frame in an animation. the effect lends dynamism to the otherwise static track, as users control the car left and right, avoiding crashing off course or into an obstacle. the car image, as well as a point tally and any text instructions (such as ‘start’ or ‘wait’), is beamed onto the paper from a small projection device. if the car crashes, it explodes into red pixels alongside the word ‘boom’, and initiates the cessation of the game and printing of a short summary.

‘receipt racer’ runs off a laptop using an openframeworks application. the program randomly generates the race track, sends the information to the printer, and during game play estimates the car’s position to check whether it has hit an obstacle.

the game was developed during the one-day ‘let’s feed the future’ workshop, organized by creative applications network as part of barcelona’s OFFF festival of digital culture. a digital version of the game can be played on the ‘receipt racer’ webpage.

video demo of the game 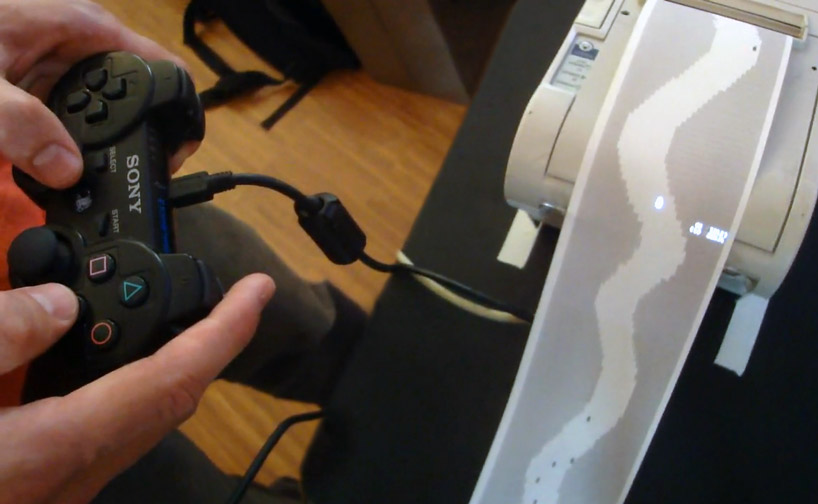 the projected car is controlled via gamepad 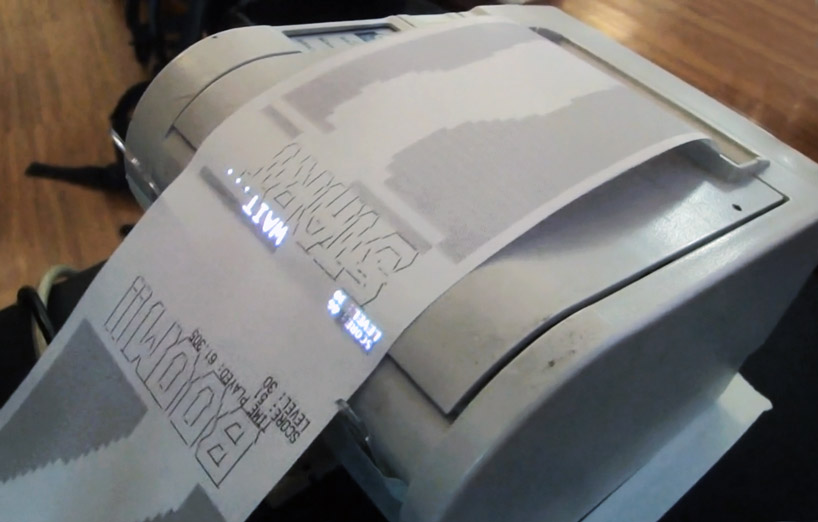 view of receipt printer, just prior to the game’s start 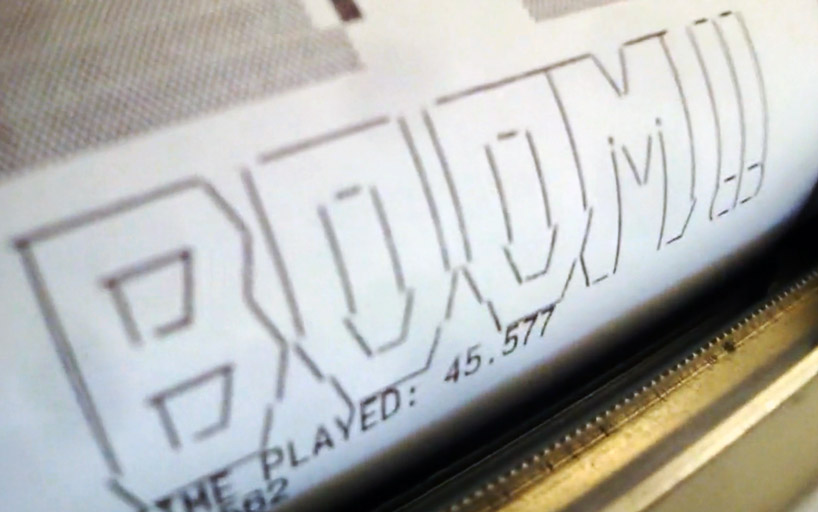 detail of end screen, which prints out the playtime, score, and level

infiniti digital art competition currently, designboom in collaboration with INFINITI is offering an international competition asking participants to design spectacular or interactive digital artworks,to be installed and displayed throughout europe. participation is open to applicants from every country in the world: to professionals, students, vjs, and design-enthusiasts.

registration is free and now open, through july 8th, 2011. for more information about the competition and how to register, click here.