Six decades after it was first launched, Honda’s Cub still makes scooter fans play around with its established design. A recent one comes from K-SPEED whose custom Honda Cub ‘COMBAT’ has entered its second phase with a fully customized version.

Those who did not make it during the custom scooter’s first entrance can now witness the revamped model of Honda’s CT125 Hunter Cub, starting with its rotating exhaust, large hooded tires, and small lights with widespread bursts. The new design with its matte-like exterior looks more than ready to hit the road nonstop. 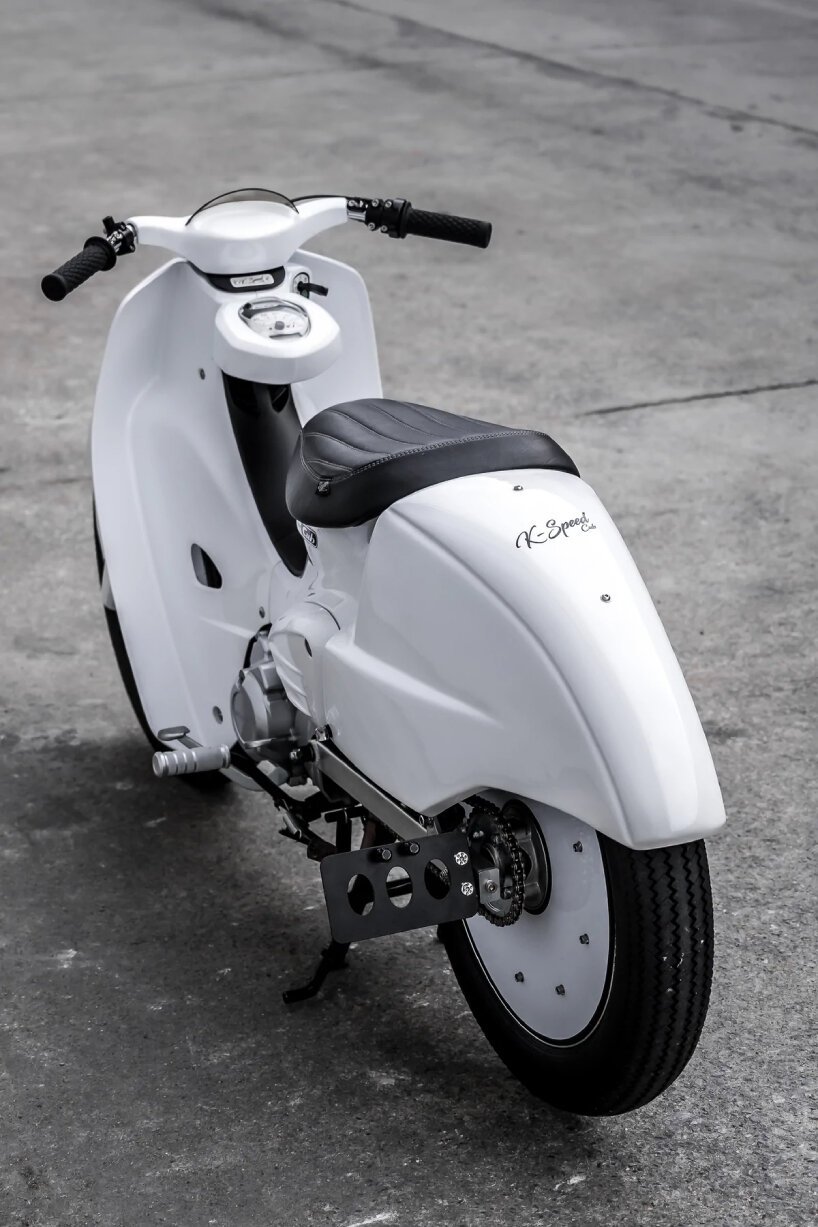 K-SPEED’s Cub COMBAT, from Honda’s CT125 Hunter Cub, prides itself on the sleek fenders that cower over half of the front and rear wheels of the scooter. It took the design team some fine-tuning, from the molds to producing them, before they could materialize the fenders to where they are today. The wheels are also custom-made, covered with a plate that hides the rim and brake disc. The scooter looks more like a cruiser with K-SPEED’s remodeling. 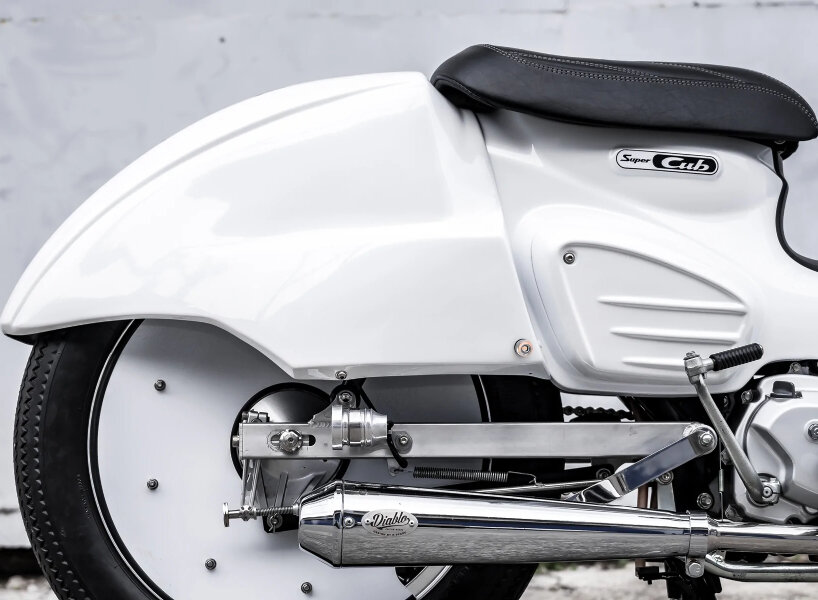 The handlebars didn’t escape K-SPEED’s touch as the team enveloped them with a custom skin. The design team added a small, tinted fly screen on the handlebars’ platform too. K-SPEED writes that it released the second phase of COMBAT due to its popularity with the viewers (the first one sold in no time, according to the team). The limited-edition custom Honda CT125 Hunter Cub ‘COMBAT’ is currently asking for around 9,400 EUR before fans can bring it home. 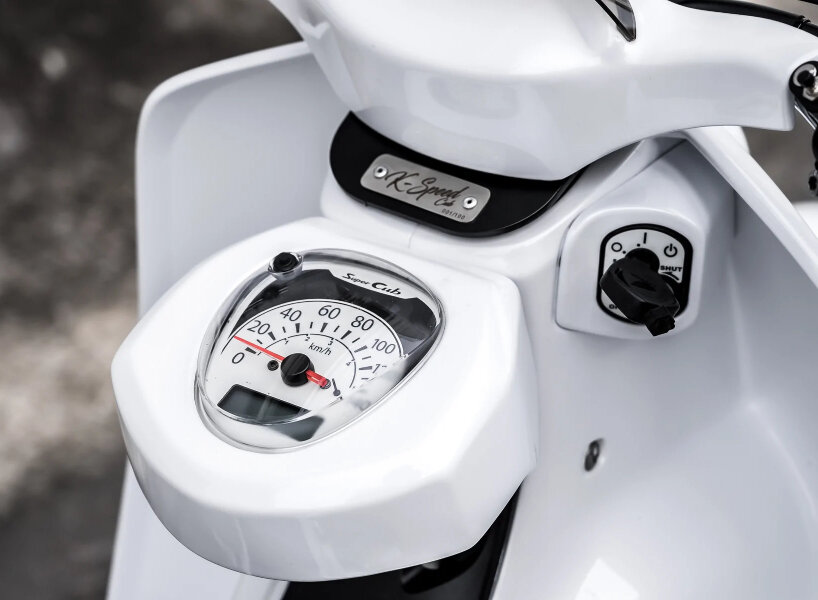 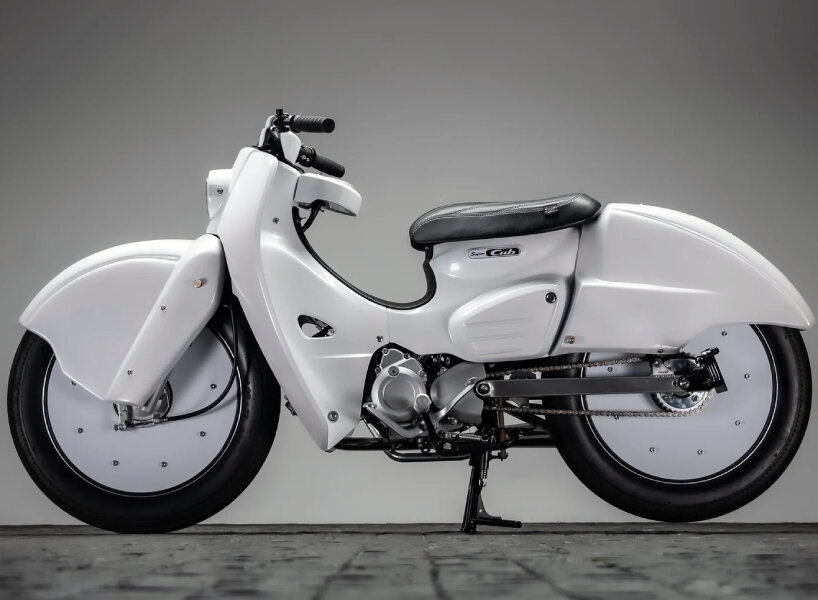 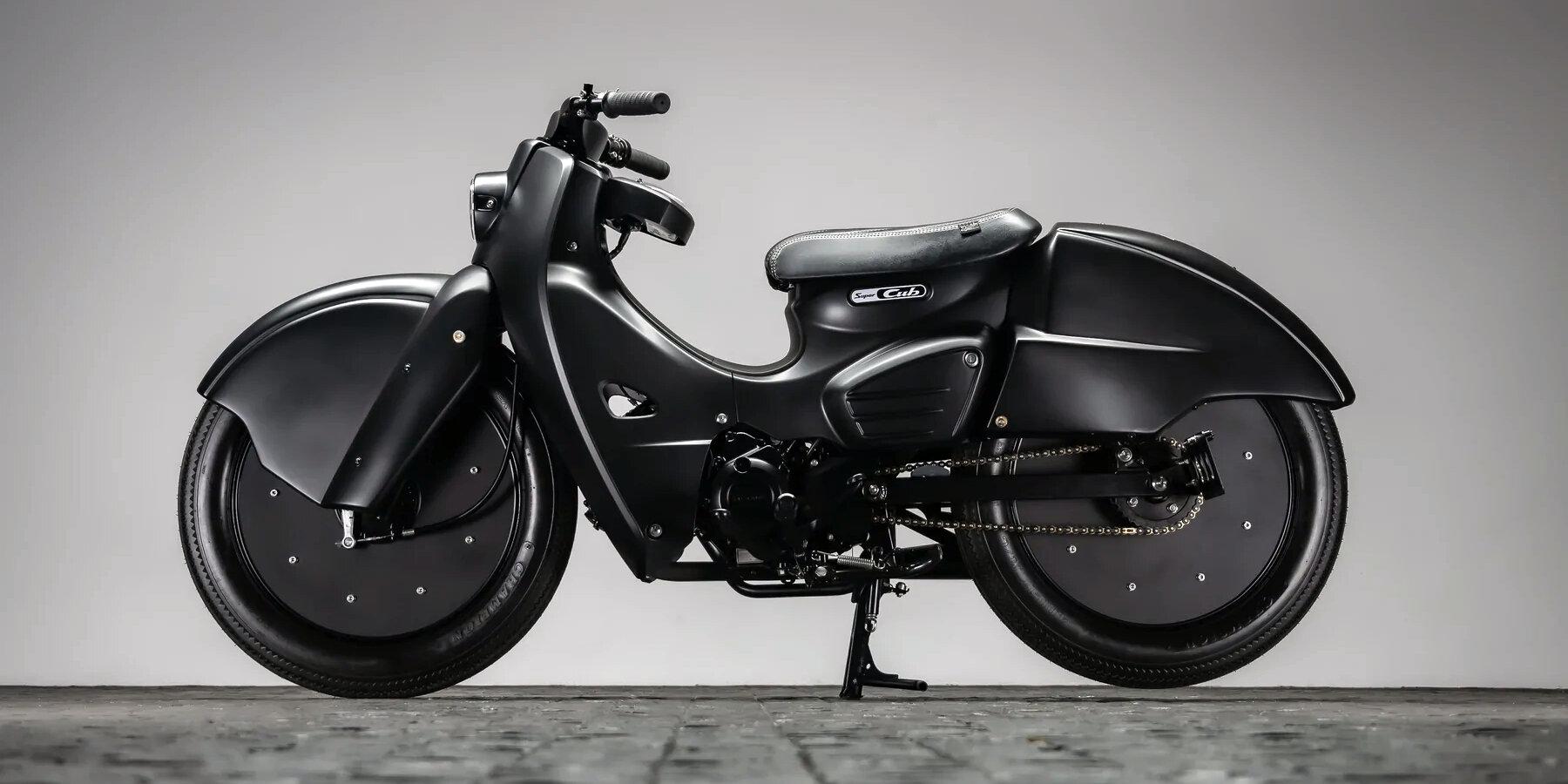 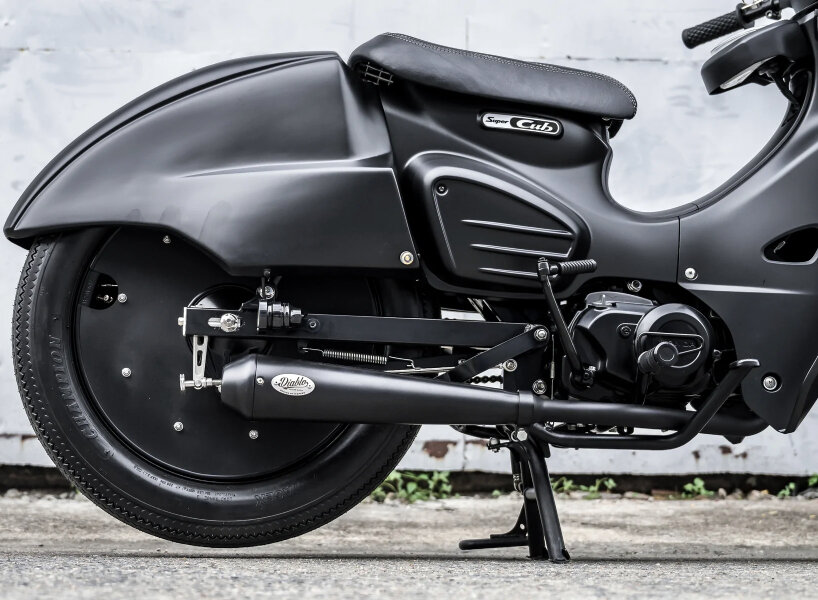 close-up of the black variant 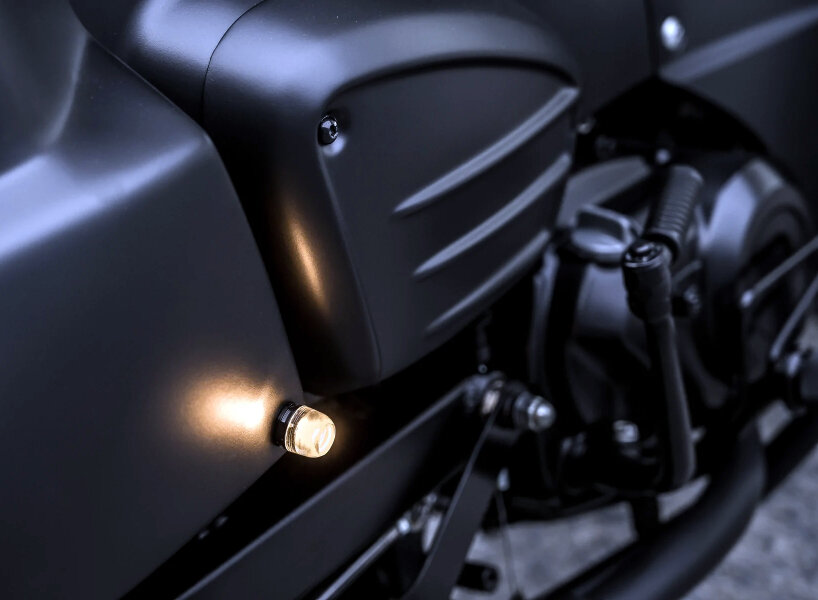 small light on the side