kahn design, the team behind the creation of many inspiring and aspirational vehicles, have recently teased an image of its customised land rover defender flying huntsman 6×6 concept. though little information has been released of the hefty vehicle, the team explains that the flying huntsman 6×6 soft top concept will bring ‘an element of adventure, engineering and romanticism to the most seasoned of defender owners and enthusiasts.’ 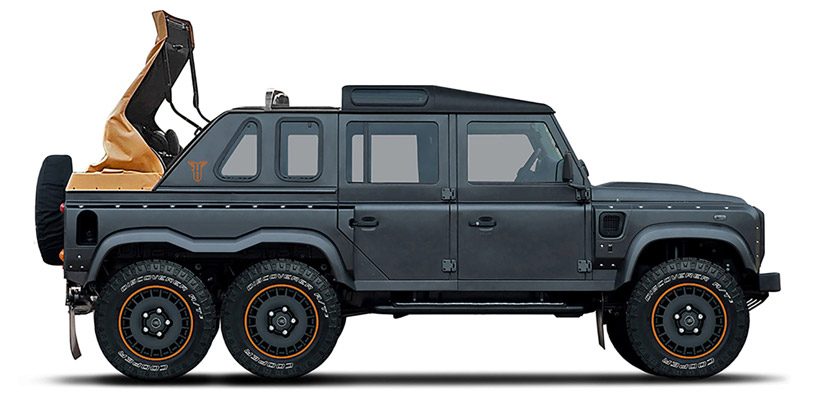 kahn design‘s newer soft top model might includes specs similar to its predecessor, the original flying huntsman 6×6 concept. it includes a bulkier front bumper, an aggressive grille, and the luxury off-roader is decorated with unique kahn badging. more information of will be released in the coming weeks and months ahead.