screenshot from the kaiser chiefs’s website for ‘the future is medieval’, which invites users to create custom albums using ten of twenty newly released tracks

for the release of their record ‘the future is medieval’, british band kaiser chiefs have reinvented the nature of album production and commerce, inviting fans to arrange tracks and create cover artwork for a bespoke album upon which they then earn royalties. the project was conceptualized and implemented by the band in collaboration with london-based creative agency wieden + kennedy london and b-unique and fiction record labels.

the steampunk-themed microsite for the project features twenty new tracks, each represented by a small object that users may preview by clicking. to include a song on the album, a user drags an audio cable into a jack below this token, selecting the first song by dragging the leftmost cable and the last by inserting the rightmost. once the song selection is complete, users move on to creating the cover artwork by arranging resizable images onto various backgrounds.

after finishing the design, the user may purchase his creation for 7.50 GBP (~12.3 USD), automatically generating a webpage that permits other visitors to the site to view and purchase the album. each sale of the digital album earns its creator 1 GBP (~1.6 USD). the user is also provided with tools to market his creation via social media. 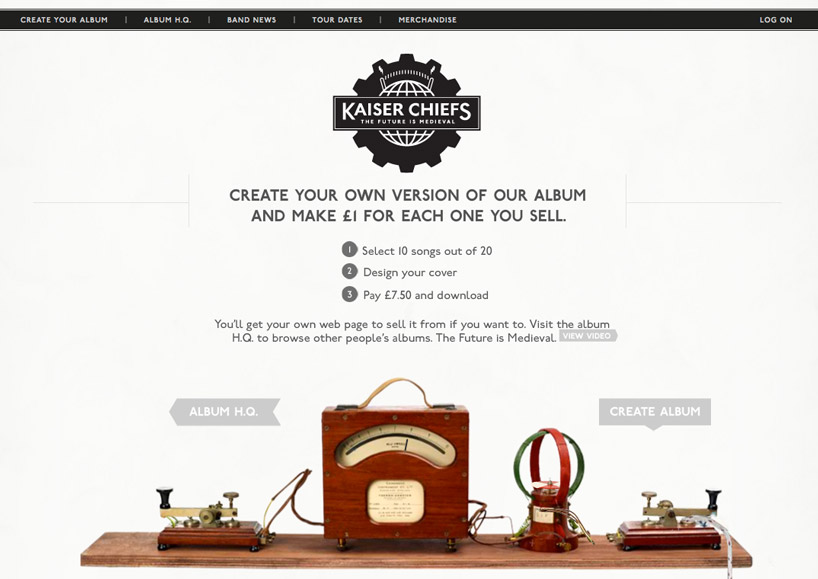 homepage for the microsite 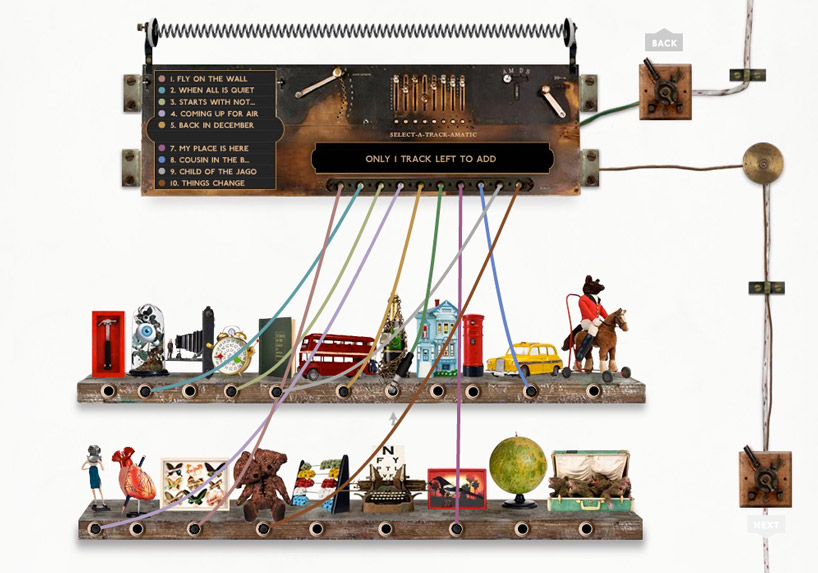 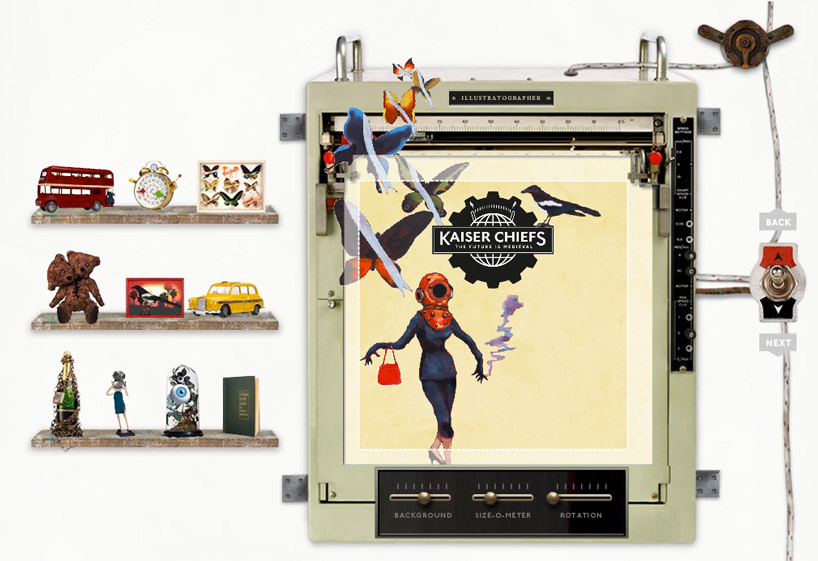 images from the shelves may be placed, resized, and rotated to create custom cover artwork 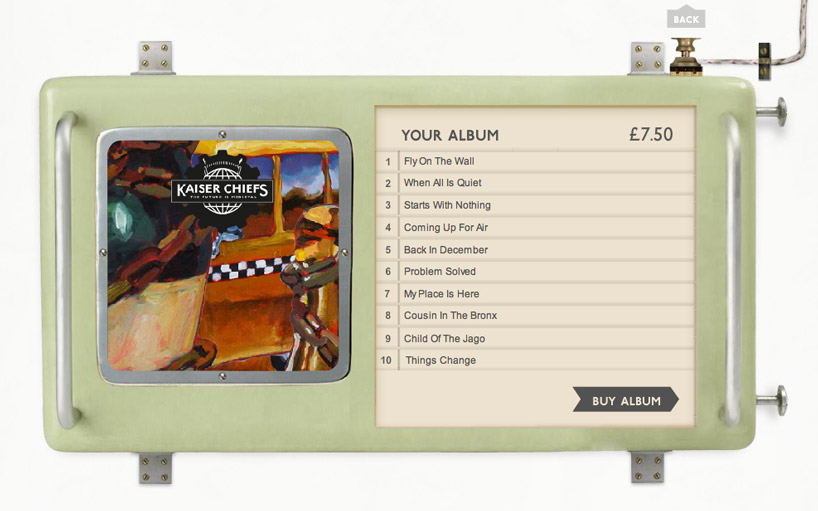 preview of a finished album 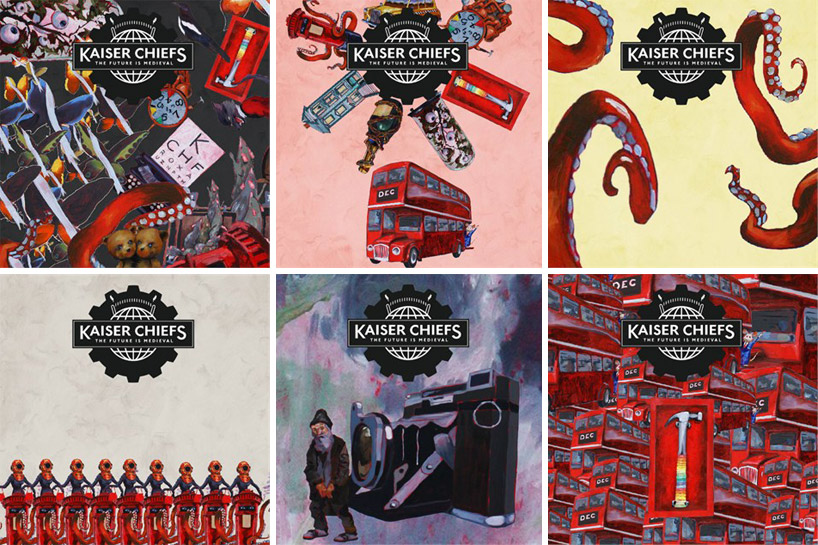