from the jakarta, indonesia-based design house behind the EV.500 and EV.1000, katalis sculpts the spacebar electric scooter that appears equally as monolithic as its predecessors, but is actually foldable. its design was inspired by the spacebar on our computers that inserts distance in between text. the idea is that the bike’s handlebars fold down and it’s railings can help carry items through our cities, such as shopping, luggage and more 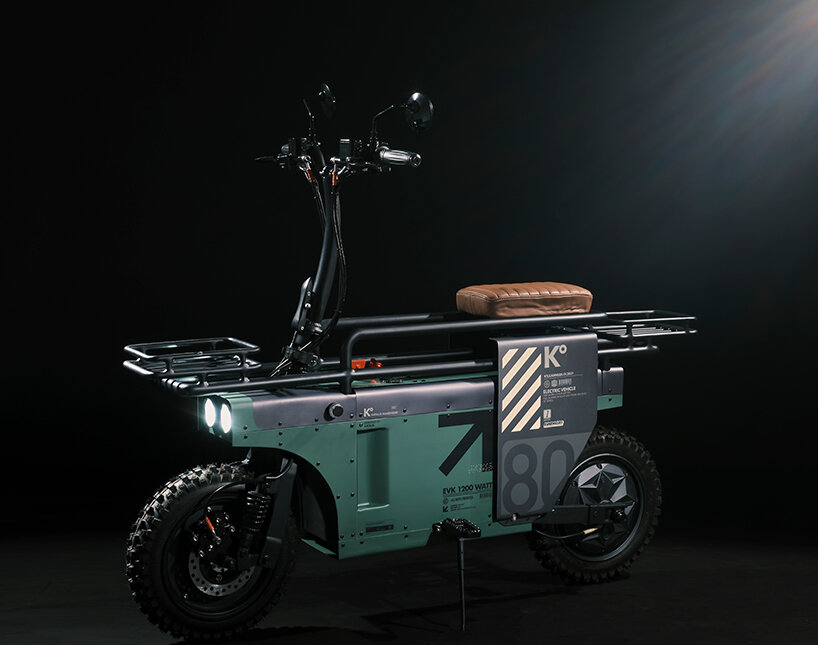 all images courtesy of katalis

the katalis spacebar was created in collaboration with another jakarta-based multi-disciplinary designer, called kamengski. it distinguishes a unique, rectangular form made from aluminum, which is then coated in a teal color. various visual accents in silver and dark grey split up the monolith into multiple bodies. the railing system and then a carefully considered seat design complete the scooter. 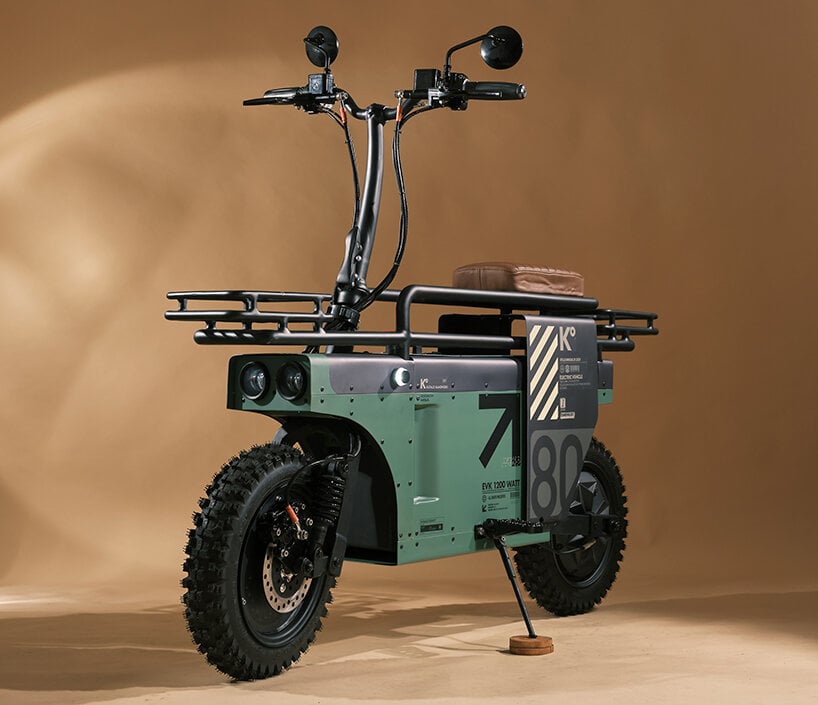 despite being in small in size, the city scooter is anything but in terms of power. it is equipped with a completely electric 1200w motor. ‘spacebar is able to manoeuvre through the busy streets of the capital city, to support its rider’s daily commute. yes, it is small but fierce, like a piece of chili,’ states julian palapa, principal designer of katalis. 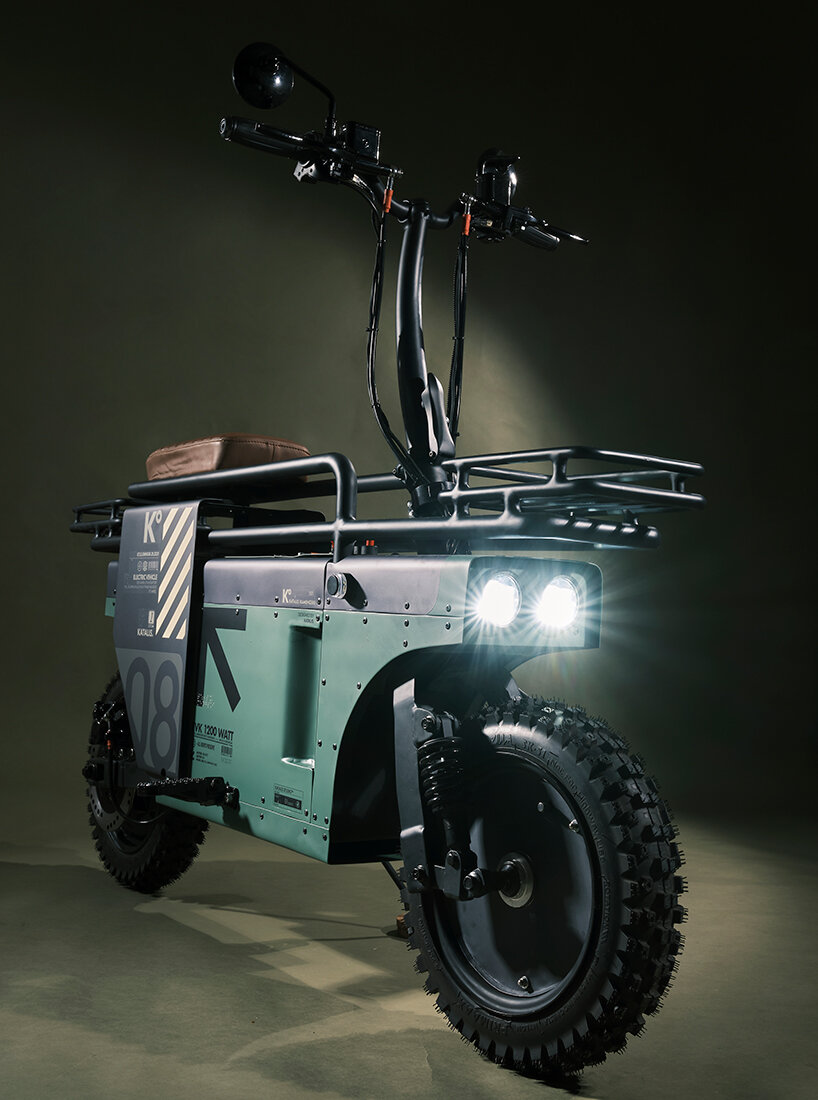 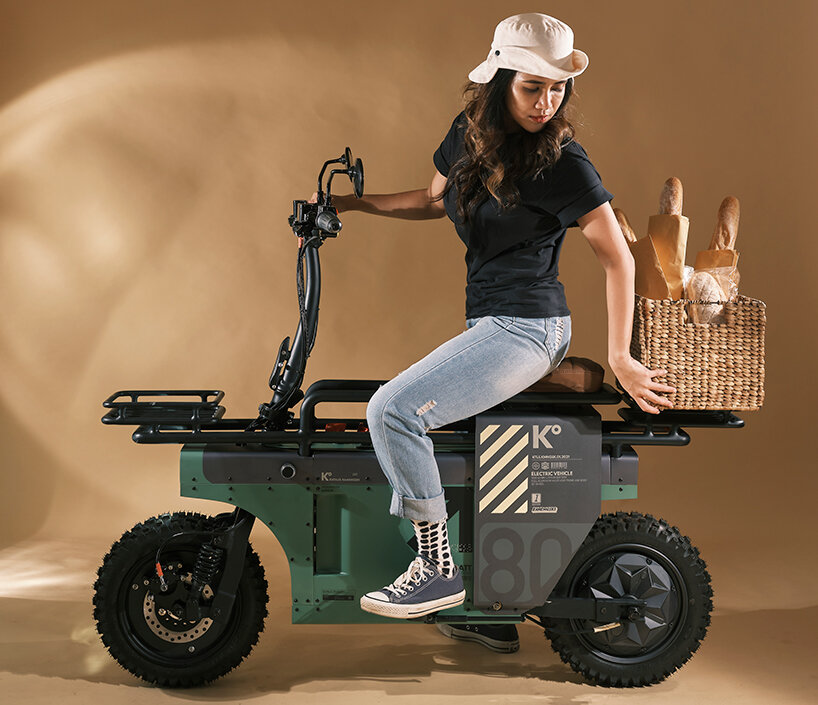 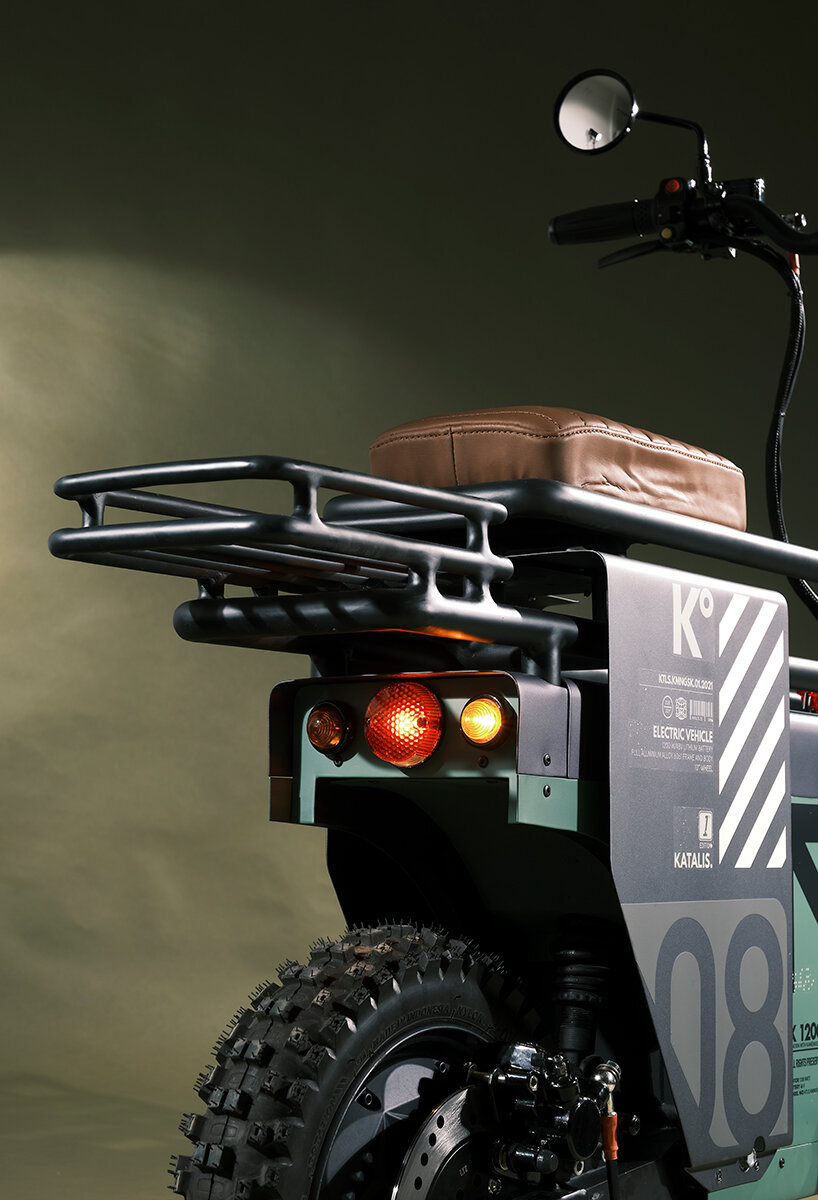