during this year’s NYCxDESIGN, a tricolored pavilion woven of red, white and blue plastic mesh popped up in times square. looking closely, the colorful walls of the installation are in fact not ‘walls’ at all, but have been created with a futuristic plastic chainmail-like fabric that goes by the name of kaynemaile.

the mesh — made from a recyclable polycarbonate — has been created by lord of the rings set designer kayne horsham, who became rather practiced in the art of designing and creating chainmail during his work on the fantasy trilogy for which he wove millions of rings into armor robes for viggo morteson and orlando bloom alike. the patented plastic mesh is already being used by architects to create, divide and protect building interiors and exteriors around the world. 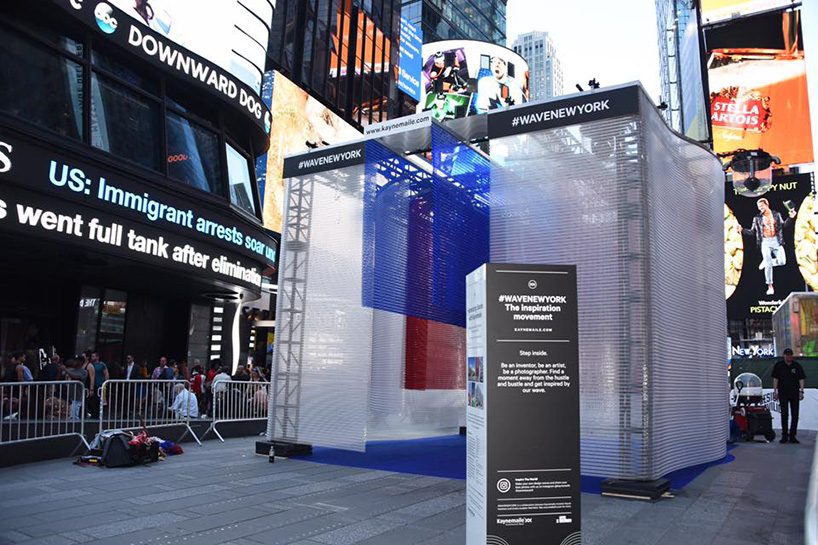 after hours spent hand assembling chainmail suits during his lord of the rings career, horsham came to the idea that there must be an easier was to create fabrics of a similar structure without interlinking each loop by hand. to produce kaynemaile — which was awarded best architectural product at the NYCxDESIGN award — horsham experimented to produce a seamless plastic mesh via an injection moulding process, eventually creating a 3D material made up of solid rings with no joints or seems. this means that kaynemaile can be produced in unlimited sizes, using a wide range of colors. the fabric itself is made from a recyclable, UV stabilized high-spec polycarbonate, which is resistant to fire and almost impossible to damage. 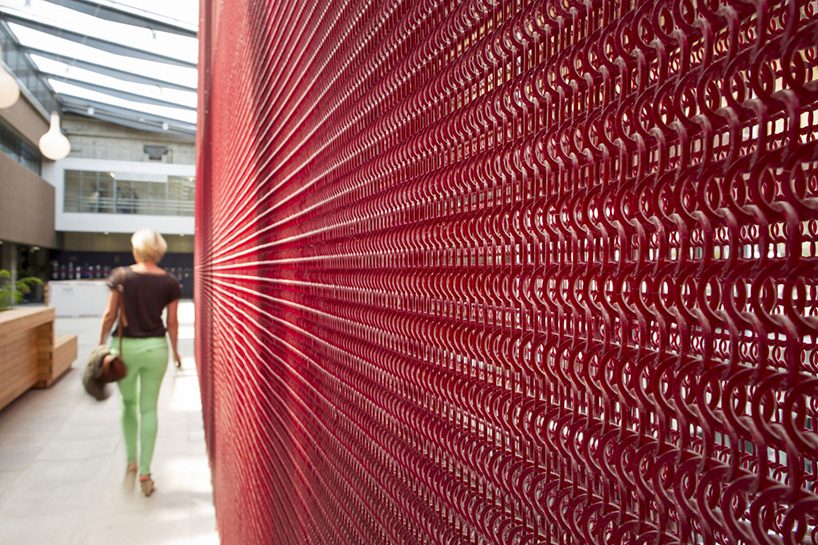 the mesh is already being used widely around the world, forming dividing screens in a new zealand airport, walls in aukland university campus, and a carpark facade in australia. just as apt for interiors as exteriors, the material works as an effective wind and rain screen due to its cross-sectional density. with two layers of mesh, weather penetration is lowered to just 5 per cent. the architectural armour is also apt to keeping out the sun, letting you control the level of light entering a building down to 75 percent. in fact, it’s not all that surprising that kaynemaile is so strong, since the mesh is made from the same material as astronaut helmets. 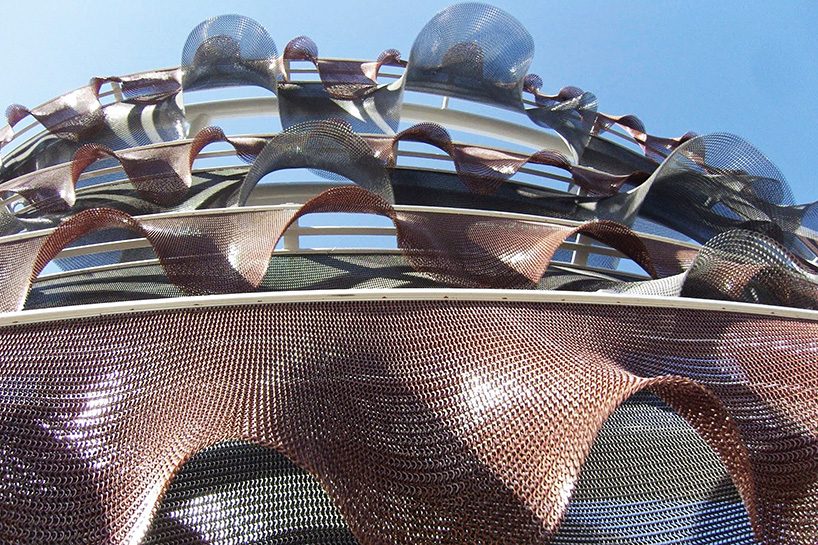 besides being recyclable, the material ranks highly on the eco-scale, since it takes just 1/8th of the energy needed to create metal chainmail.  the lightweight plastic mesh is expected to stay strong for a full 20 years, and won’t melt or go brittle in adverse weather conditions. where metals might corrode or oxidise, kaynemaile holds true to its tensile strength. stronger and lighter than glass, the fabric weighs just 3 KG per square meter, making it a perfect choice where a low static load on building is required. ‘kaynemaile is the link between art and science’ explains horsham. 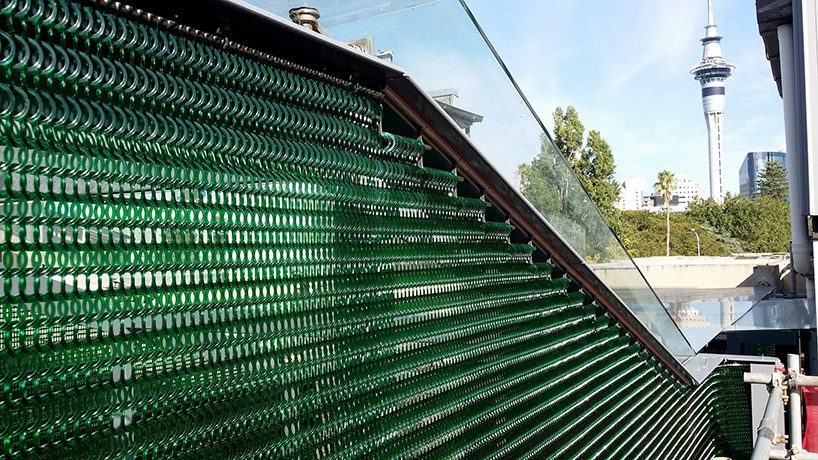 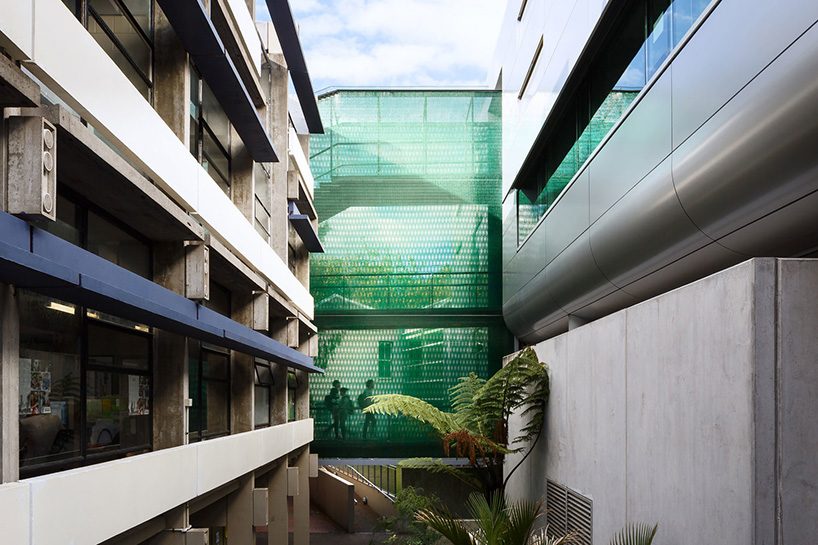 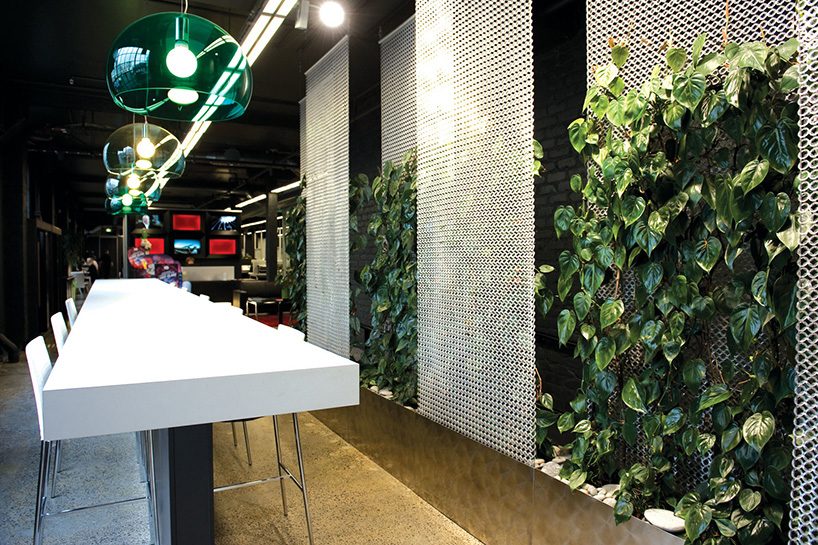 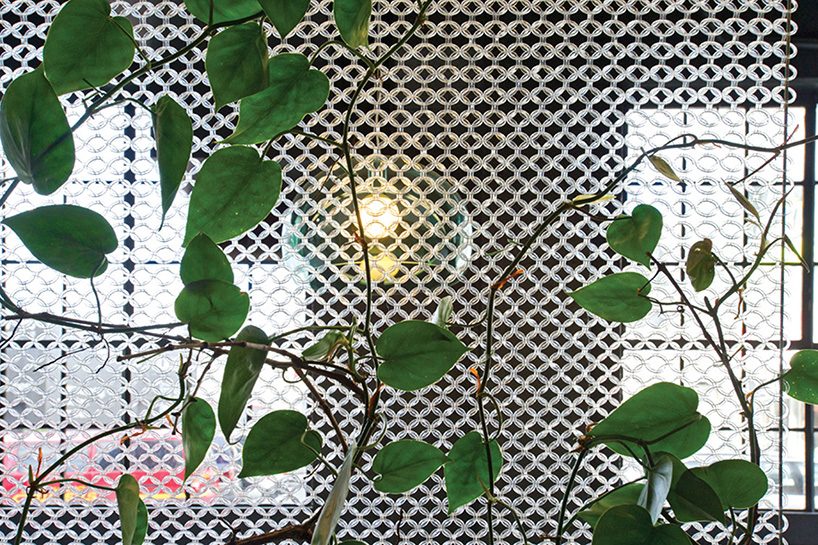 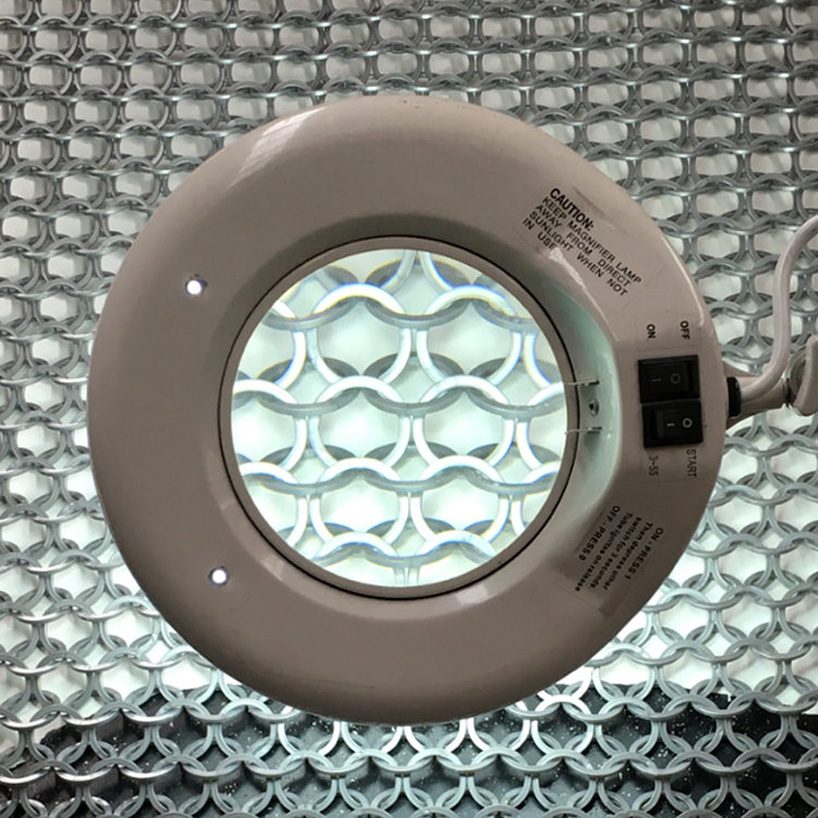 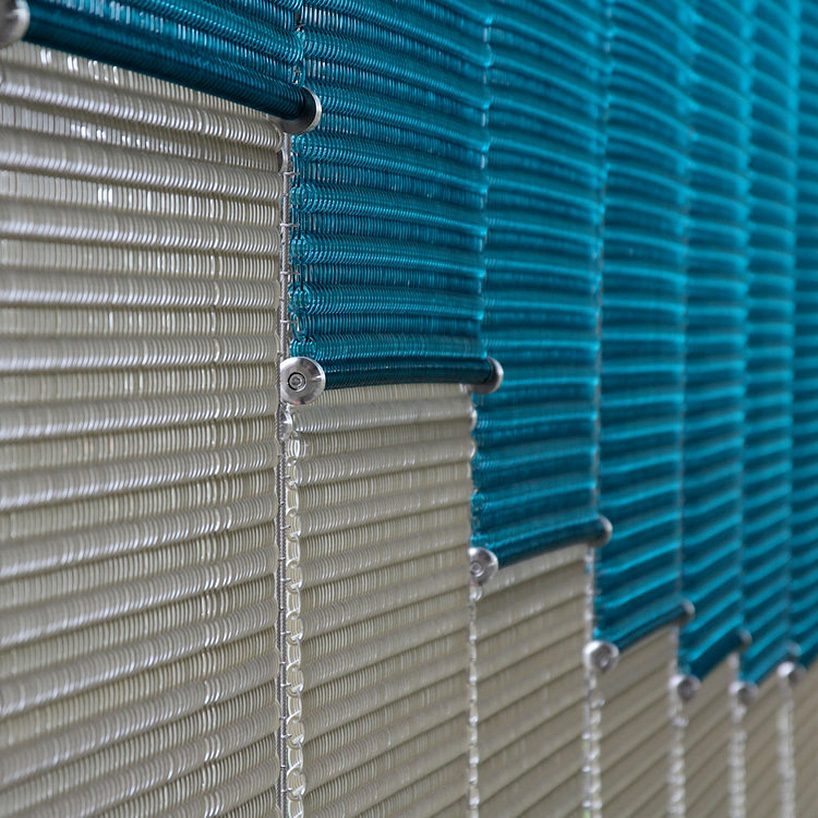 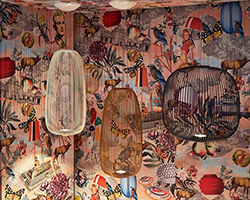 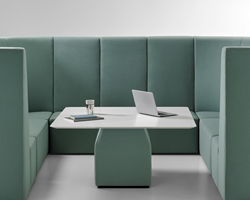 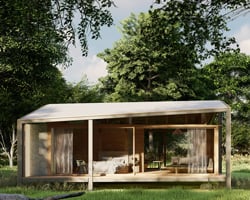 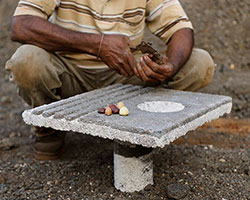