earlier this week motoring company kia announced their ‘pop concept’, a new three-seat car  which will be unveiled at the paris motor show on september 30, 2010.

the full-electric pop is relatively tiny, measuring just 3000 mm long. it will be the first kia to enter the ultra light market if it goes into production. unconventional LED head and tail lights are also employed for a zero-emissions concept that kia says ‘brings design chic and dramatic styling to the city car segment’. more details will be revealed in september. 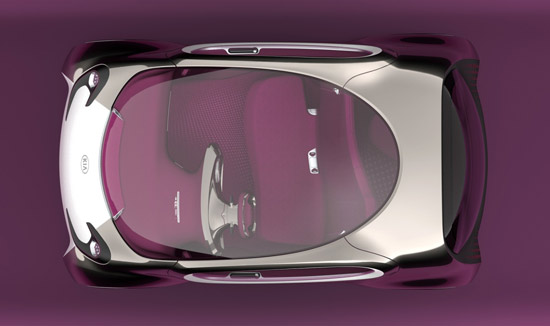 a main feature is its glass roof 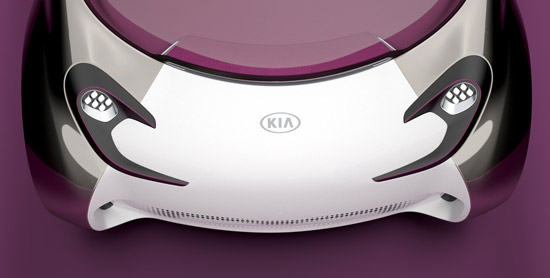 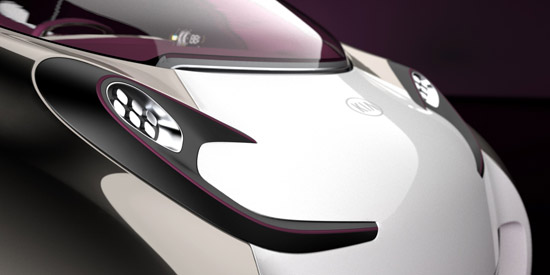 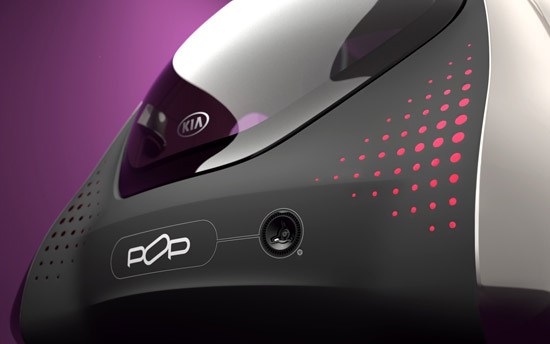 the back end of the car