there is a metal kilogram weight deemed so valuable it resides under lock and key in an underground vault in paris. for over a century this relic has been kept safe, protected by three vacuum-sealed bell jars. it’s called the international prototype kilogram, or IPK, a block made of platinum and iridium that defines, not only the weight of a kilogram, but every weight in the world. the world’s scales are also defined according to this weight with copies of it distributed around the world to calibrate every sort of weighing device, from supermarkets to bakeries. and so, since its creation in 1889 its purpose has been to simply exist.

on november 16th, officials from the international bureau of weights and measures, which regulates the metric system, voted on the decision to remove le grand k from its post. the reason? to replace it with something more reliable: the planck constant. the planck constant a definition of the kilogram based on a fundamental constant of nature that can be measured with a special instrument and, because it’s part of the fabric of our reality, it never changes. 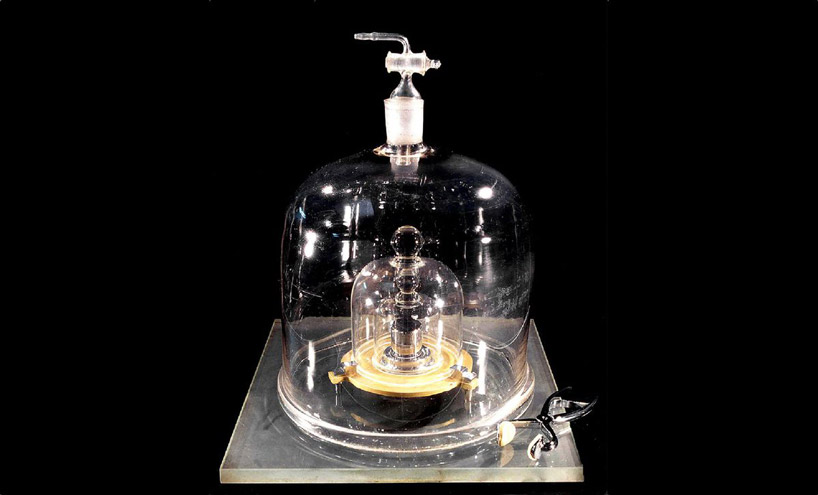 the point is that le grand k has lost atoms over time and therefore mass. this means that when it is compared to the various copies, which happens only once every 40 years, callibration is inaccurate because the weight has lost the equivalent of an eyelash in weight. it sounds ridiculous but in reality this could have wide repercussions: where a wrongly measured bag of sugar would most likely have no impact on anyone, a mistake in the dosage of pharmaceuticals could have dire consequences. 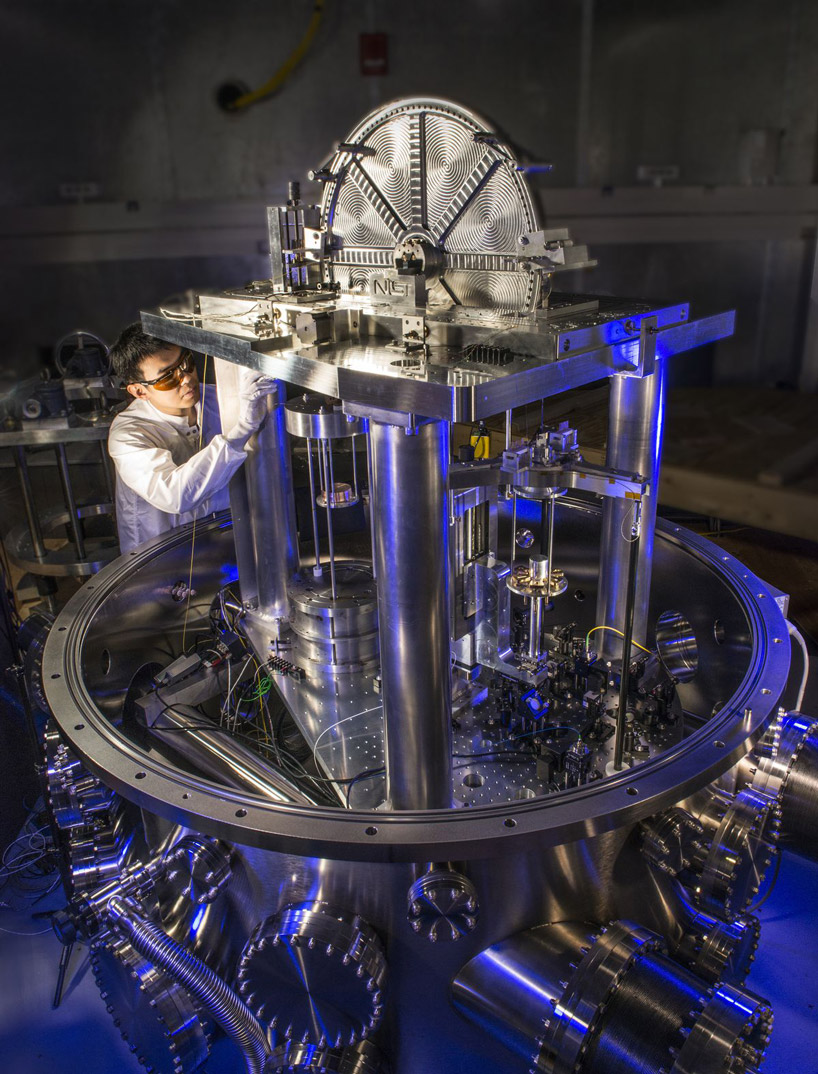 the alternative is the planck constant, defined as 6.62607015×10−34 joule seconds, which can be found by dividing the amount of energy a particle of light or ‘photon’ carries by its electromagnetic frequency. it describes the behavior of particles and waves on the atomic scale depending on three units: the meter, kilogram and second.as the second and meter are measured and defined by the speed of light, they can be used with the fixed planck constant to define a kilogram. the instrument necessary for this is known as the kibble balance, invented by british physicist bryan kibble in 1975. the kibble balance works like a traditional set of scales but instead of weighing one mass against another, it weighs mass against an electromagnetic force which can be measured extremely accurately. 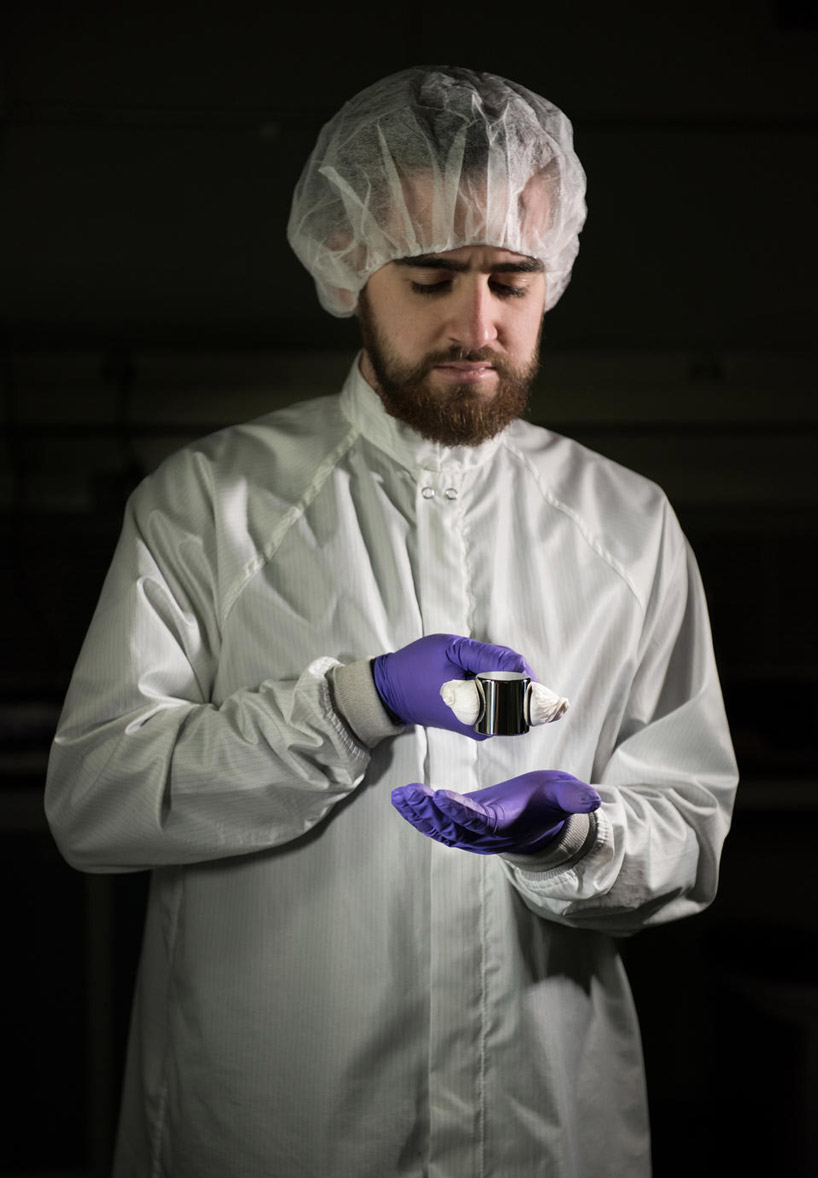 one of the NIST’s kilogram masses

what does this mean for the regular person? the actual changeover won’t happen until may next year. that is when labs will be able to start making their own measurements of the kilogram using the kibble balance. when it does any other metric defined using the kilogram will be changed and updated too. in total, four units will be given new definitions: the kilogram, the ampere, the kelvin, and the mole. it is true our everyday lives will be essentially unchanged by the shifting of the weight measurement standard, but it is a big deal for organizations and industries that rely on hyper-accurate weight readings.