designboom has received images from kimchi and chips, an experimental art & technology studio based out of seoul, of ‘assembly’, their most recent installation, situated in the nakdong river cultural centre gallery in busan, south korea. the project is composed of 5,500 white polymer blocks suspended from the ceiling, each illuminated by one or more of five projectors. the flow of light over these cubes feeds data back into a control system, providing information about each of the roughly 3.5 million ‘pixels’ that the volumetric space represents. the artists elaborate: ‘we think of a projector as ~1 million static spotlights, each of which aimed down a unique direction away from the projectors lens. each spotlight hitting the structure creates a pool of light with a defined physical location in space. by scanning the 3D location of these tiny pools of light, we can understand how we can construct a macroscopic volumetric scene out of them, and most simply, imagine them as a cloud of individually addressable LEDs.

‘assembly’ videothe installation plays with the boundary of the physical and virtual worlds. volumetric imagery is generated digitally through the use of cloud modeling programs, and these visuals are translated to the real-world installation by video projection onto specific ‘pixels’ of space. the shifting light and imagery creates a sense of visual mass, engaged with by visitors with each change in perspective through mapping the three-dimensional position of pixel. 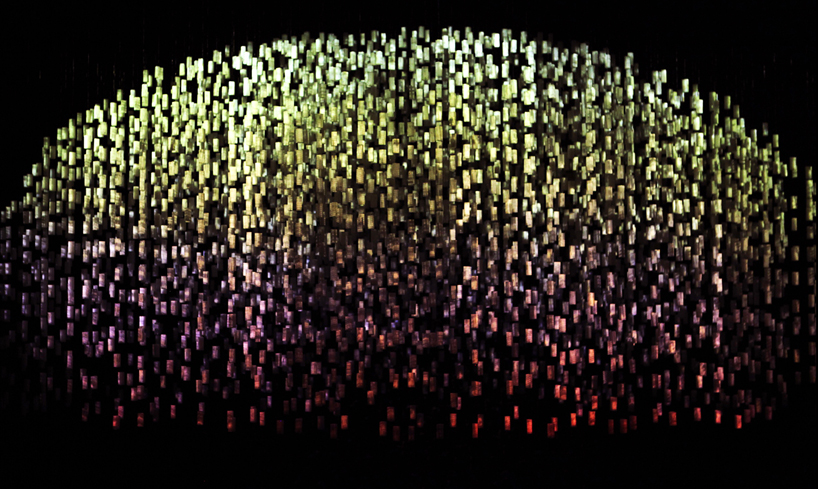 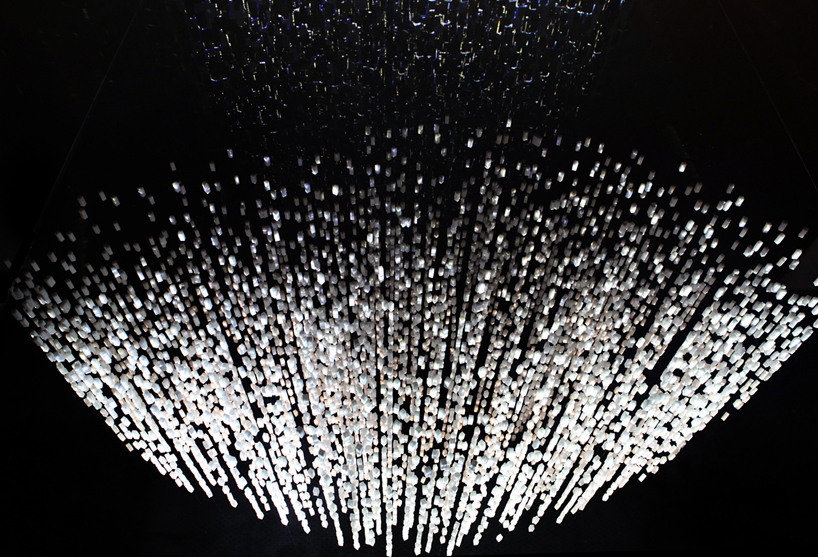 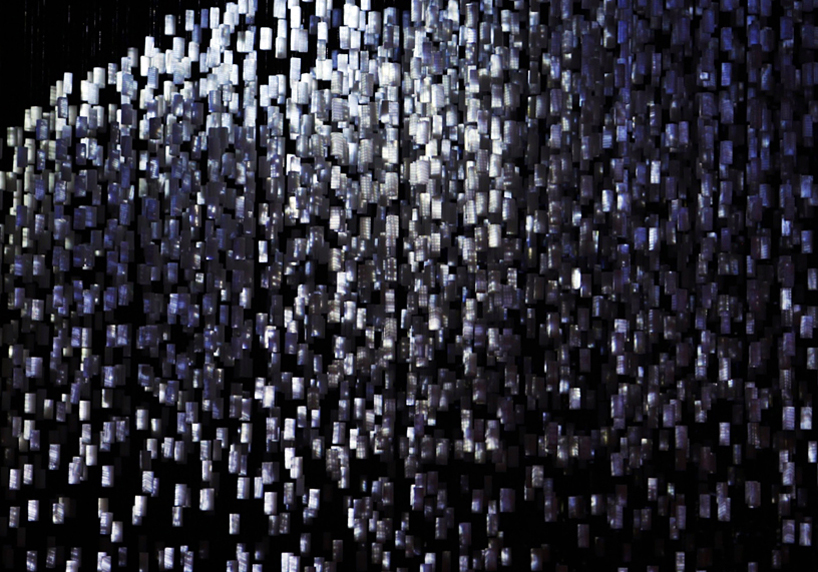 from the artists: ‘for digital to exist in the real world, it must suffer its rules, and gain its possibilities. the sparse physical nature of the installation allows for the digital form to create a continuous manifold within the space across the discreet blocks, whilst also passing through each block as a continuous pocket of physical space’. 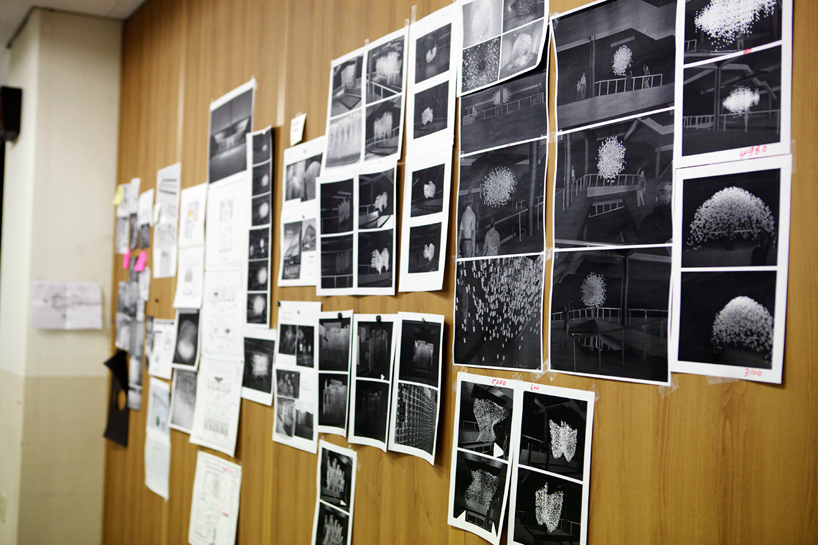 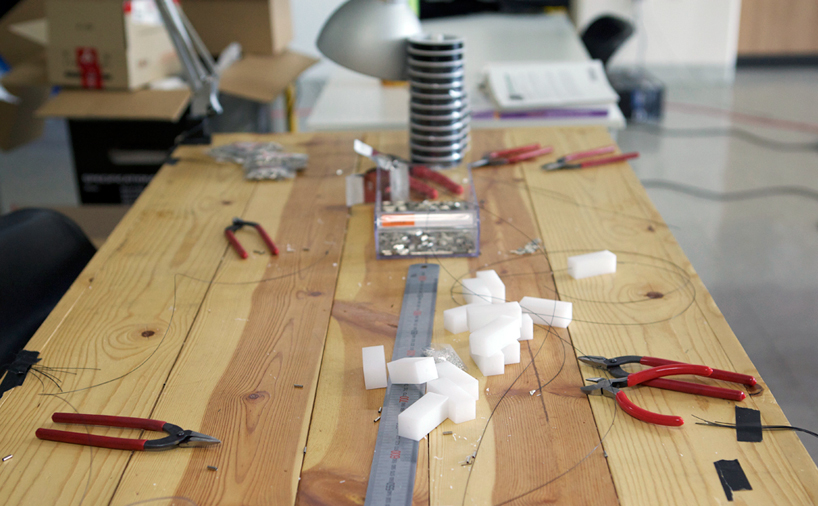 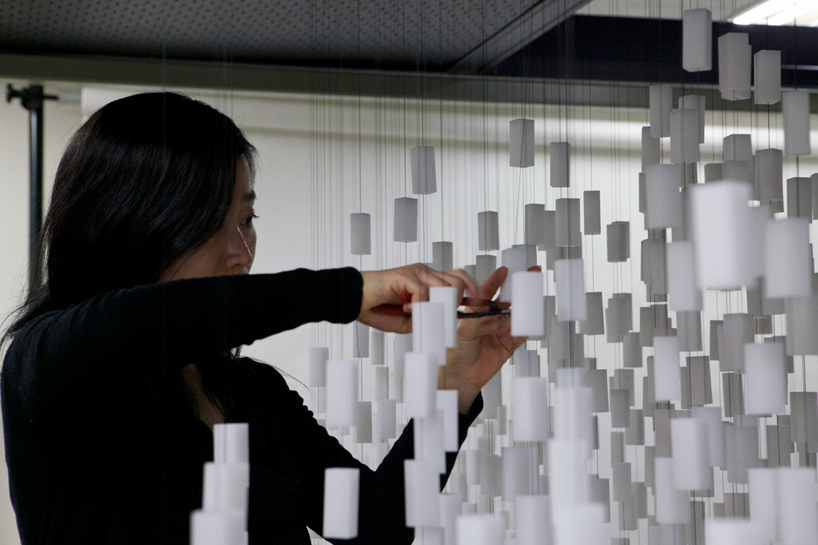 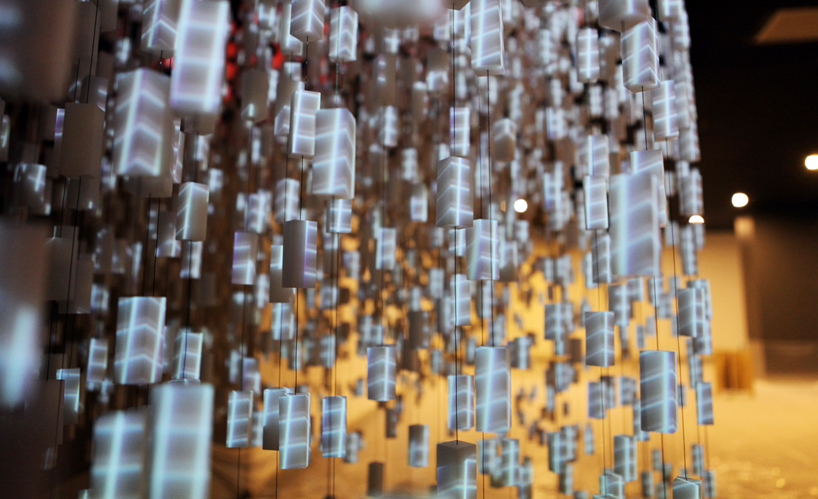 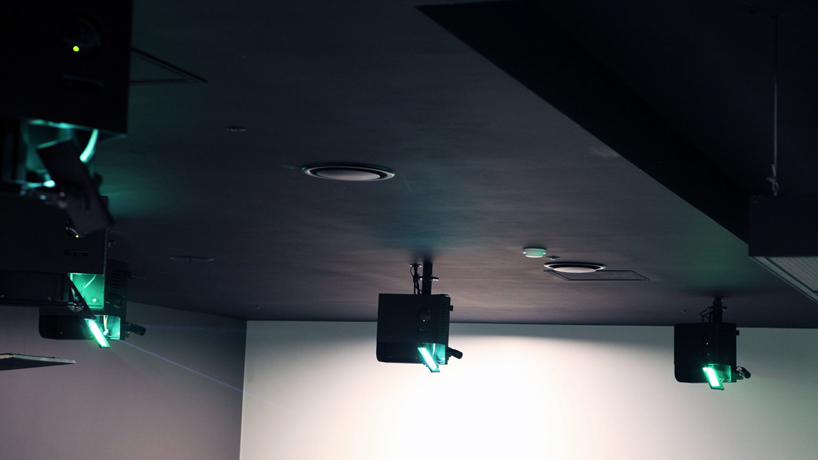 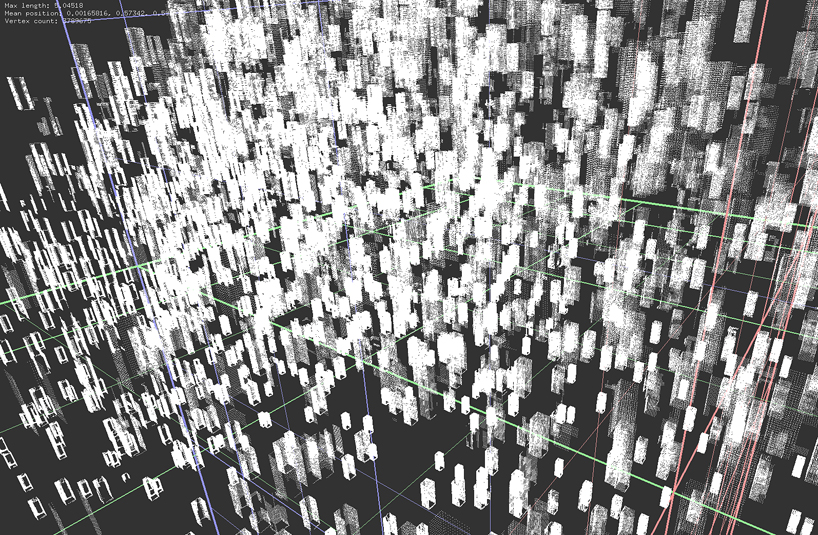 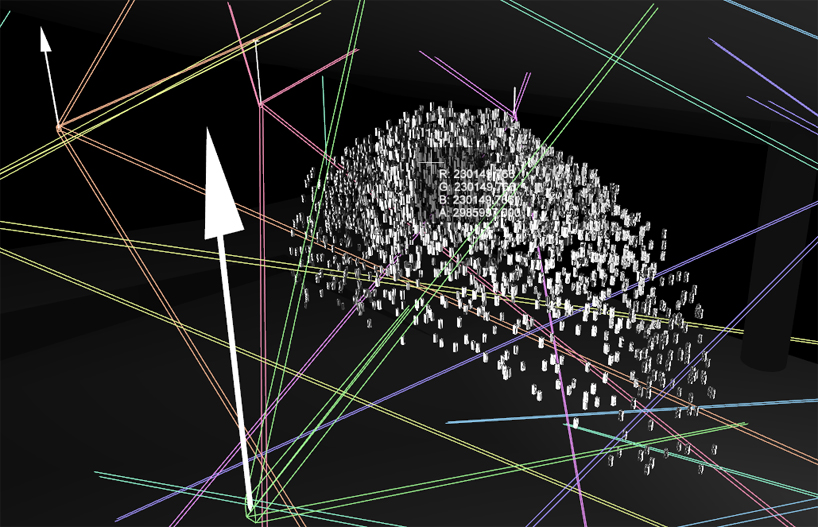 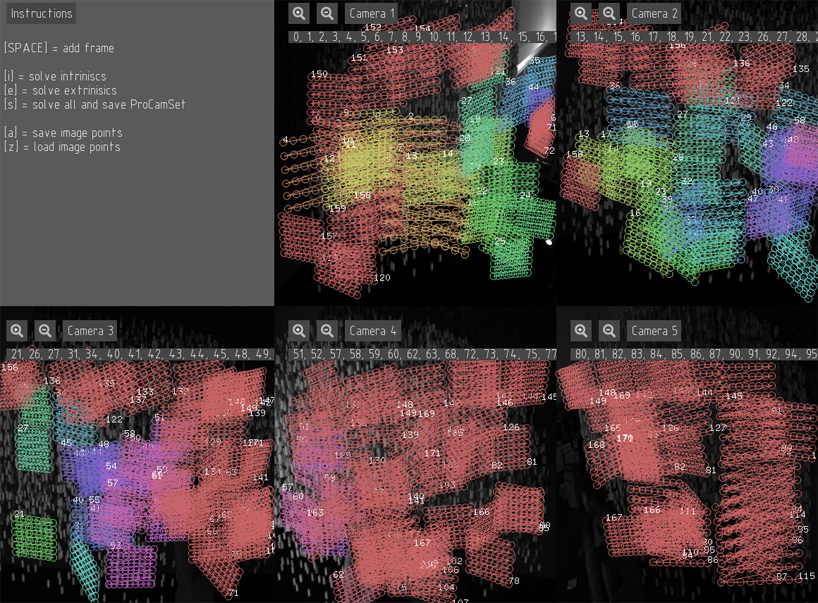 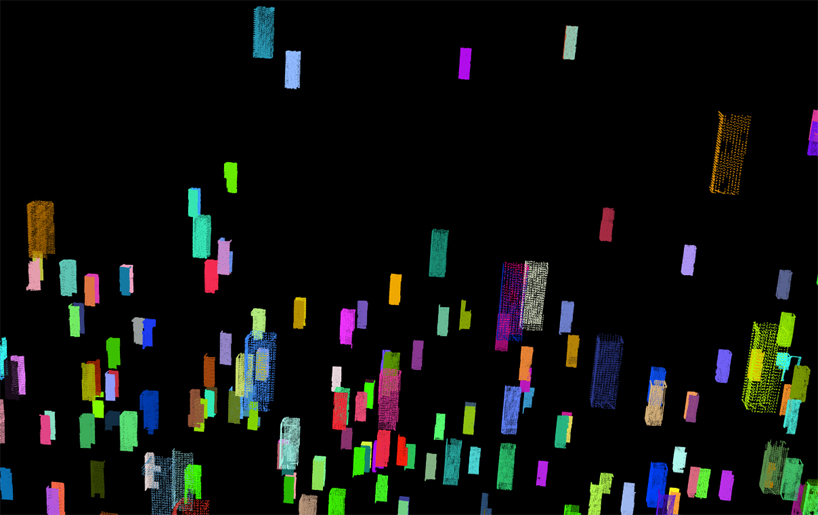