designboom has gotten in touch with samani to check in about the project, following a recent demo at the DIS 2012 (‘designing interactive systems’) conference. ‘kissinger’ is currently in its fifth iteration (‘version 2.0’), in which it adopts the shape of a small and simple oblong-shaped creature; previous versions include a faceless but lipped egg-shaped figure followed by a rotund cartoon character with large lips. in all designs, the front lip has force sensitive resistors placed just below the outer surface. when kissed, data regarding the difference in pressure at different points is read and transmitted wirelessly to the receiving ‘kissenger’ device, where the motorized actuators reproduce the kiss. all internal electronics are hidden within the unit.

whether used on the forehead, cheek, or lips, the device transfers the feeling of a kiss given to one unit, to another, enabling the conveyance of greetings, romance, and well wishes. the latest model transmits kisses over the internet in realtime via a server, with each ‘kissenger’ robot connected to the computer via USB port. samani notes in the paper just presented at DIS 2012 that the potential feature of asynchronous kissing (the device storing a kiss that could be ‘read’ at a later time) raises significant additional ethical questions. 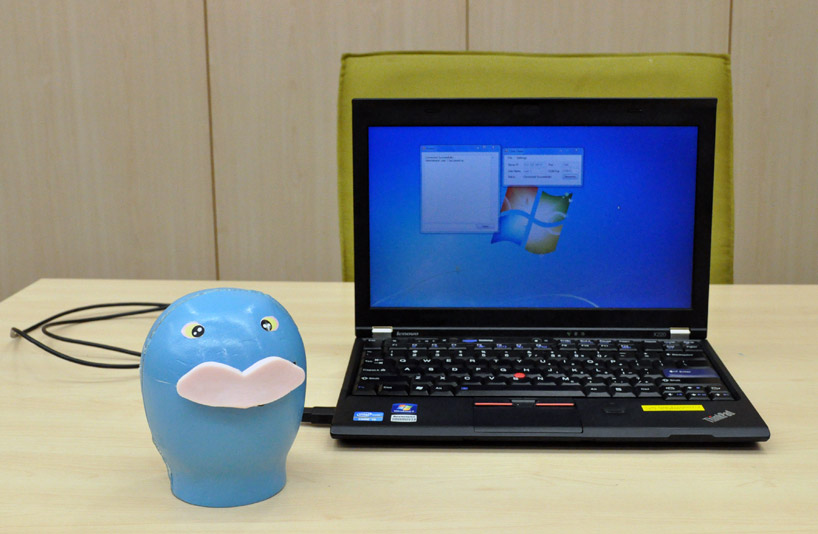 the most recent iteration of ‘kissenger’

introduction and demo of the most recent ‘kissenger’ iteration

the full family of protoypes, from the most recent iteration (‘version 2.0’) at left, to the original prototype (center), and intermediate model 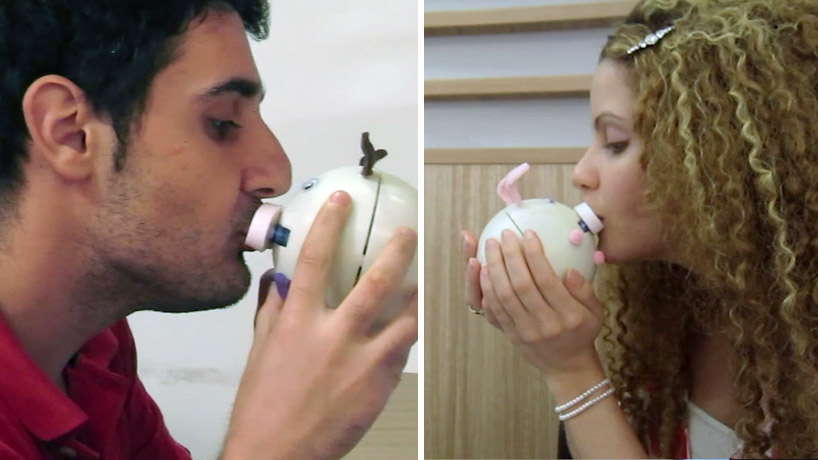 users test the device to wirelessly transmit a kiss 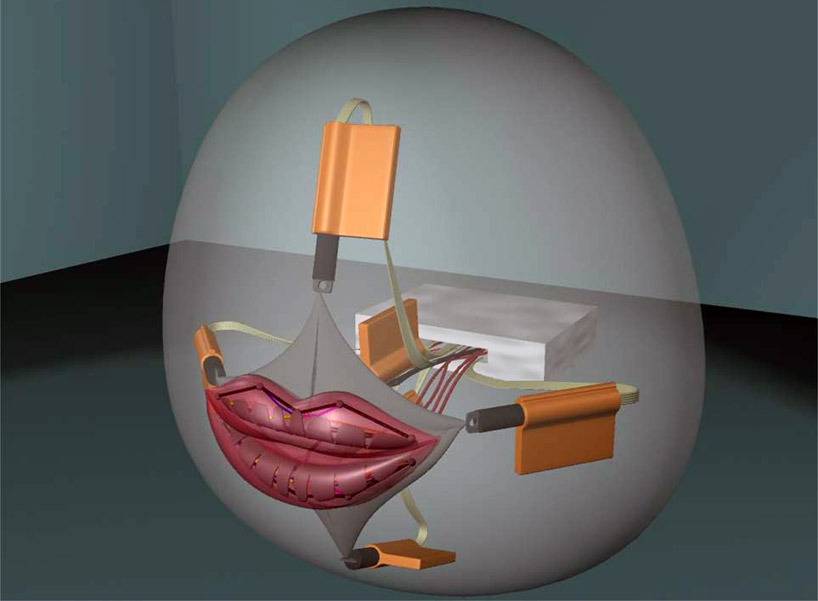 cutaway render of the internal mechanics of the first version prototype; despite the exterior changes over the course of these iterations, the technical design has remained similar in basis