aviation startup kitty hawk, which is backed by google co-founder larry page, has unveiled its third electric aircraft. the heaviside (or HVSD) is roughly 100 times quieter than a helicopter, and it can travel 55 miles in around 15 minutes. 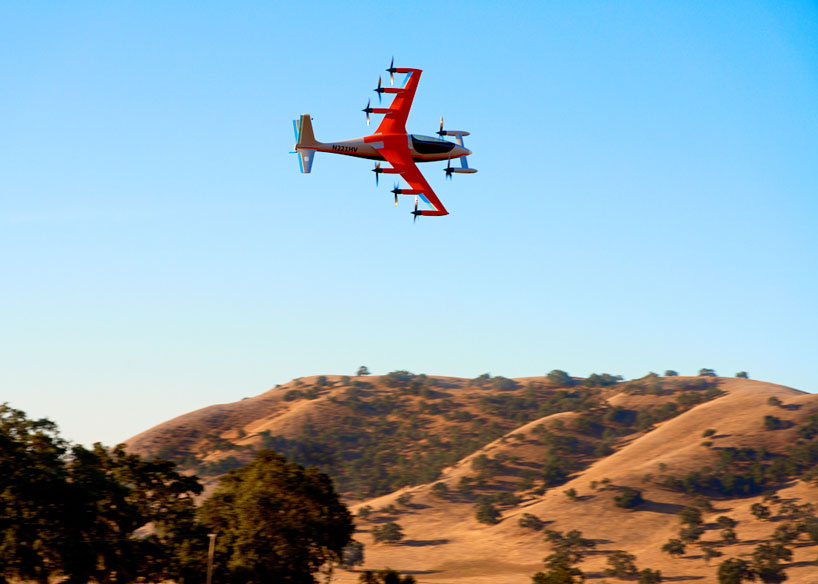 the aircraft is pretty tiny and flies like a plane but is capable of vertical take-off and landing (VTOL) like a helicopter. kitty hawk notes that a traditional helicopter that hoves at 1,500 feet emits about 80 dba, while heaviside only puts out 38 dba.

named after renowned physicist and electrical engineer oliver heaviside, the HVSD is an electric aircraft designed to go anywhere. because of its size, it doesn’t require a large runway or giant helipad and its lightweight nature makes it very energy efficient. 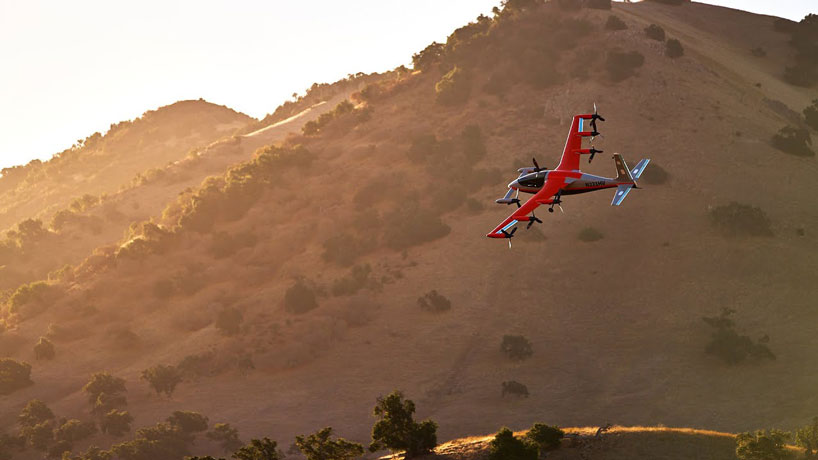 ‘we have technology that can get you from here to san jose in 15 minutes and from here to berkeley in four minutes,’ thrun said. ‘now the onus is on us to make it safe and get social acceptance and see if we can change the world.’

the sleek orange and charcoal heaviside features six rotors fixed to the wings and another pair mounted alongside the cabin. the aircraft is capable of travelling from san francisco to san jose in 15 minutes, a distance of around 30 miles (48 km), which would make for an average speed of 120 mph (192 km/h).

kitty hawk recently announced that it’s partnering with boeing to develop its semi-autonomous flying taxis. last year, it announced its first two aircrafts, the two-seater cora and a single-seater flyer.

kittyhawk hasn’t detailed any plans for commercial production just yet but says it wants to make aviation accessible to everyone, although right now the compact flying car seats only one. according to a recent interview with techcrunch however, the aircraft has the option to be flown autonomously.