the company’s ‘looker’ app converts the camera’s raw stereographic view image into a navigable panorama, viewable on the phone or shareable online and through facebook and twitter using kogeto’s web platform and player. the software also makes use of the compass and gyroscope built into iPhones, enabling ‘dot’ users in the same location to link their videos together, so that a viewer may jump from one perspective to another at the same event.

currently seeking kickstarter funding to begin preparing for mass production, kogeto expects ‘dot’ to be in low-level production by early summer and full production by august. while the prototyped model works with iPhone 4 and fourth-generation iPod touch, the company plans to release versions compatible with the iPad and android phones by the end of the year.

at 15 grams, the device provides a more lightweight alternative to the previously covered go pano micro lens for iPhone. 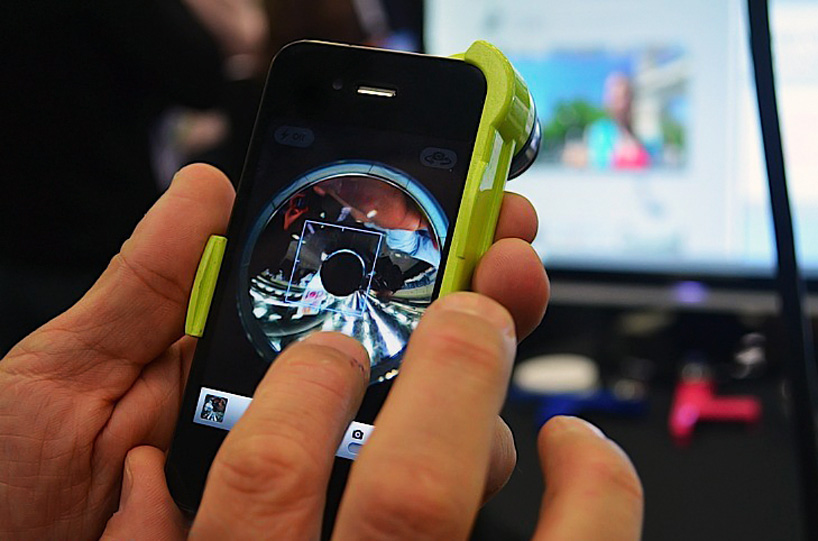 the device in use, with stereographic raw footage visible onscreen image courtesy of engadget

side view of ‘dot’ on an iPhone