rolf reick of krautmotors is presenting a beastly BMW electric rebuild at this year’s pure&crafted festival in berlin — an event dedicated to the love of music and motorcycles. the custom-built bike is based on the BMW C evolution electric scooter — a powerful two-wheeler with an engine that guarantees immediate torque and a riding range of up to 99 miles. the krautmotors-modified cruiser features an origami-like frame made of folded material and an exposed chassis and rear wheel, revealing the monster motorcycle’s inner workings. 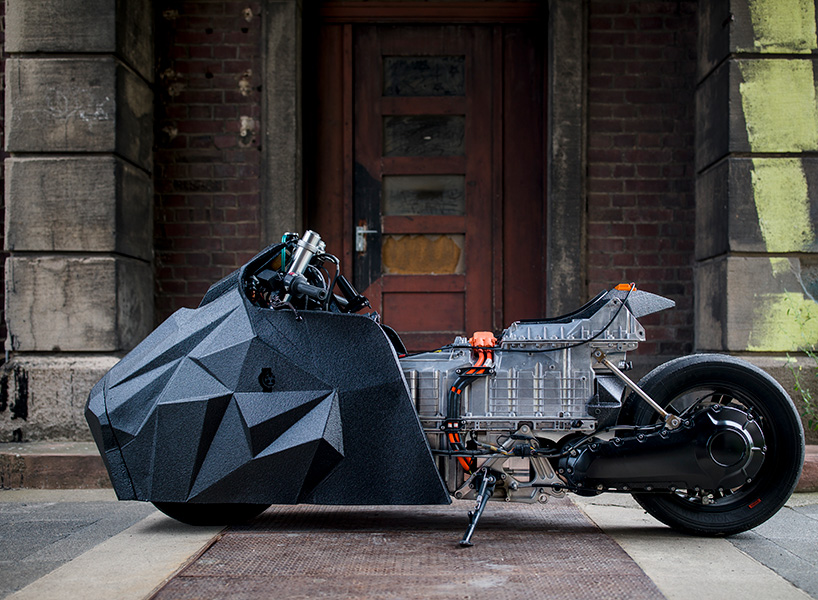 built from the ground up, krautmotors began by dismantling an existing BMW C evolution, removing its plastic frame, and re-mounting a geometric feature to its front end. reick removed the original casing and lowered the vehicle, taking out the shock absorbers to make it rigid. then, he installed a slick in the back and stub handlebars in the front, followed by the old-school casing, which only covers half of the scooter, leaving the other half bare. ‘you can see right away what it is: an e-bike,’ says reick. ‘this is a real reick scooter – rough, raw and unpolished.’ 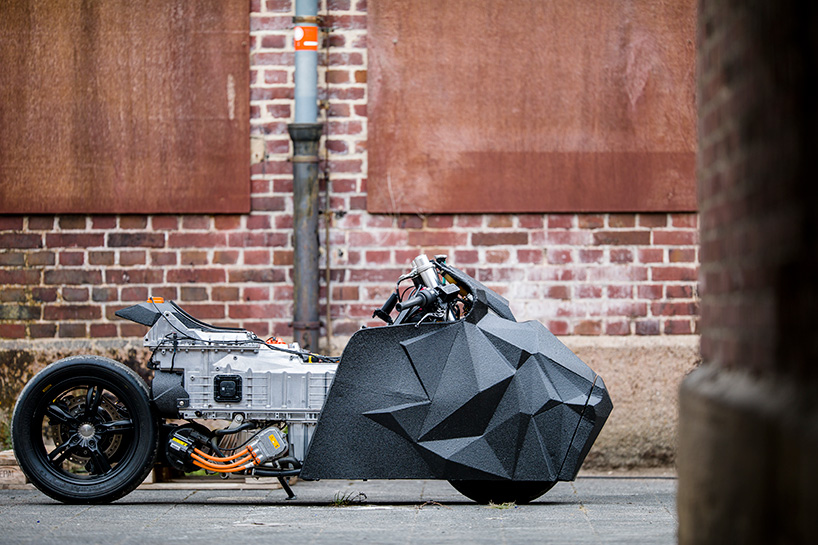 the motorcycle is named ‘E-lisabad’ after reick’s grandmother, whose 1920s ‘cubic’ tea set by erik magnussen interestingly became a source of inspiration for the bike’s faceted façade. the two-wheeler’s big reveal as the pure&crafted signature bike 2017 will be followed by its presentation at the glemseck 101 festival in germany in early september. 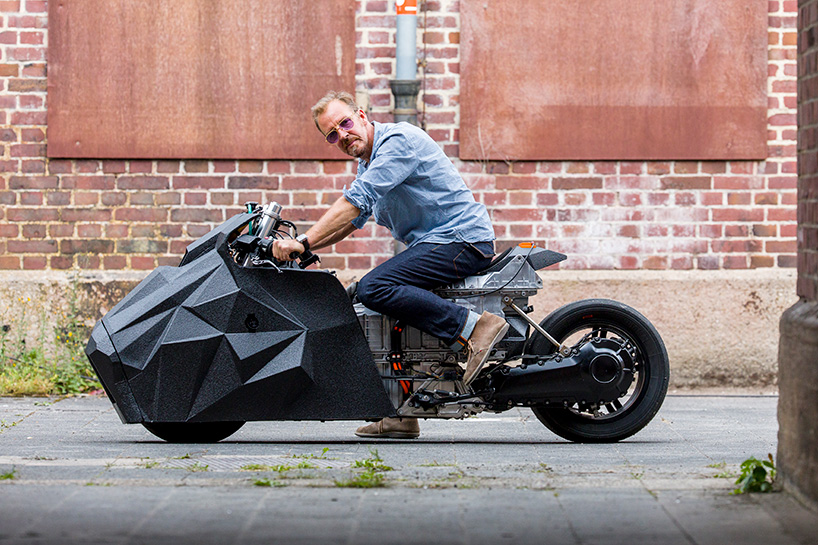 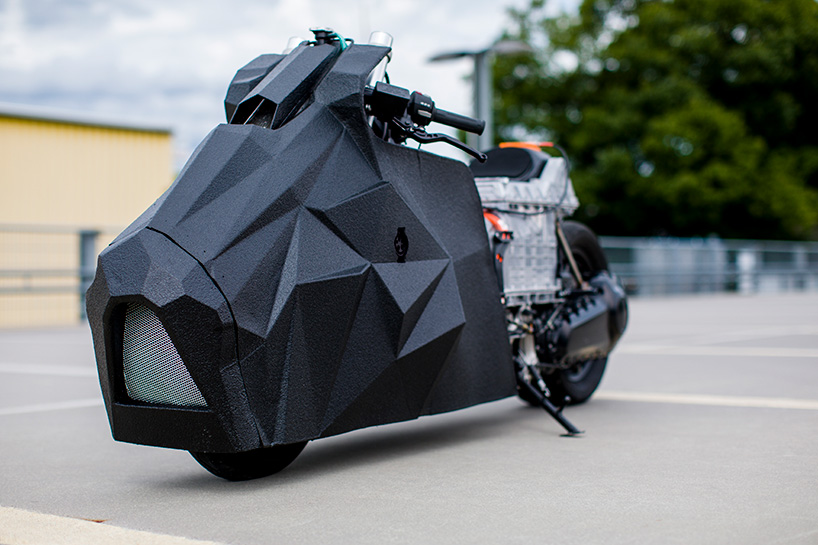 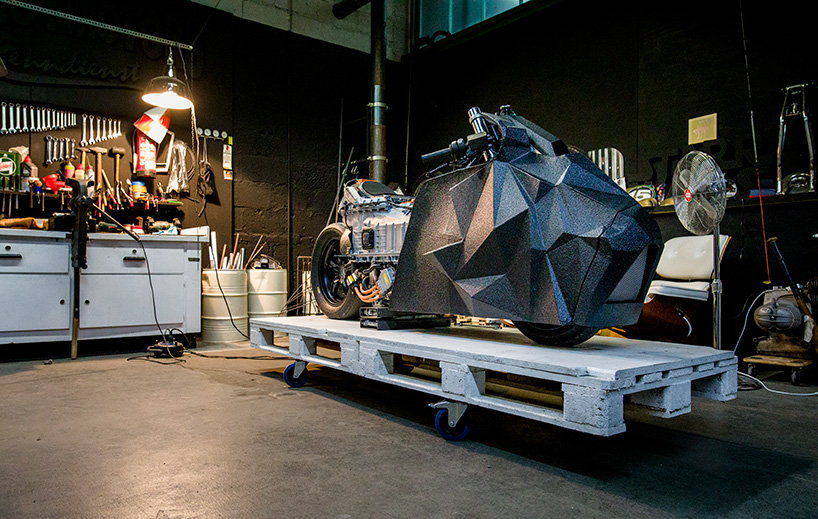 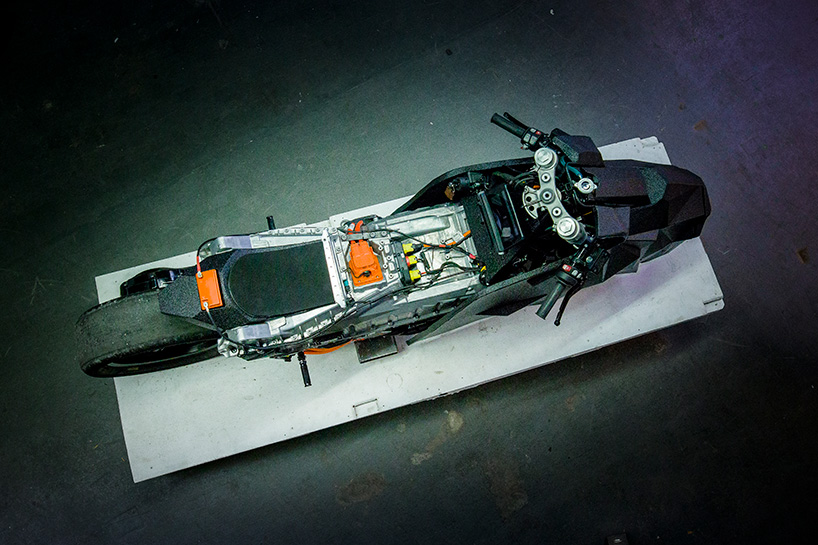 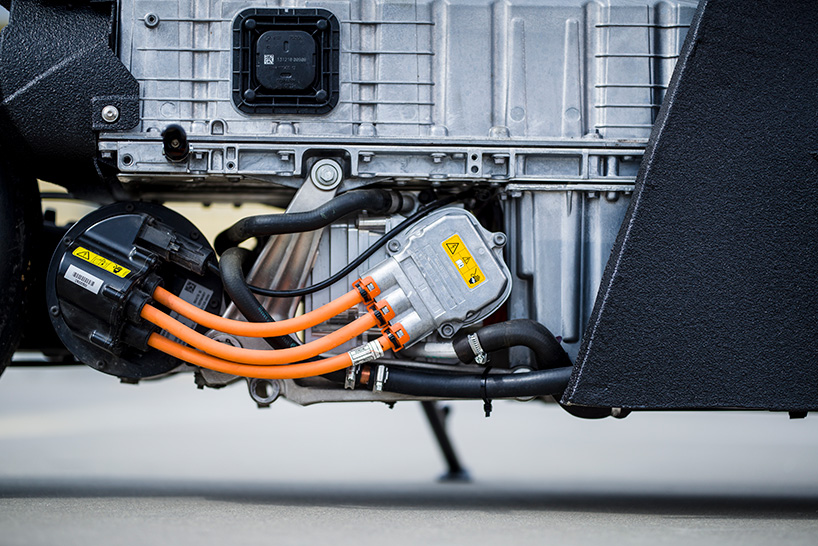 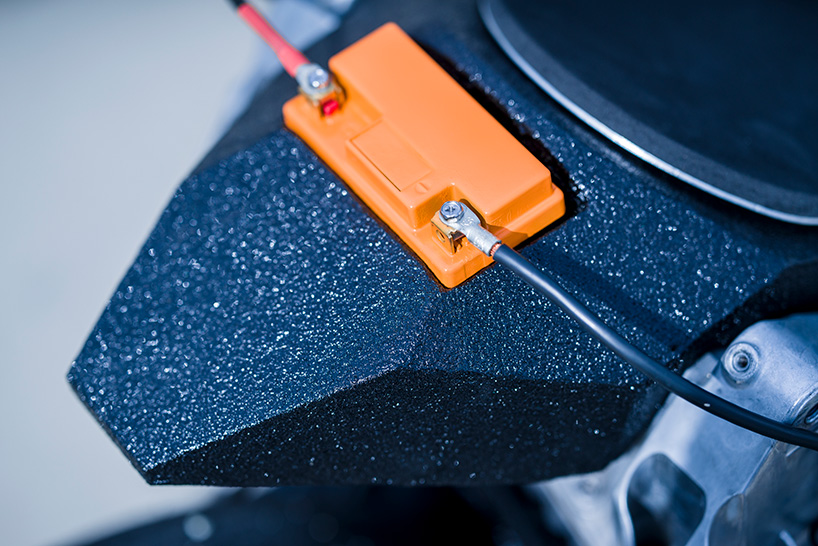 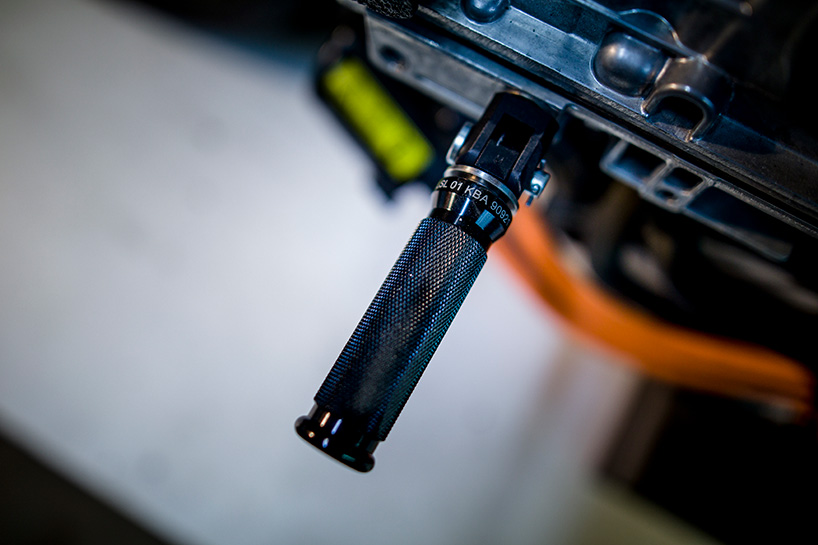 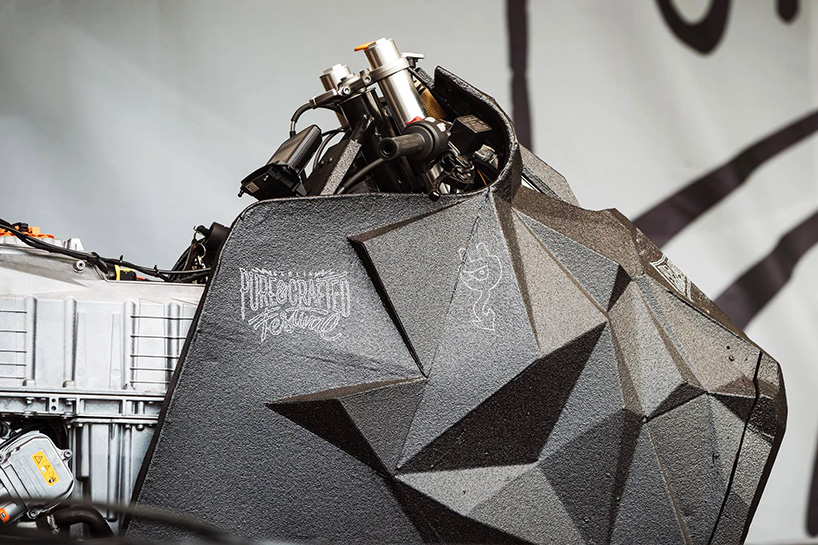 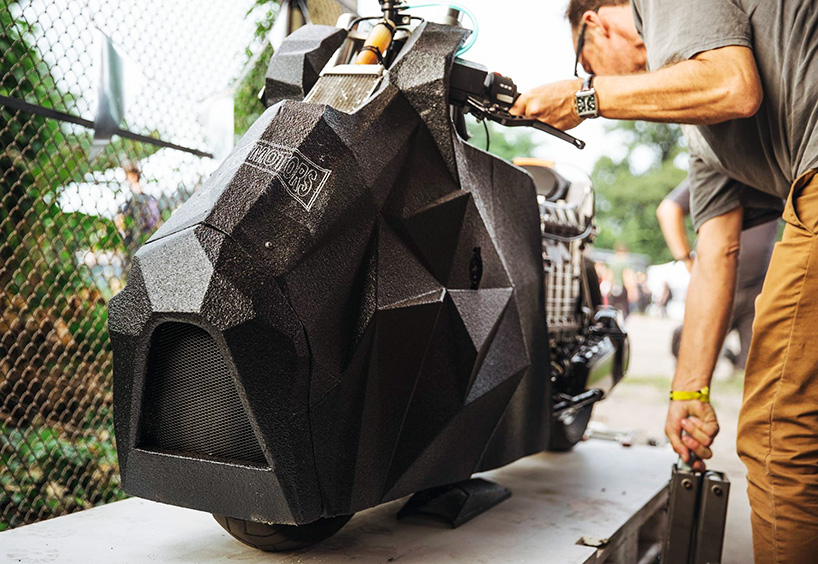 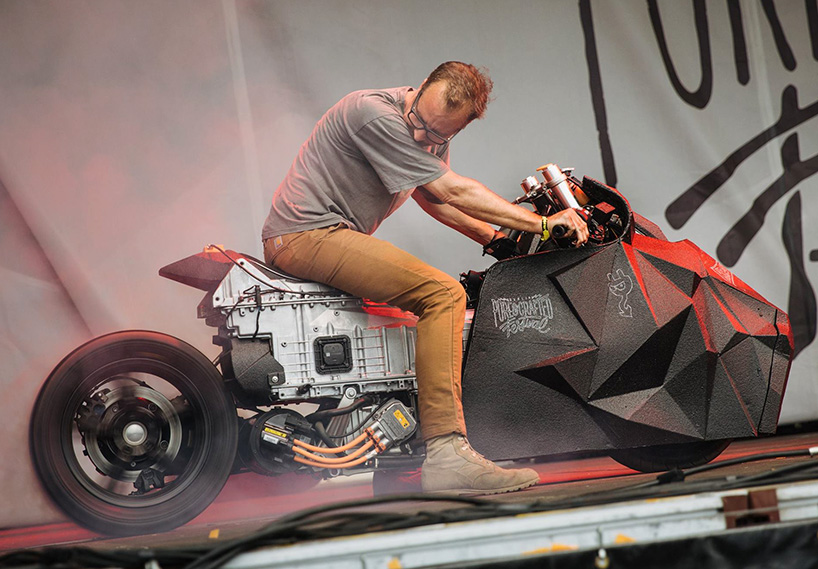 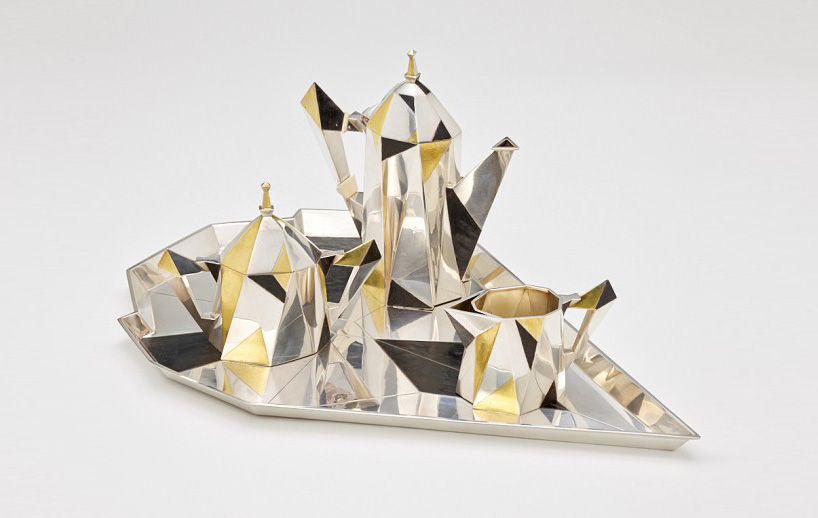 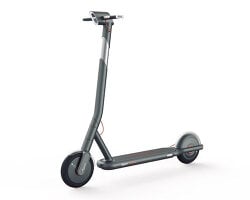 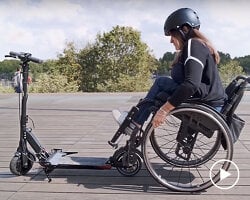