the new energy harnessing concept by UK krishan meetoo design studio is an aerodynamic device focused on improving the issues of current wind turbines, developed in collaboration with the support of samsø energy academy, danish wind industry association, siemens wind power, coemi UK and aston university. the renewable energy sector has recently heralded wind power as the solution to combat rising co2 emissions. however, there are significant issues in intermittent performance and integration within the grid.

the wind turbine was developed through computational fluid dynamics (CFD), a technique used to solve problems that involve fluid flows. this method provides a number of savings in cost and time compared to conventional wind tunnel tests. design of experiments (DOE) were used to quickly develop an understanding of the relationships between design parameters and the desired performance of the new device. once completed the concept was 3D printed in stereo-lithography (SLA) and its surfaces validated in wind tunnel tests. taking components used in airplane wing construction, the final design is composed of a skeletal structure made from composite sections and complemented with a hydro-phobic fabric outer skin. 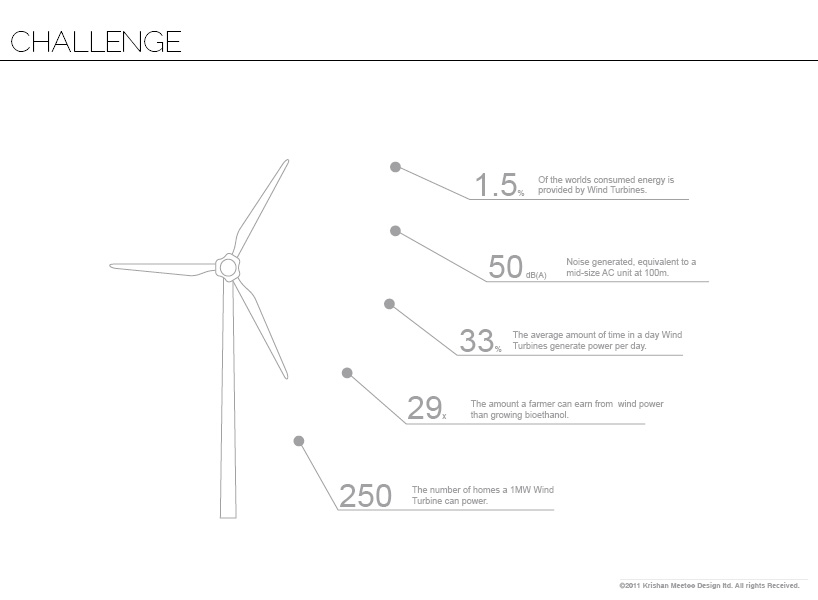 dispelling the myths, here is the current sate of play of current technologies 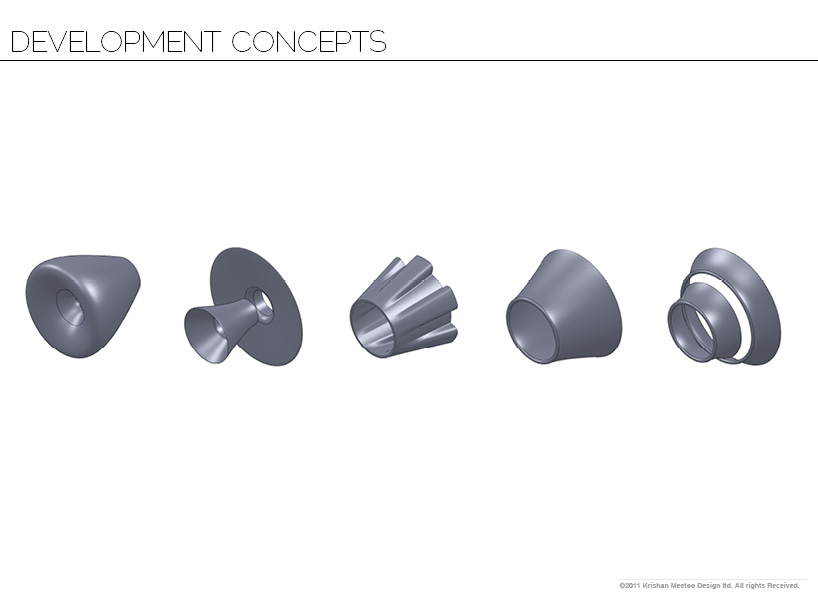 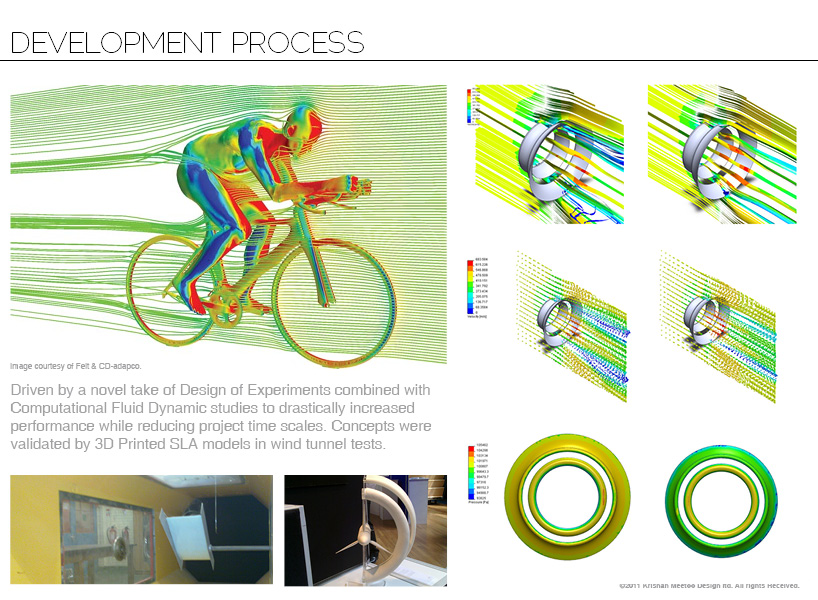 the concept was developed with a number of revolutionary technologies including CFD, DOE & 3D Printing 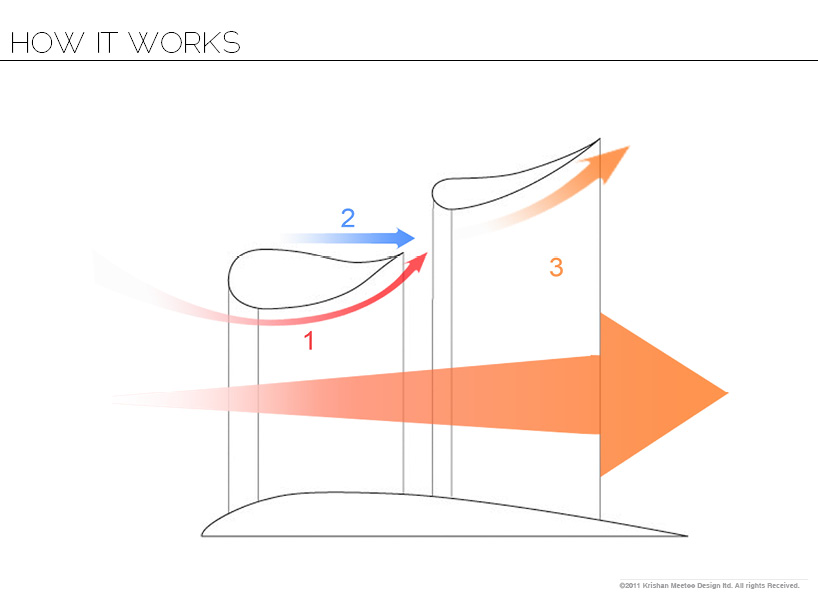 diagram showing how the device functions

the turbine serves to increases the velocity of air by creating a pressure drop behind the device. this is achieved by channeling air through the primary aerofoil (1) and re-energizing passive air through the separation gap (2). a venturi effect is formed due to inducing a greater wind mass flow (3), ultimately resulting in greater power. 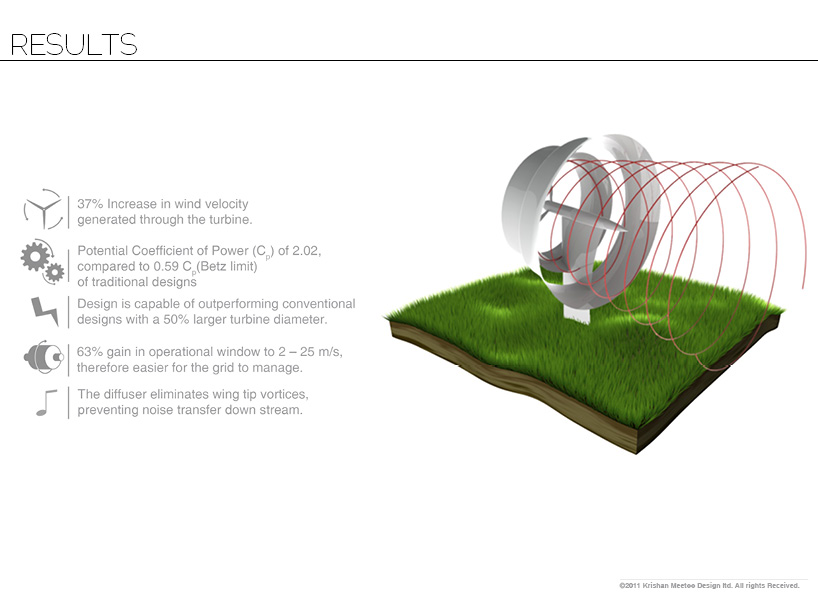 the concept provided several landmark achievements during design and development 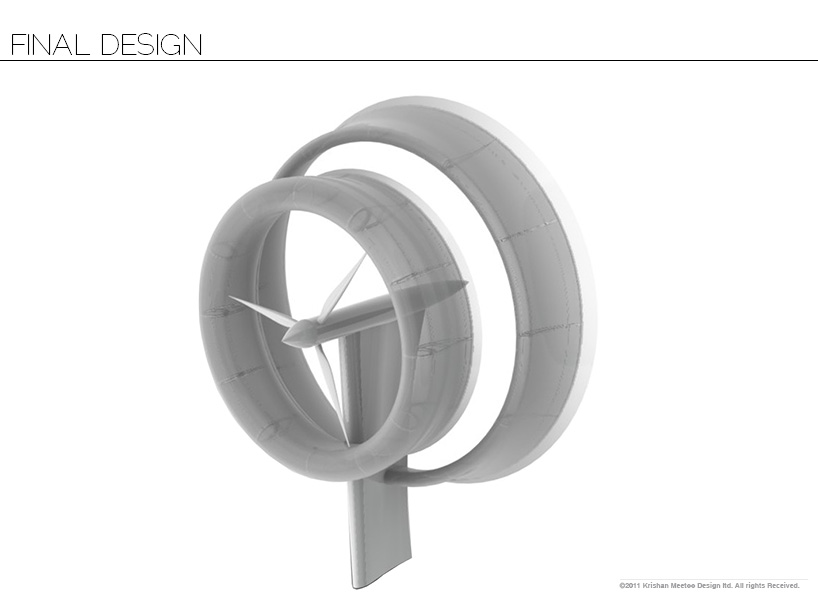 final design based on airplane wing construction, made from a composite structure and hydro-phobic fabric outer skin