using new photovoltaic ink technology, the ‘kudocase’ charges the iPad and its internal battery from both indoor and outdoor light

the ‘kudocase‘ is a solar-charged case and stand for iPads 2 and 3, using photovoltaic ink technology to generate energy from both outdoor and indoor light. the device includes a 4mm 10,000 mAh battery and is also lets other mobile devices like smartphones, cameras, or headsets be plugged in to charge. the manufacturers claim that the solar charger can provide up to 10 days of power with average use.

the hard-shell, rubber-coated device itself is composed of biodegradable corn grain. kudo has also partnered with environmental groups to plant a tree for each case ordered, towards offsetting the carbon footprint of the manufacturing process.

the device doubles as  stand that can be propped in two configurations (low for typing or upright for movie watching). a built-in HDMI port facilitates the viewing of tablet content on external projectors and TVs.

another unexpected feature is the (disactivatable) ‘whistle locator’, about which the company asserts: ‘[if you] can’t find where you left your iPad just simply whistle and the ‘kudo’ will beep back to let you know where it is.‘

full view of the case, closed

the project began as the ‘lilypad’ on kickstarter, raising almost four times its initial funding goal. first produced in black, with expected colour options of blue, gray, green, and pink, the device is listed for 190 USD at the kudocase shop, and the primary shipment of ‘kudo’ preorders is expected may 11th. 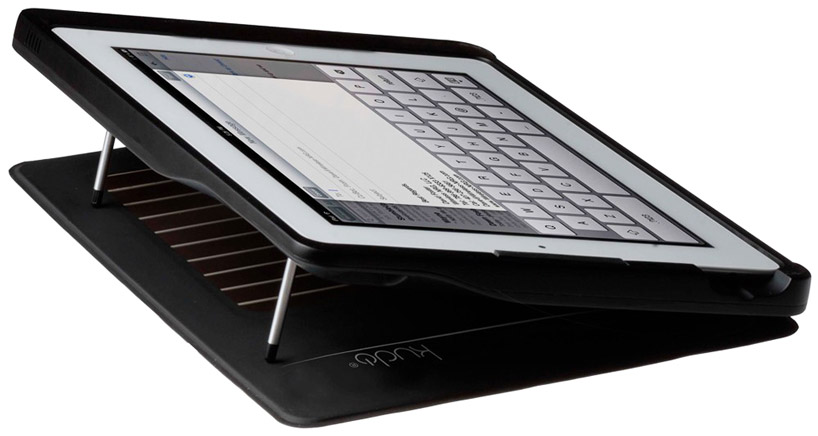 the case in ‘keyboard stand’ position 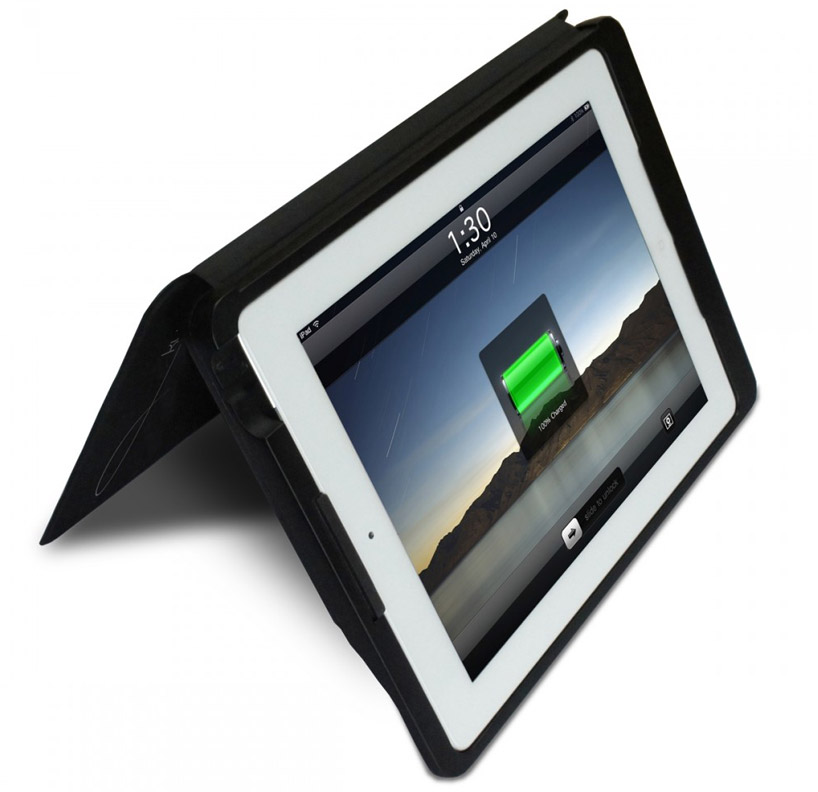 the case functioning as a more upright viewing stand 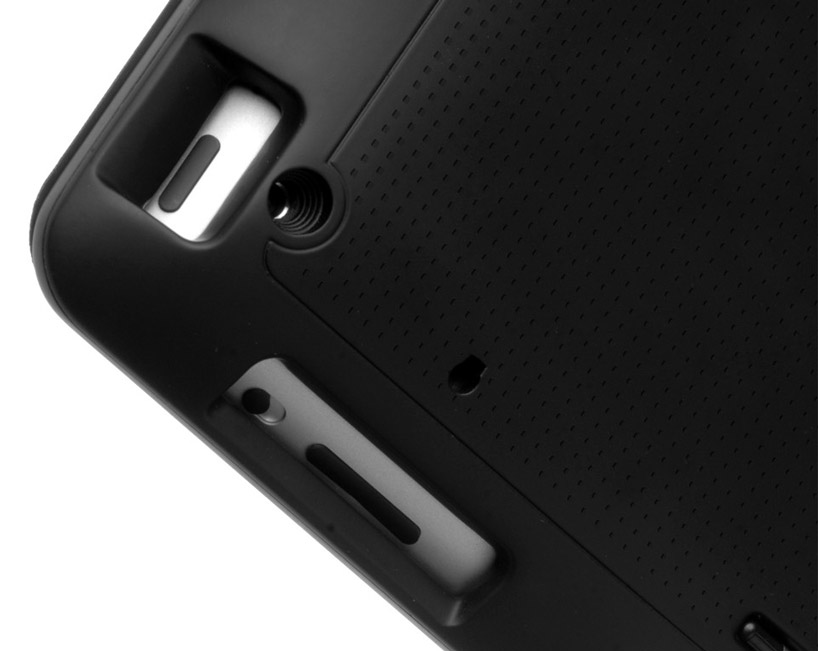