kvaern’s BMX-influenced electric bicycle is missing a seatpost, and features a solar-powered charging pack so riders can stay pedal-free. it can accelerate from 0 to 15 mph in 4.5 seconds, and makes use of a torque sensor that varies the electrical assist to suit riding conditions. driven by a 250W motor paired up with a 36 V battery, it offers a range of 50 km (31 miles). 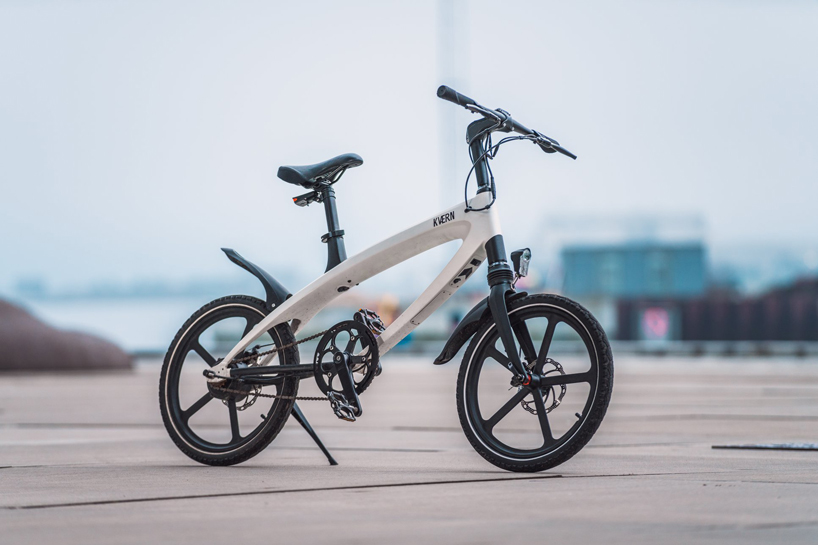 the denmark-based company, kvaern, has named the electric bicycle after its danish definition — ‘cool ride’. it has a sleek design with a bold aluminum frame, top and down tubes, and five-spoke magnesium alloy wheels. its technological refinements include a trip computer on the handlebars that displays speed, mileage and battery level, an integrated bluetooth speaker, plus front and rear tail-lights. once the battery’s power is gone, it can be removed and recharged via a wall outlet. the bike can even be hooked up to a solar charging system, which draws power from the sun and stores it in a powerwall-like battery. 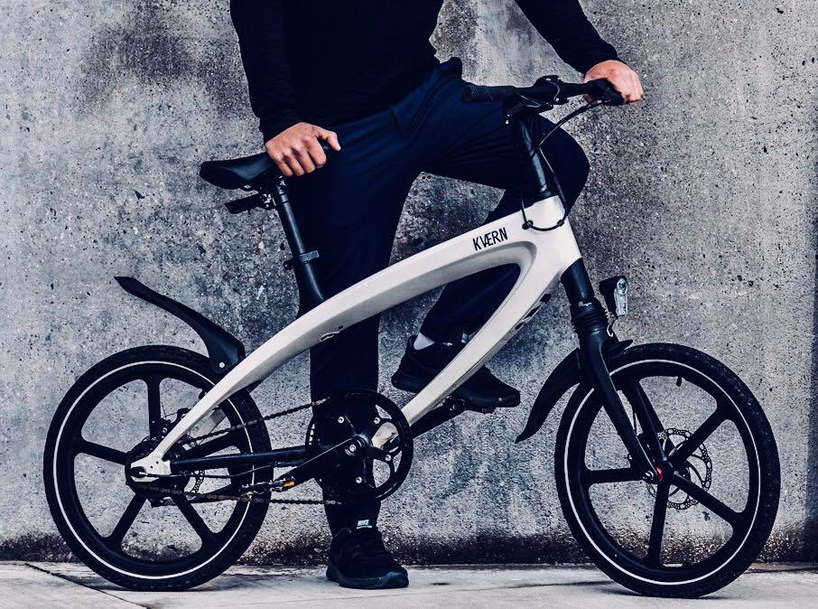 ‘no doubt tesla has been a great inspiration for kvaern, and like pretty much the rest of the world, we are very impressed with what they have managed to do to the car industry’, comments jonas gissel, kvaern founder.

the kvaern electric bicycle is seeking crowd funding via its campaign on indiegogo. 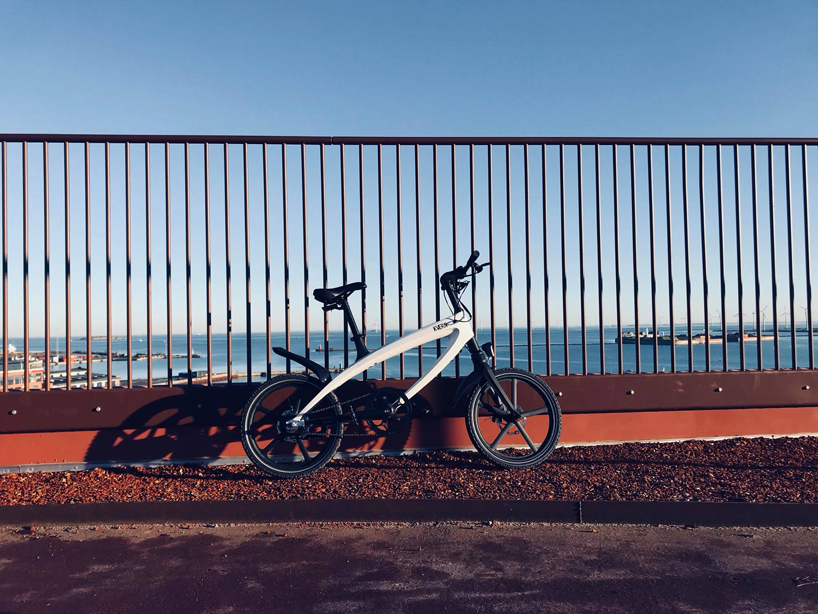 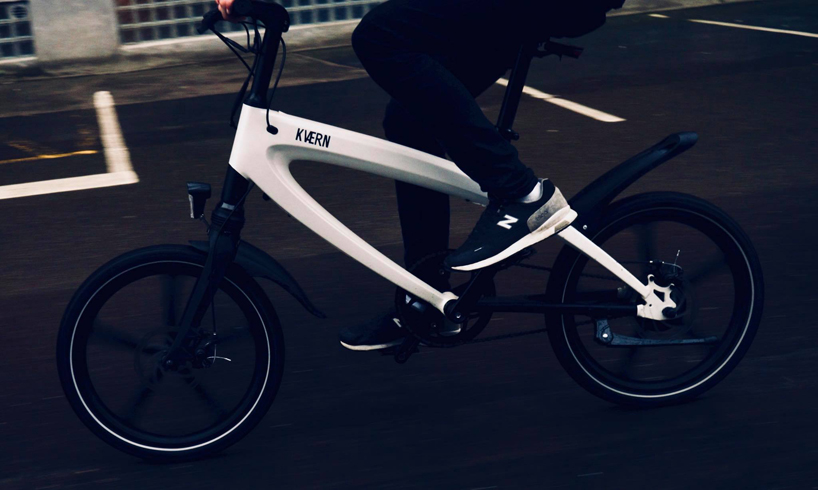 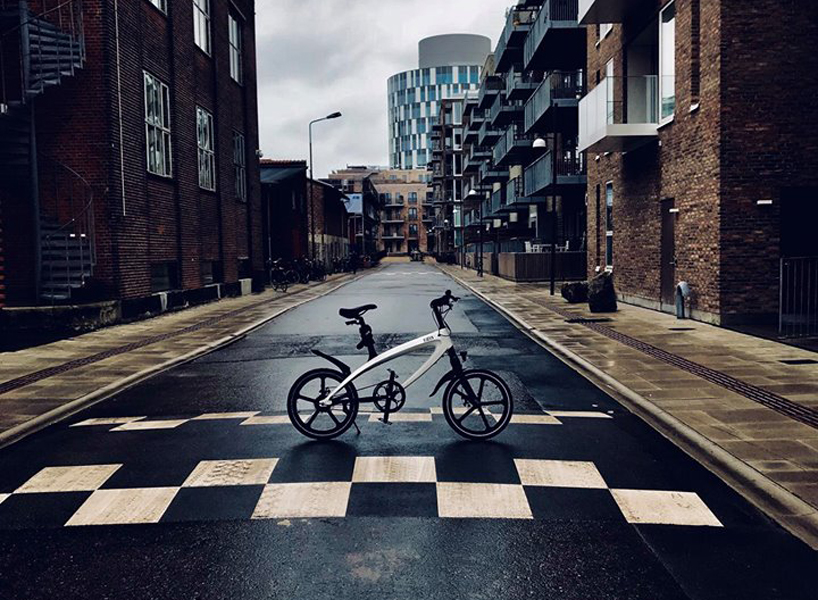 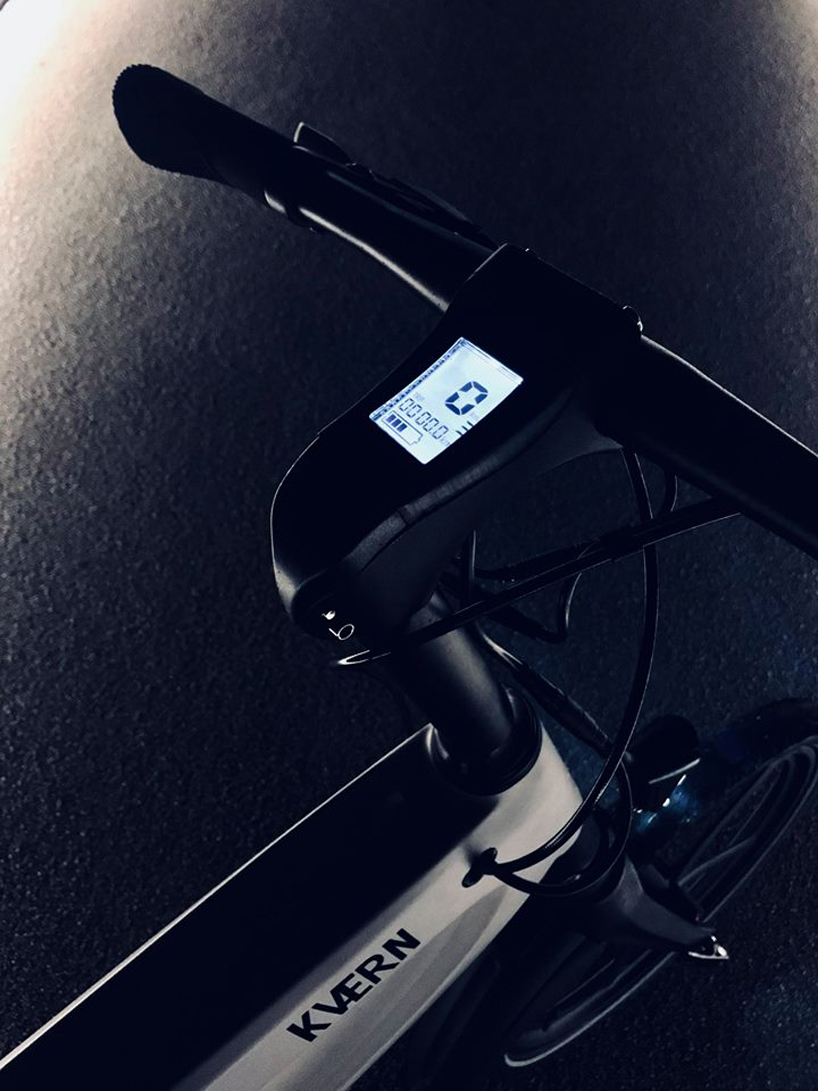