following the devastating earthquake and tsunami off the coast of japan in 2011 — a disaster which brought monumental nuclear accidents to affected cities — the country has had an increasing motivation to consider and exercise solar energy production. japanese electronics manufacturer kyocera has recently unveiled a 70 megawatt solar power plant in kagoshima prefecture, now becoming japan’s largest utility-scale facility. a restructured fit program launched by the government stipulated the requirement of local utilities to purchase 100% of the power generated from solar installations of more than 10 kilowatts for a period of 20 years, a promotion for the use of renewable energy. the major project that began in july 2012 has finally begun operation on november 1st, 2013.

‘kagoshima nanatsujima mega solar power plant’ sits off the coast of southern japan, overlooking the ocean bay and grand sakurajima volcano. occupying 1.27 million square meters — roughly the same area as 27 baseball stadiums — the massive plant is comprised of 290,000 arranged panels. an adjacent tour facility provides visitors, students, and tourists with expansive panoramas of the facility from a circular viewing room and relevant information about environmental issues, a stimulus in the understanding of renewable energy resources for the public sphere. 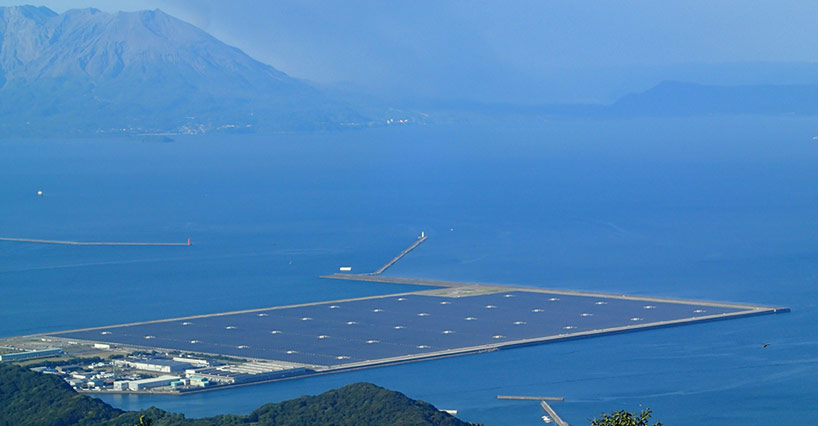 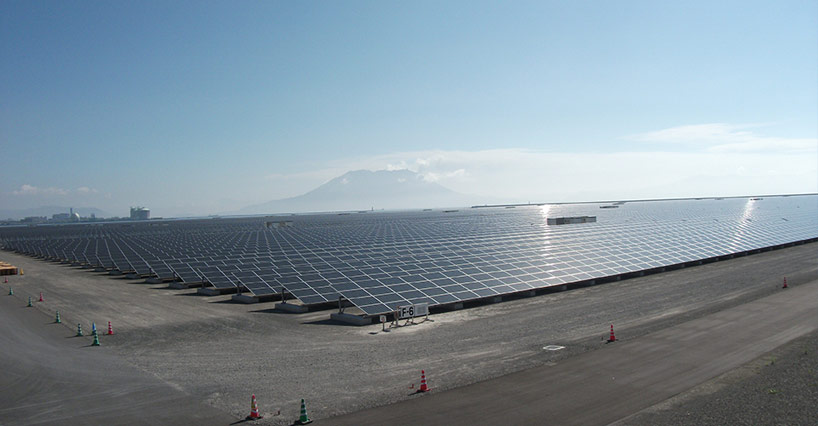