korean product designer kyumin ha from naver labs has created design for a pair of conceptual headphones that stand upright without support when not in use, sitting perfectly balanced at the point between horizontal and vertical. the aptly named ‘gravity’ headphones strike a balance point at a 45 degree angle, instead of laying flat on a table or the floor like other commercial headphones. the science of the perfectly balanced angle gives the illusion of the phones defying gravity, creating an air of weightlessness as they balance on the circular ear piece. 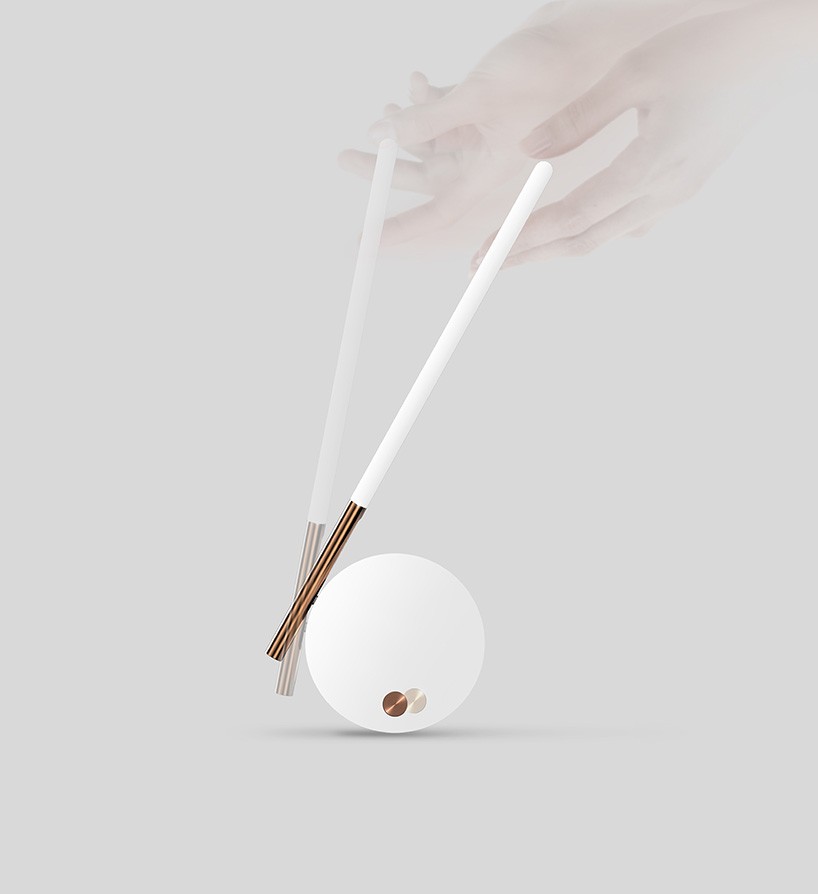 the gravity headphones feature a simple and minimalist design. they adopt the same neat 45 degree angle when worn, relieving the pressure of tight or constricting earphones and instead giving the wearer a sense of weightlessness. kyumin ha adds an element of artistry to the everyday device, represening the idea of lightness by the geometry and proportion of the phones. 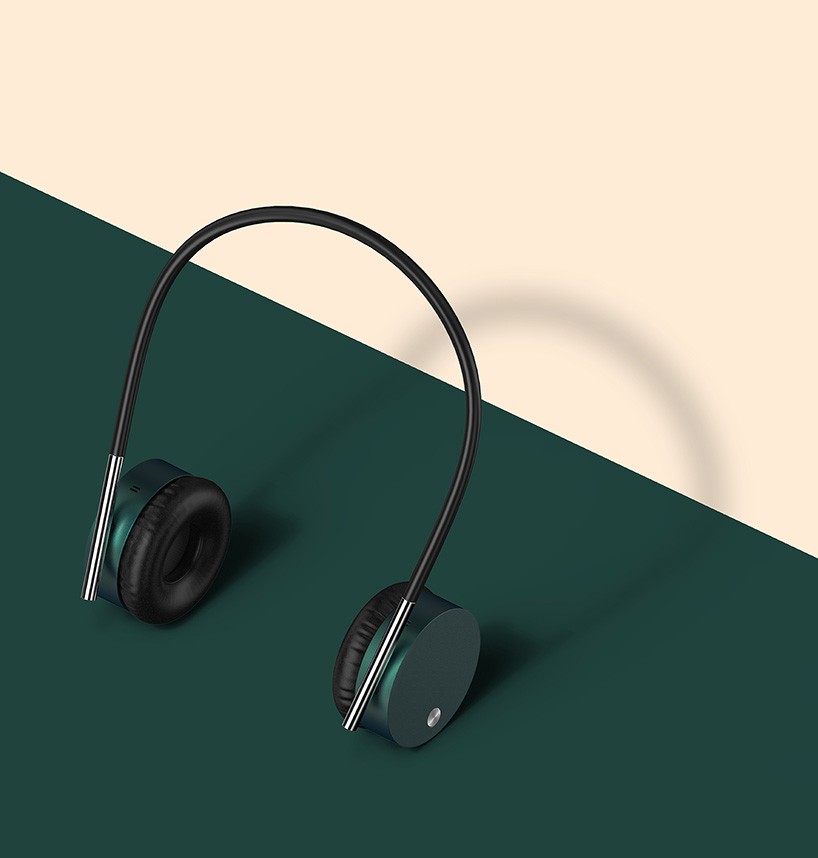 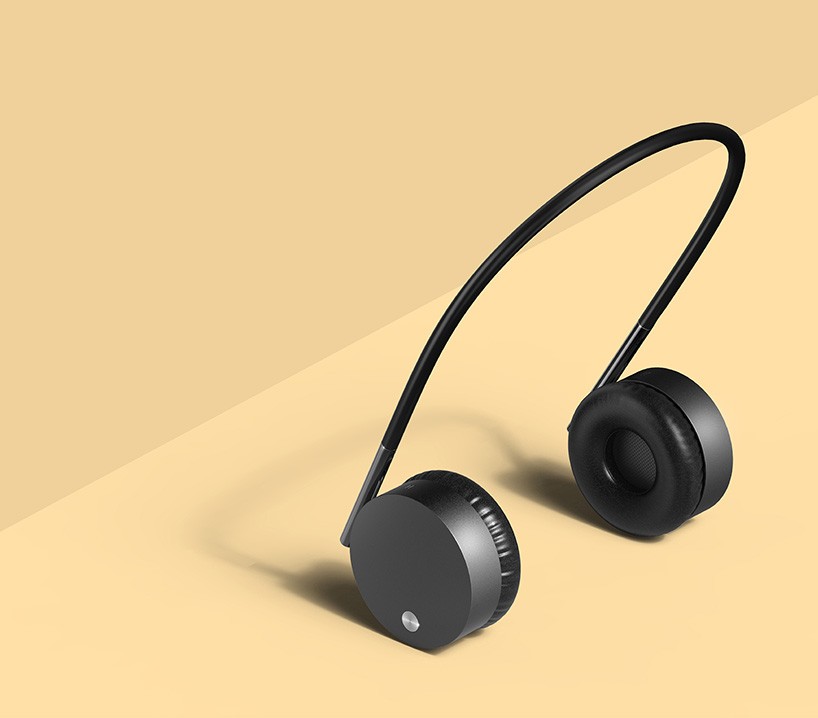 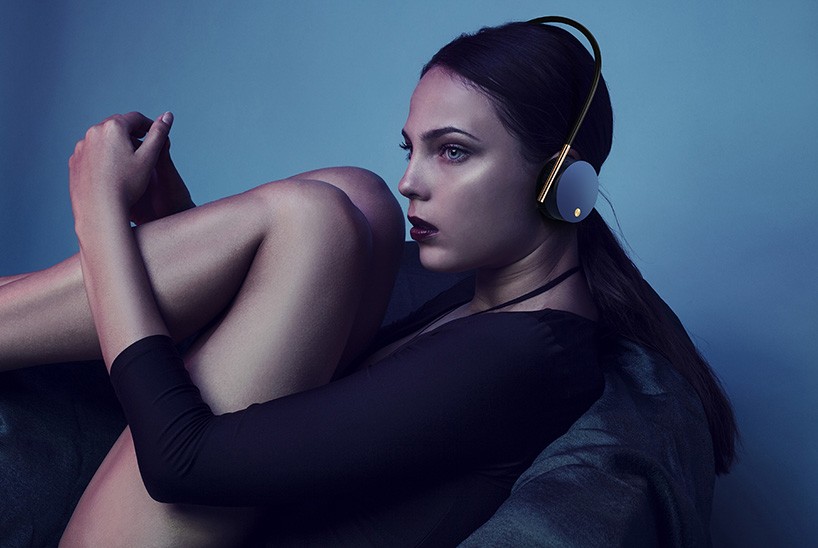 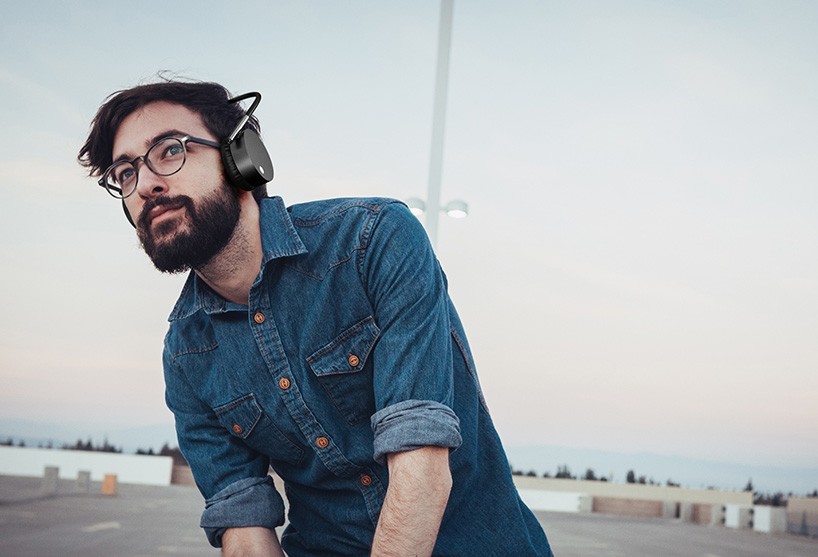