the ‘L8 smartlight‘ is an small pixelated lamp that uses customizable codes of patterns and icons to communicate information like the receiving of messages and e-mails, the temperature, or incoming phone calls. the palm-sized device can also broadcas t colours, images, and animated light sequences as set by the user, to create ambience.

the device’s screen consists of a full-colour 8×8 LED matrix; a large RGB LED on the rear side serves as a coloured backlight. built-in bluetooth enables syncing with smartphones or computers for notifications and commands. in addition, three sensors– proximity, temperature, and luminosity– offer additional modes of interaction, causing the device to illuminate in preset patterns or deactivate in response to environmental conditions.

the opensource code behind ‘L8’ is supported by a graphical interface control application, in which users can generate ‘if this, then that’ commands that will dictate when the light illuminates with certain notifications or patterns. image designs for the device are available in the ‘L8’ gallery, or can be created by users in the ‘L8tie’ online creator.

the ‘L8 smartlight’ is currently seeking funding on kickstarter, where individuals can preorder a unit with a pledge of 69 USD or more. 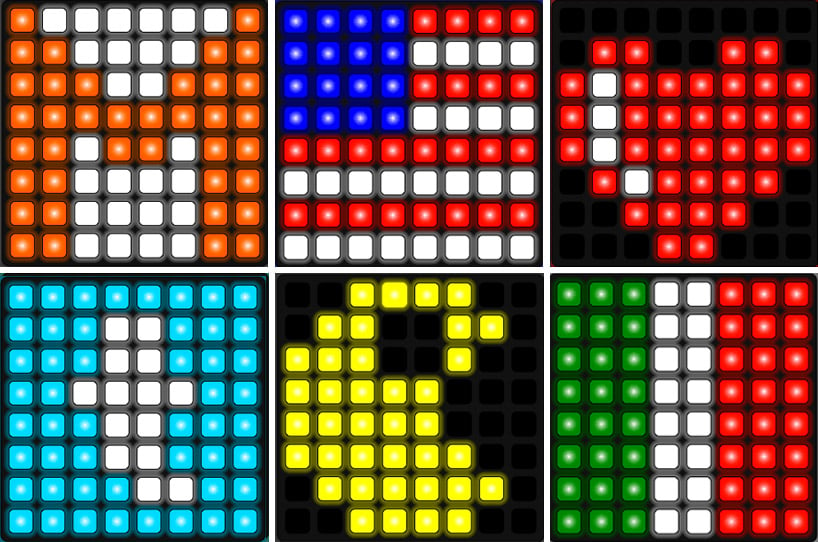 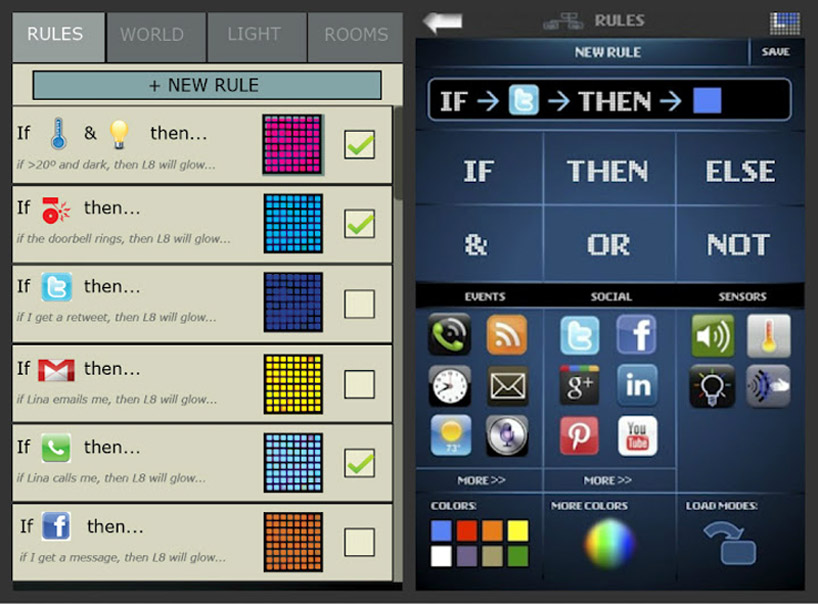 the control interface lets users set ‘if this, then that’ commands for their display