tessle is the latest installation by the belgian design studio lab [au]. this kinetic object was developed to investigate sound and space, taking its named from the term tessellation. tessle consists of a suspended topography measuring 4 x 2m that is subdivided into forty triangles. the design uses the ‘pinwheel pattern’, a term coined by mathematicians charles radin and john conway, ‘which allows the creation of an infinitely complex geometry constructed with a simple single ‘seed’: a right triangle’. the pattern is transformed into a three-dimensional form through folding. twelve of the triangles are fitted with motors that enable them to adjust their position, while another eight have audio transducers. theses devices output sound that is altered by the shifting form. tessel is a co-production of the galleries mediaruimte (brussels) and roger tator (lyon), realized with the financial support of arcadi – commission des arts numériques de la communauté française de belgique and made in collaboration with david lettelier. http://lab-au.com 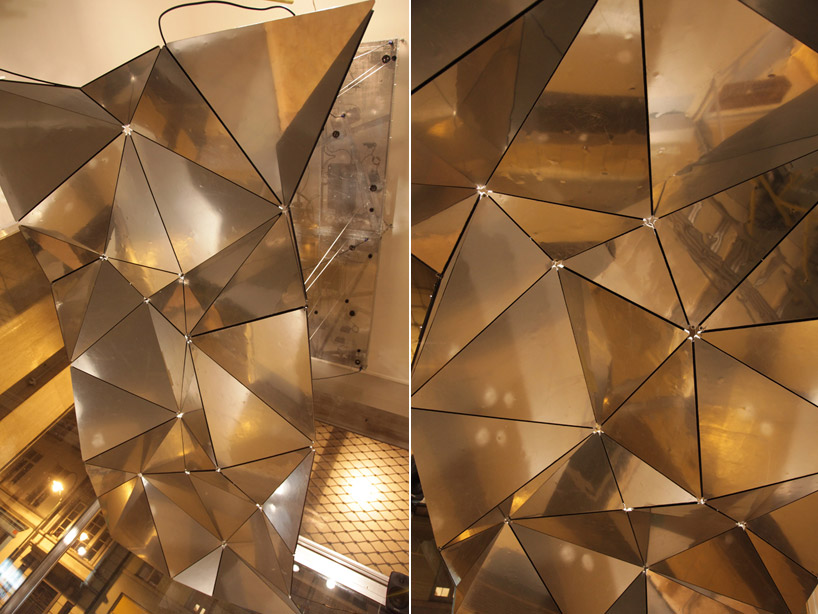 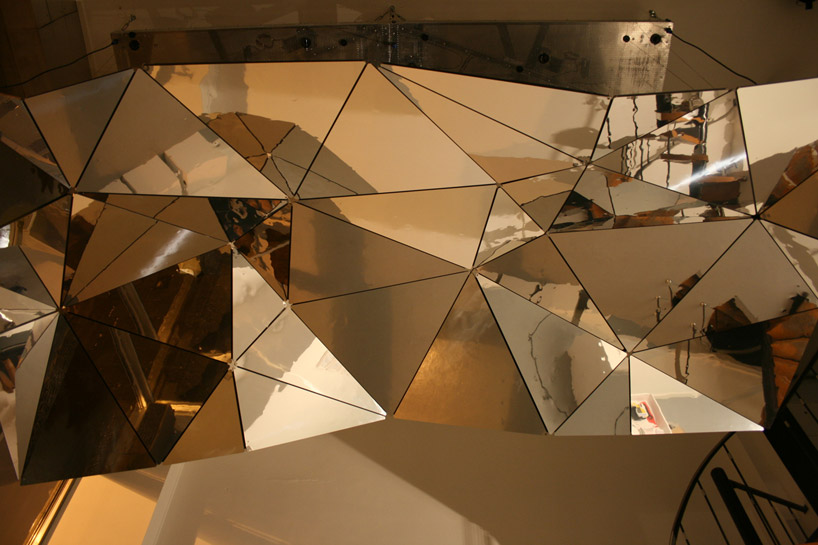 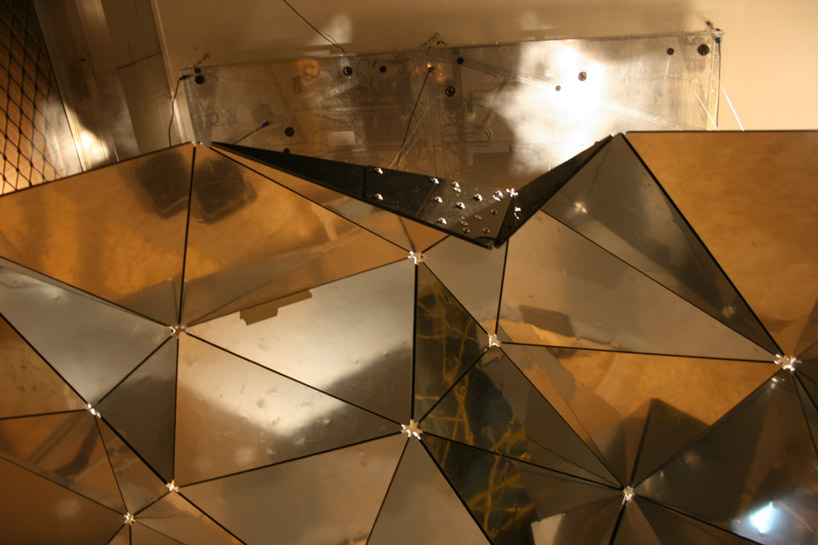 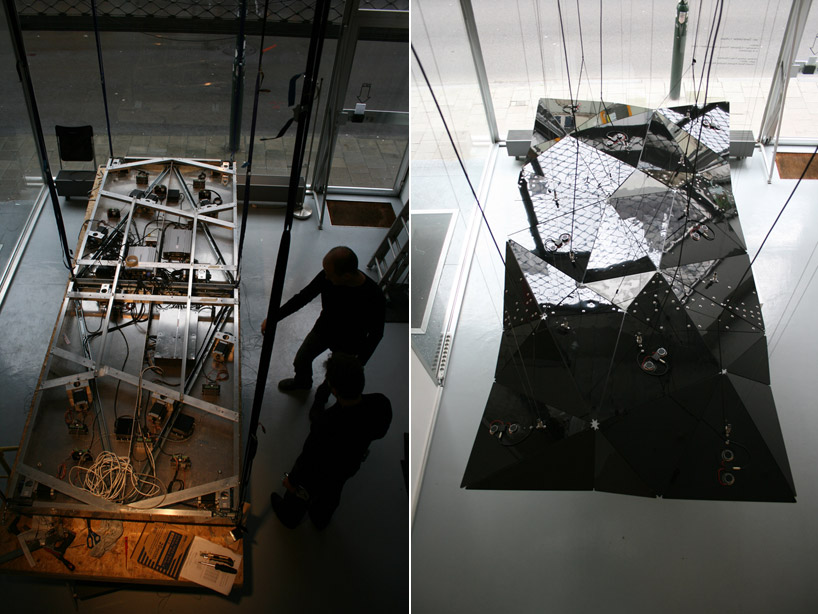 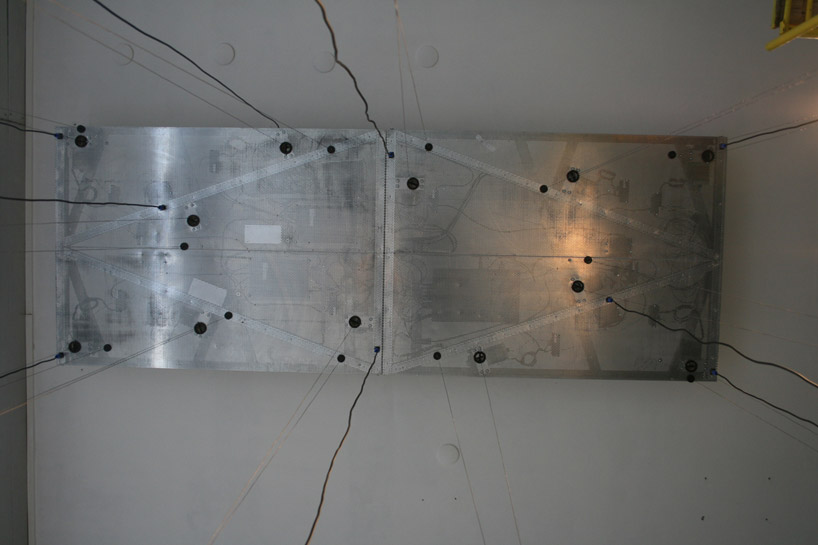 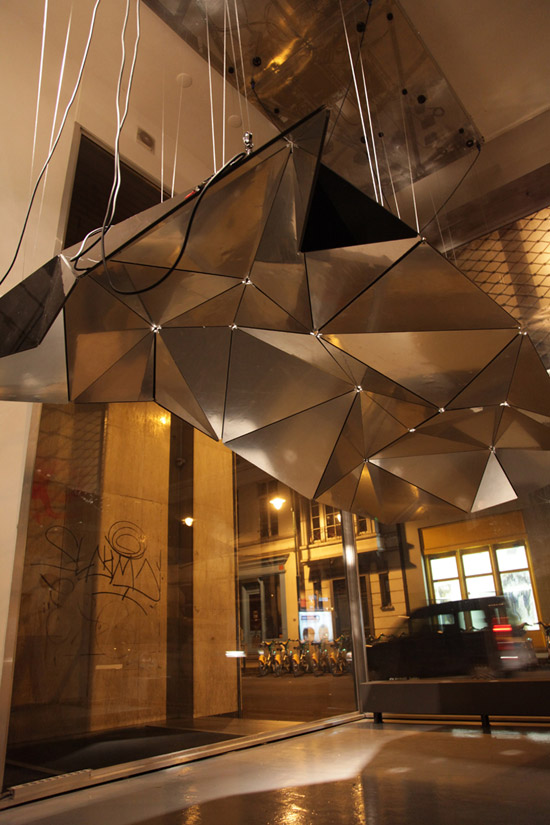 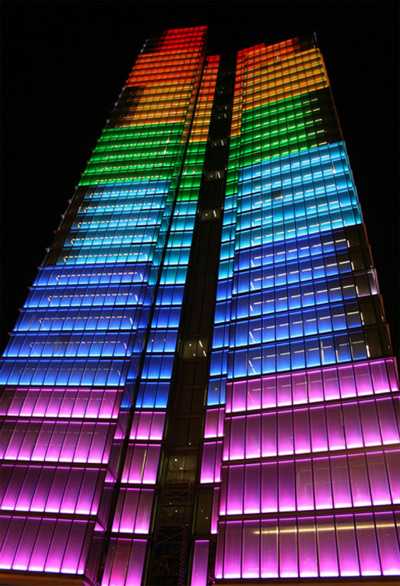 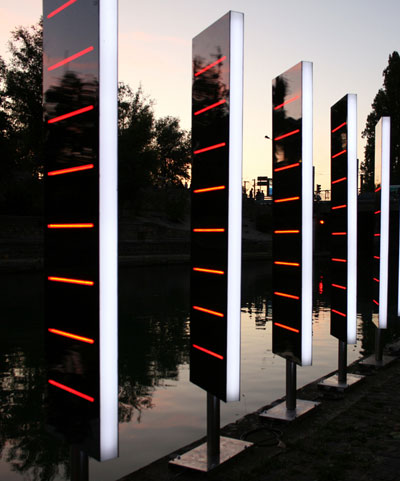 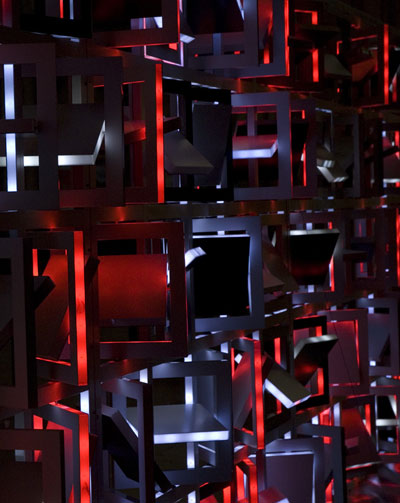