lamborghini has announced the arrival of the new ‘aventador S’ sports car, characterized by it’s aerodynamic design, redeveloped suspension, increased power and enhanced driving dynamics. we have witnessed a slew of ‘aventadors’ from the bologna-based automaker such as exclusively-stylish ‘aventador miura homage‘ and the frightening 750 bhp ‘aventador LP 750-4 superveloce‘. the ‘S’ is the suffix of previous enhanced lamborghini models and the manufacturer promises it will define a new benchmark for the V12 sports car. 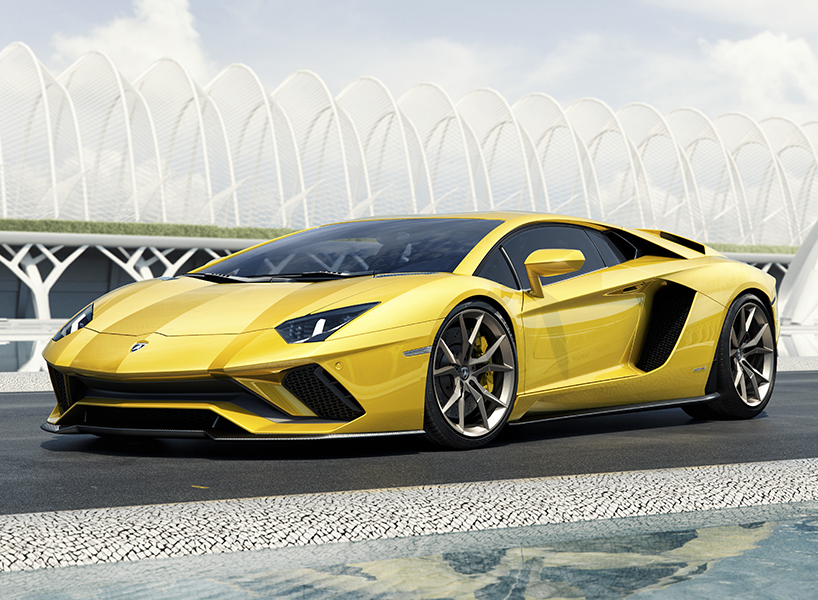 lamborghini’s 6.5-litre V12 engine now produces 730bhp – considerably bettering the ‘aventador’s’ previous 691bhp. the exhaust has shed weight and is 20 percent lighter than before, increasing the 0-62 mph time to just 2.9 seconds while producing a new sonorous roar. perhaps the most innovative feature is the introduction of the bologna-automaker’s four-wheel-steering system for the first time on a production road vehicle. the ‘aventador S’ front axle features lamborghini’s dynamic steering setup: at the back there are two separate actuators responding to the driver’s steering input; at low speeds, the front wheels will face in the opposite direction to the rears, essentially reducing the wheelbase; while at high speeds, all wheels face the same angle for improved stability. 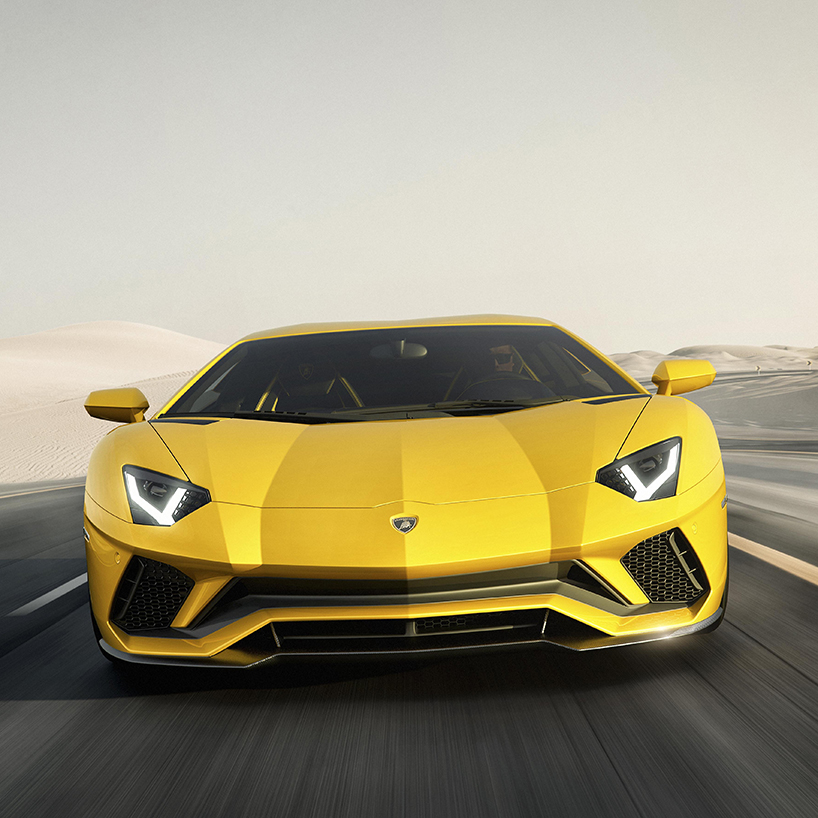 the ‘aventador S’ features a number of exterior developments, particularly in front and rear, while its profile remains clearly an ‘aventador’. lamborghini’s centro stile (design studio) has intelligently integrated certain elements of past icons, such as the lines of rear wheel arches reminiscent of the classic ‘countach’. a more aggressive nose and longer front splitter redirect airflow for better aerodynamic efficiency, improved engine cooling and increased cooling to he radiators. two air ducts in the side of the front bumper reduce aerodynamic interference from the front tires and optimize wake flow to the rear radiator. 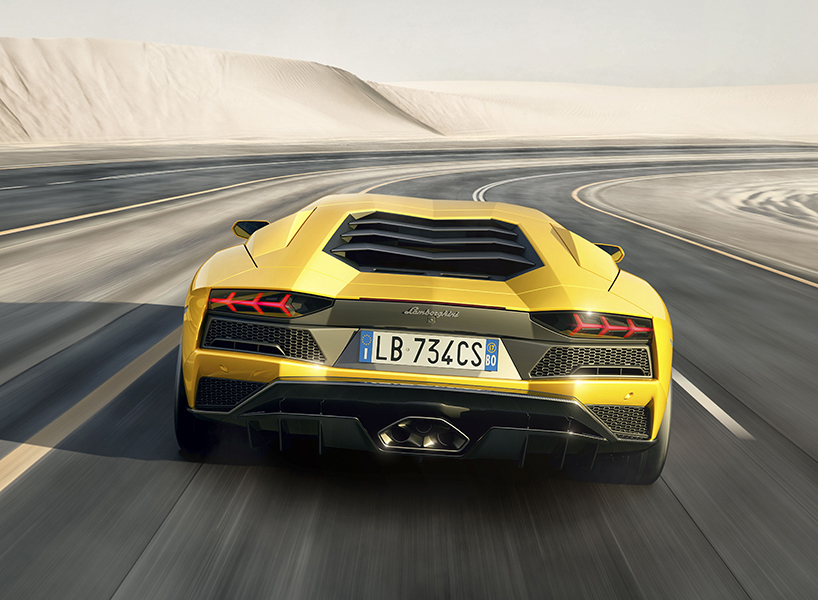 the rear of the sports car is dominated by a black diffuser, available on request in carbon fiber, characterized by a number of vertical fins that amplify the airflow effects, reduce drag through pressure recovery and generate downforce. three single exhaust outlets exit through the rear bumper. the active rear wing is movable in three positions depending on speed and drive select mode, and optimizes the car’s improved overall balance, working with vortex generators created in the front and rear of the chassis’ underside that maximize air flow as well as assist in brake cooling. the ‘aventador S’ design results in significantly enhanced aerodynamic performance. front downforce has been improved by more than 130 % over the previous model. when the wing is in its optimum position the overall efficiency at high downforce is improved by over 50 %, and in low drag by more than 400 % compared to the previous model. 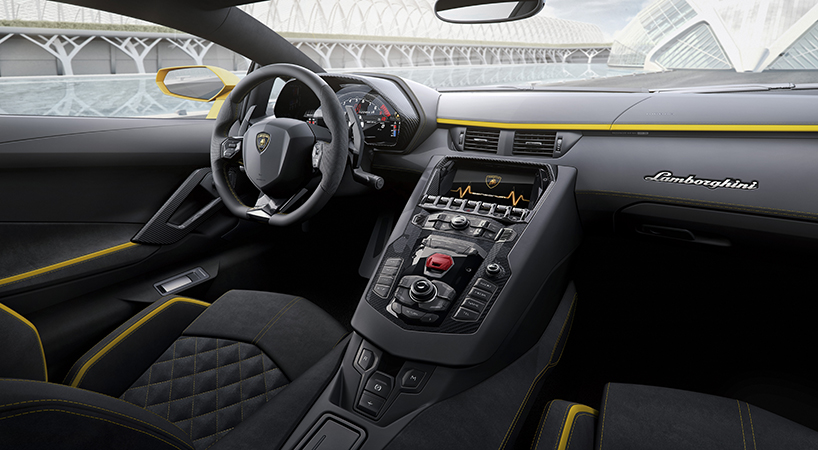 ‘this is the next generation aventador as well as the expression of new technological and performance milestones in super sports car development,’ comments automobili lamborghini chairman and chief executive officer stefano domenicali. ‘the aventador s is visionary design, cutting-edge technology and driving dynamics in pure harmony, and elevates the concept of super sports cars to a new level.’ 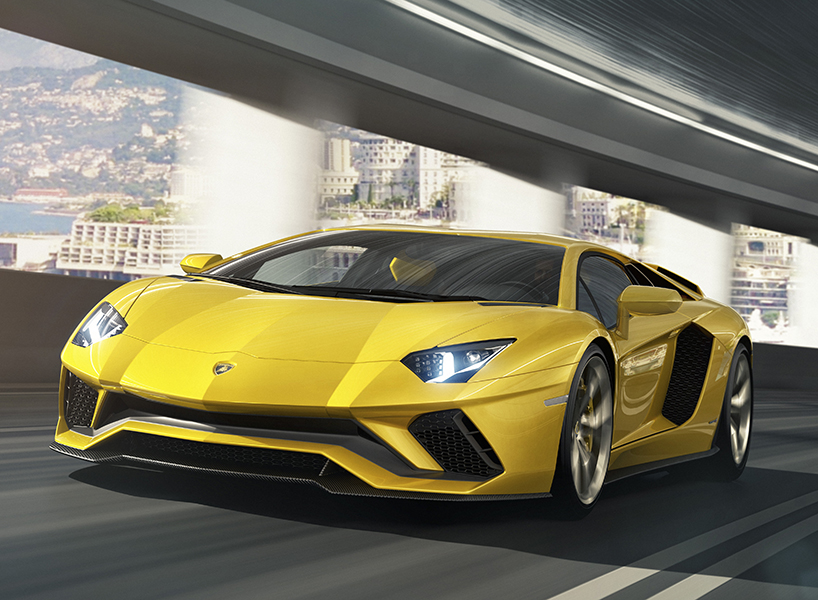 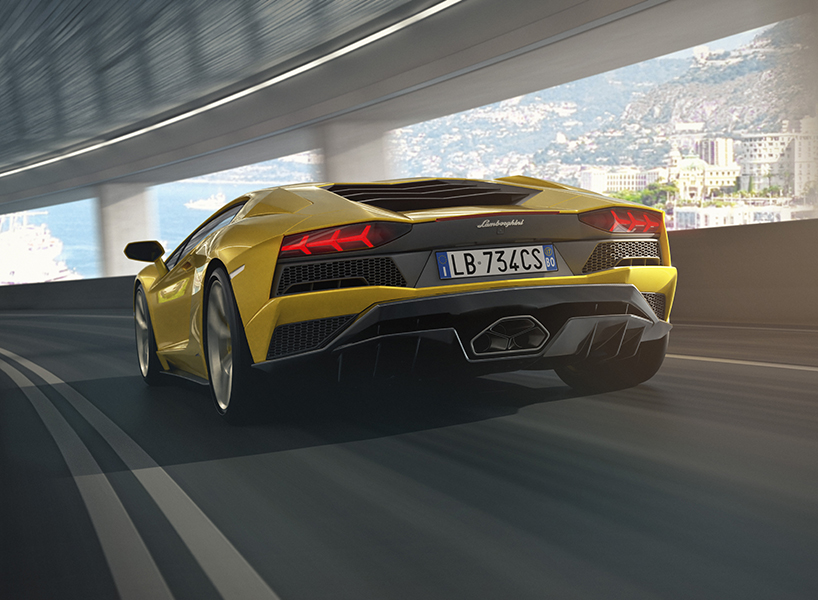 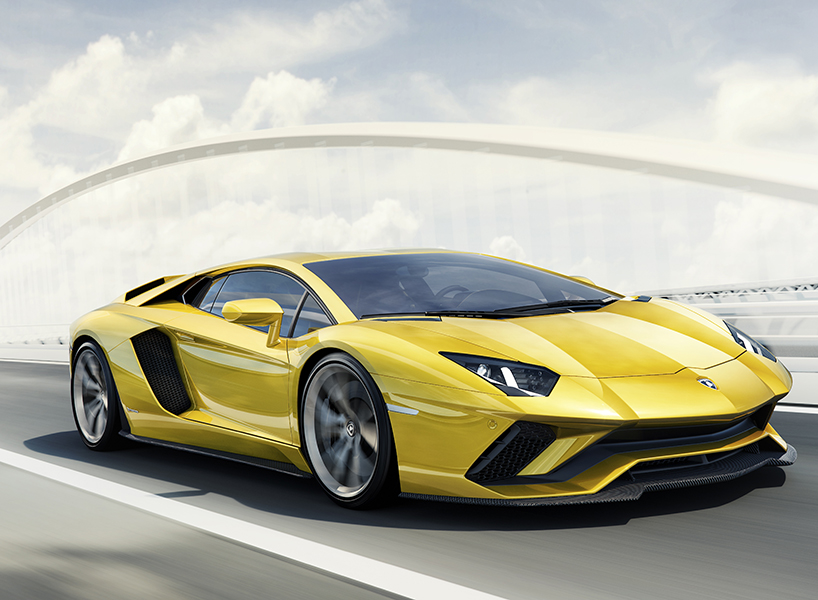 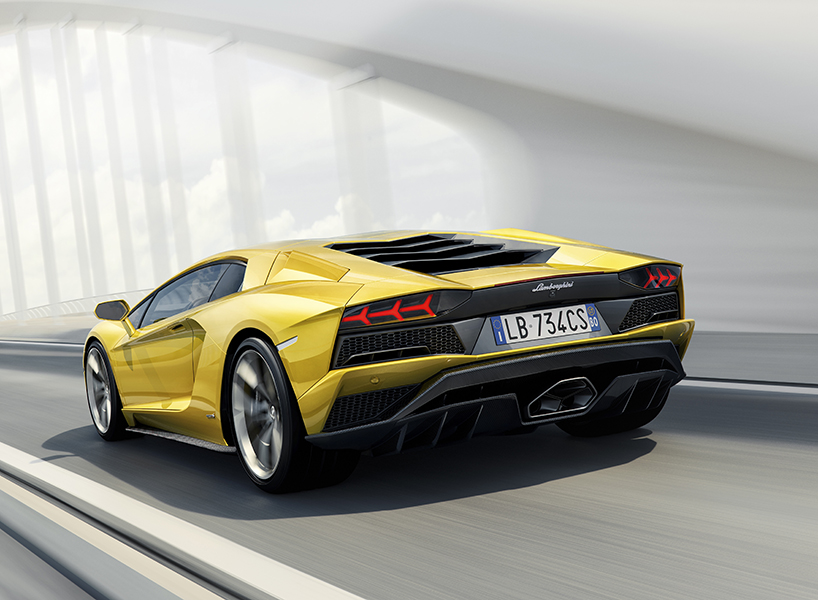