LaMetric, an RSS-based programmable smart display for the internet of things
email and social notifications
all images courtesy LaMetric

through kickstarter, studio smart atoms introduces ‘LaMetric’, a programmable smart display for the internet of things. the connected device is capable of telling the time, weather and warnings, office meeting information, email and social notifications with subject lines, crossfit timing and fitness goals, to-do lists, stock quotes and much more. pulling information from rss feeds online, ‘lametric’ is also capable of tracking website visitors, conversions and other metrics. for instance, the pixel-based screen can help small businesses grow by engaging with passersby, displaying real-time information such as number of facebook fans, or twitter followers. ‘nike+ fuelband was a huge inspiration at the LaMetric concept stage,’ tells smart atoms to designboom. ‘we wanted to build a screen that looked like was part of the black case when the device was switched off, and when switched on clearly projected the screen across a large physical space with sharp bright square pixels.’ 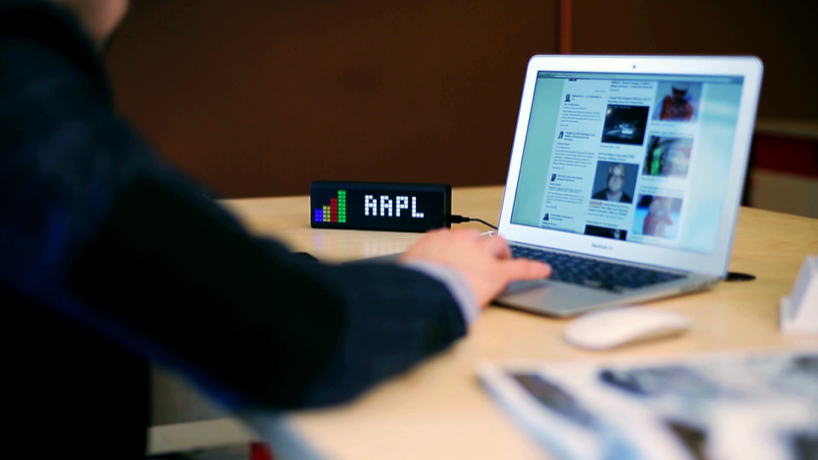 the device incorporates a full color screen. it can render up-to seven numbers and an icon at a time, and features full width scrolling text and smooth animations. a built-in speaker also delivers sound for streaming music and notifications through physical space. 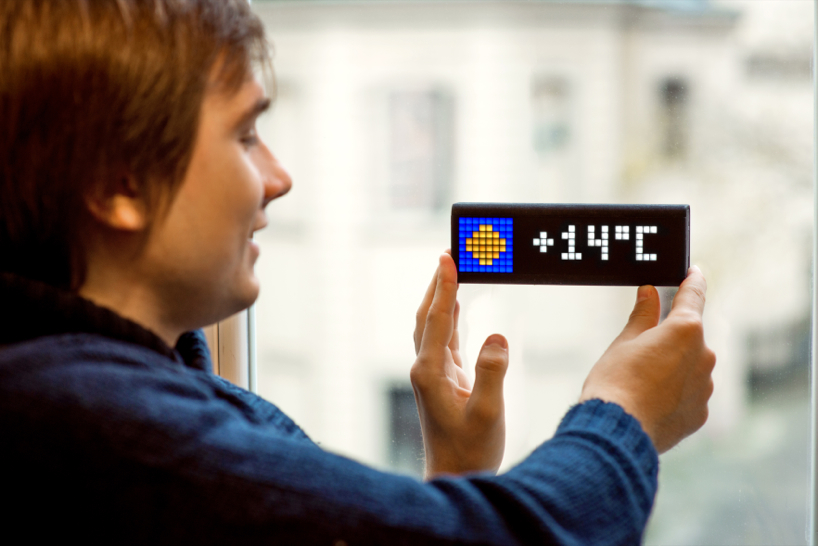 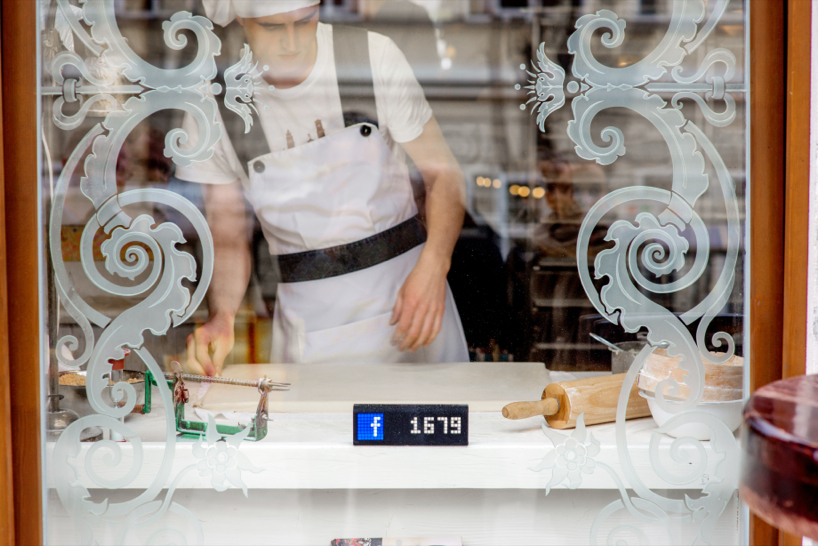 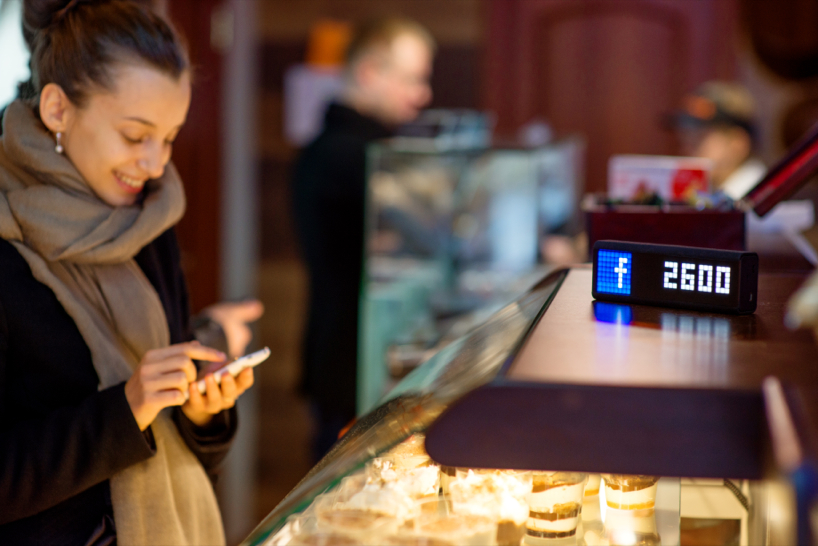 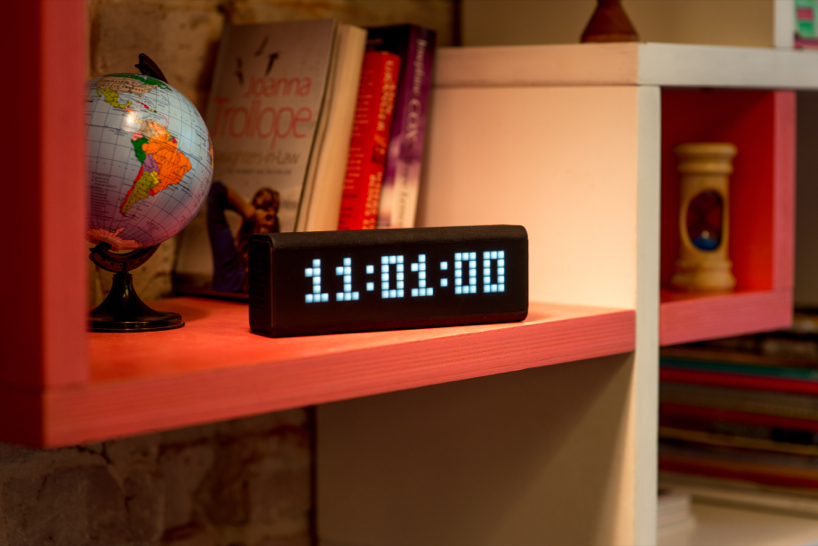 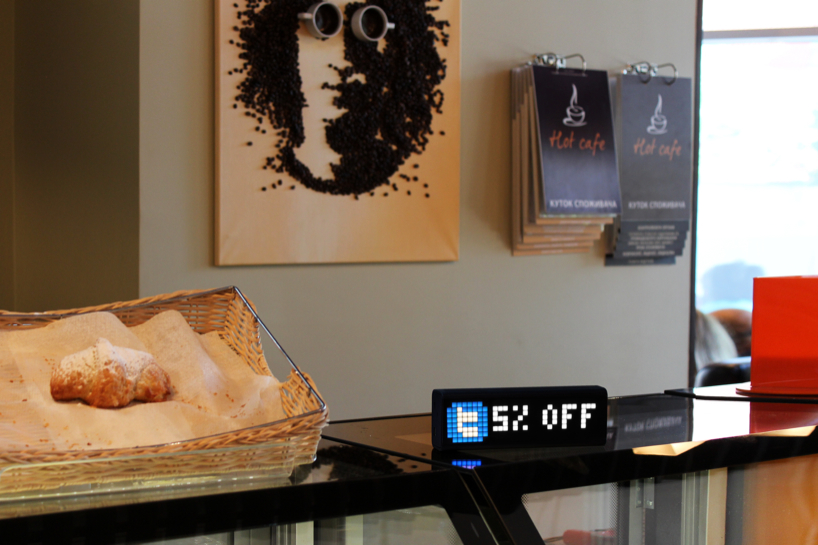