named after the legendary knight, the lancelot concept marks a series of custom motorcycles crafted by serbian designer marko petrovic. his idea is to create a unique set of 12 limited editions bikes, which will each be marked and named differently but together they will belong to a group of high end products.

all images courtesy of marko petrovic

as the name alludes to, the project makes reference to the legendary ‘knights of the round table’. inspired by their brotherhood, petrovic will create 12 series of motorcycles that will carry the name of each knight, and each model will be limited to a certain number and will carry the emblem and name of that particular knight. ‘as a designer I found a strong resemblance between the knights of the ancient time and the motorcycle brotherhood in the past and as well in present, so I decided to design special series of motorcycles,’ explains petrovic.

petrovic continues, ‘I began with lancelot, being my favorite knight (in that way I think each motorbike driver will find their own resemblance within the 12 knights). also, the idea that connects the story with the design is that each model is an actual bike from the past that has been taken, stripped completely and turned in to a whole new bike, so it can be called the old knight that has been upgraded to meet the present, by the look, design and the performance.’ lancelot is designed with strong attitude, bold lines and an aggressive armored look that surrounds the whole body, with blue/sliver coloring and red detailing that match knight lancelot’s emblem. everything is carefully designed with a touch of uniqueness, including the side fairings, tank and especially the front LED headlight. 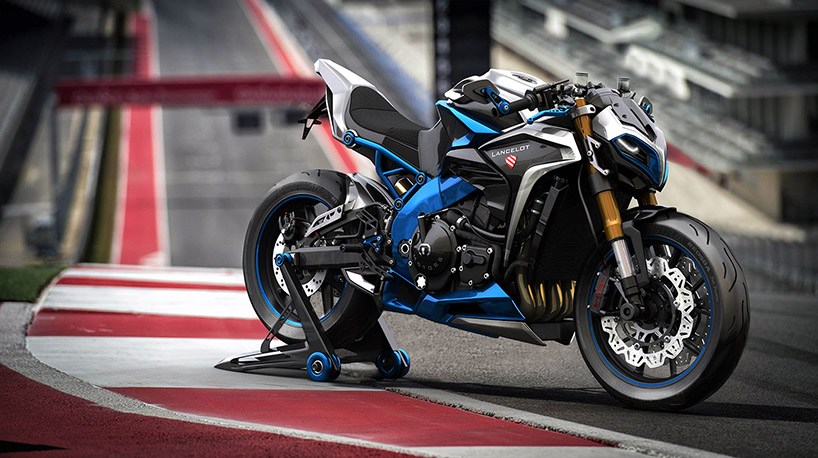 ‘as a designer I would like to see this model come to life and next year I will start building the very first prototype, with components most likely to be 3D printed. in the meantime I will work on other model designs to introduce other knights and eventually merge them in to one whole unit,’ says petrovic. 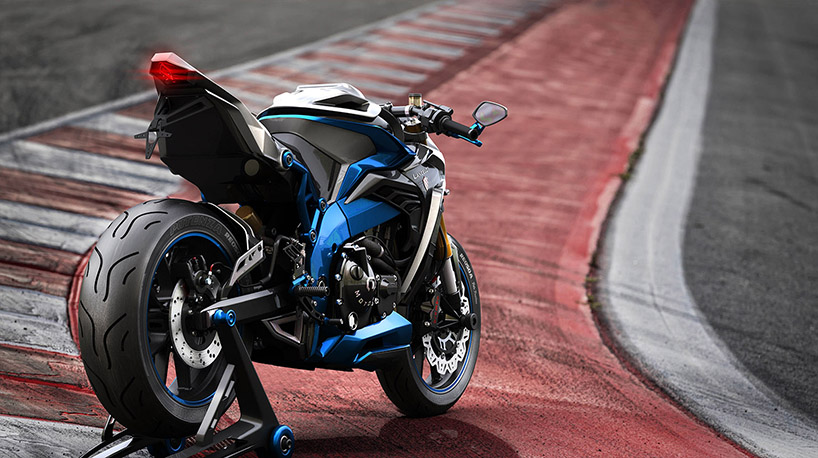 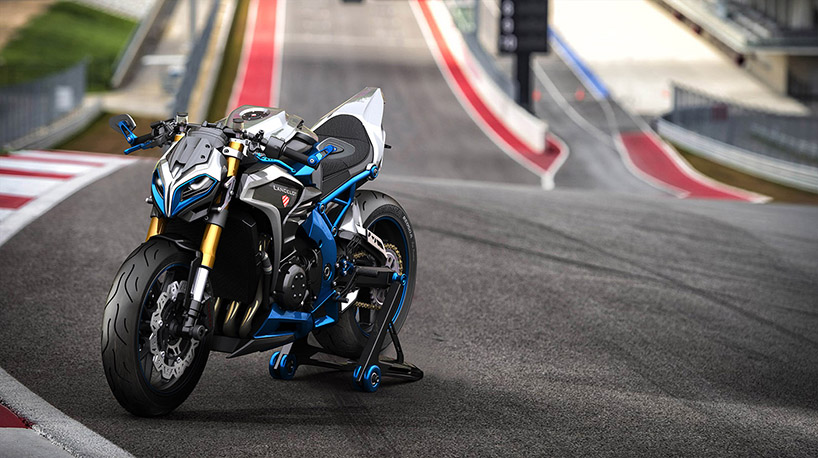 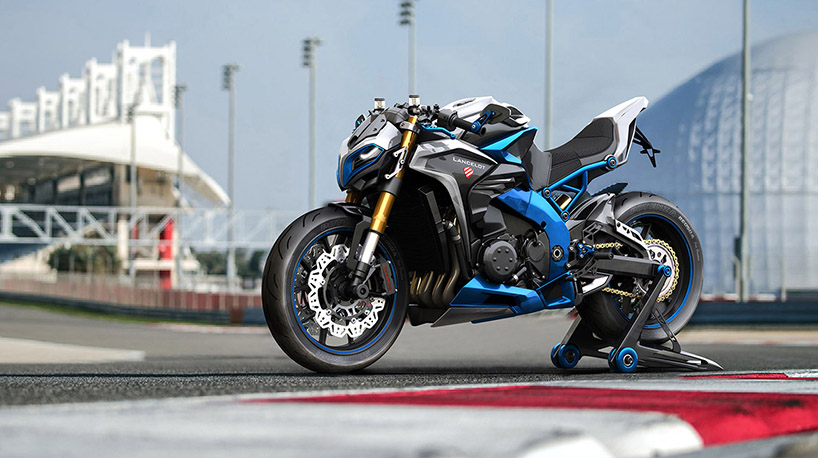