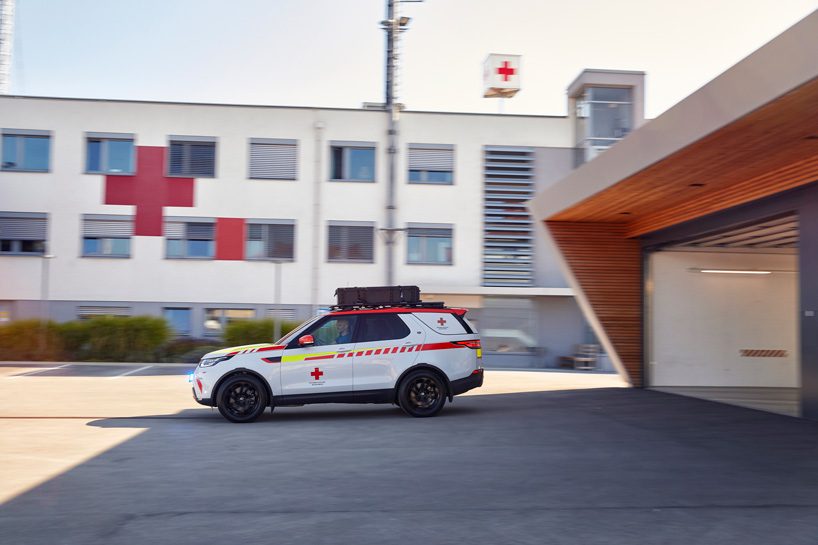 the specially designed and engineered ‘discovery’ is the result of an 18-month collaboration between the land rover special vehicle operations and the austrian red cross. its accompanying drone is fitted with a long-range thermal imaging camera that is capable of spotting a person from 440m and identifying a vehicle at almost 1,000m. the operator can also track objects found using the drone simply by tapping the item on the slide-out main computer touchscreens video feed and obtain precise co-ordinates – crucial when directing rescue efforts. 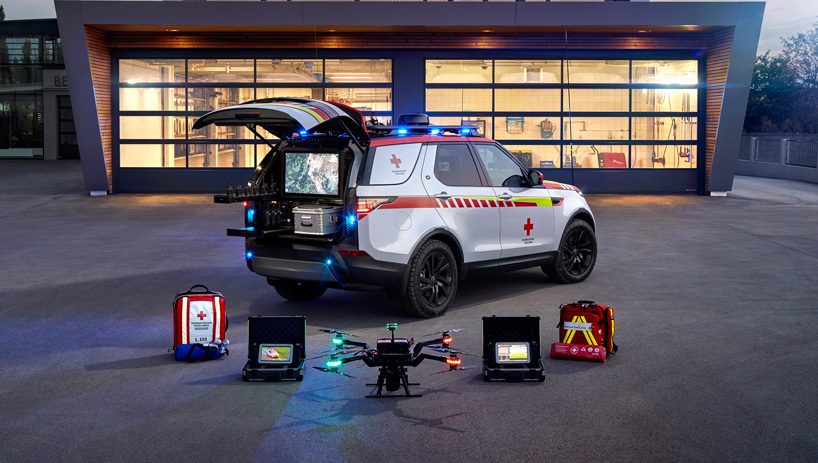 other bespoke features of the car include four radio antennae, 360-degree lighting and a unique integrated carbon fiber loadspace command center, enabling red cross operatives to co-ordinate emergency responses as soon as they reach the scene of an emergency, day or night. based on a 258ps 3.0-litre td6 land rover discovery, it allows emergency crews to reach remote disaster zones quickly in all conditions, then provide instant updates to improve response times and co-ordinate emergency planning.

‘our partnership with the red cross isn’t just about our vehicles,’ notes michael van der sande, managing director of jaguar land rover special operations. ‘since we started collaborating in 1954, our aim has been to help the red cross improve its disaster response and ultimately to help save lives. over the past 18 months our engineers have worked closely with the emergency response team at the austrian red cross, deploying land rover’s technology and talent to create a unique solution to the requirements of the red cross in the region.’ 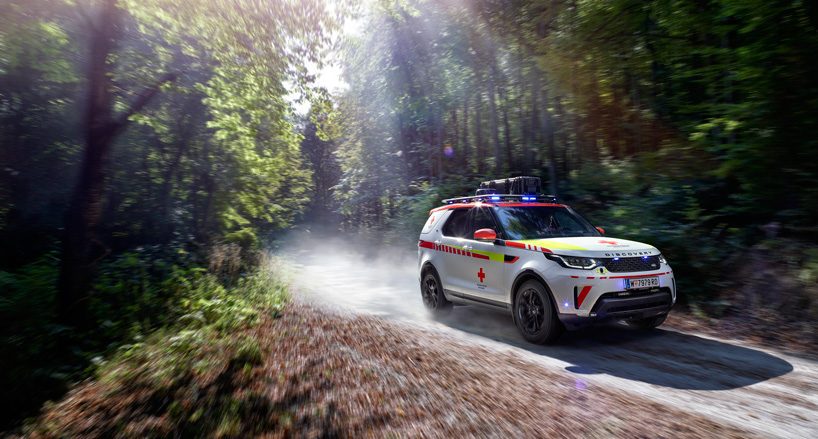 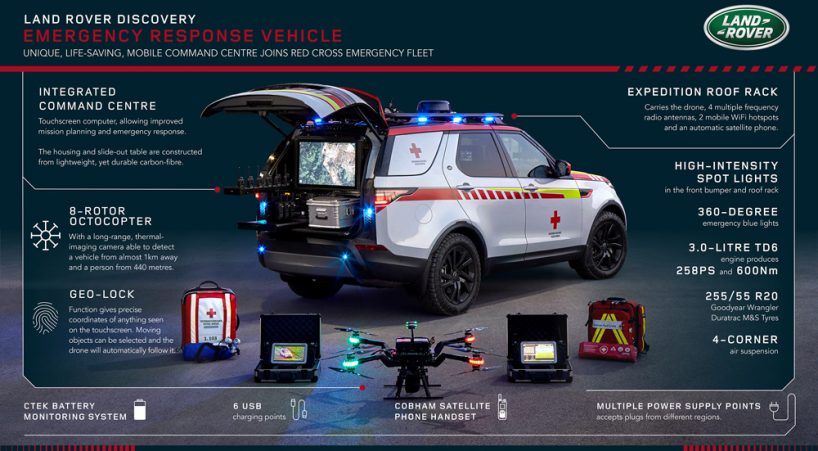 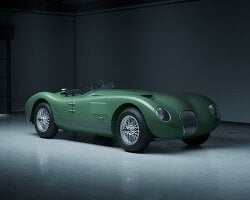