french custom auto/moto maker lazareth is one step closer to realising its vision of a flying motorcycle. a new video showing off the moto volante demonstrates its ability to take off successfully and achieve a hover, even if with a few stabling tethers. 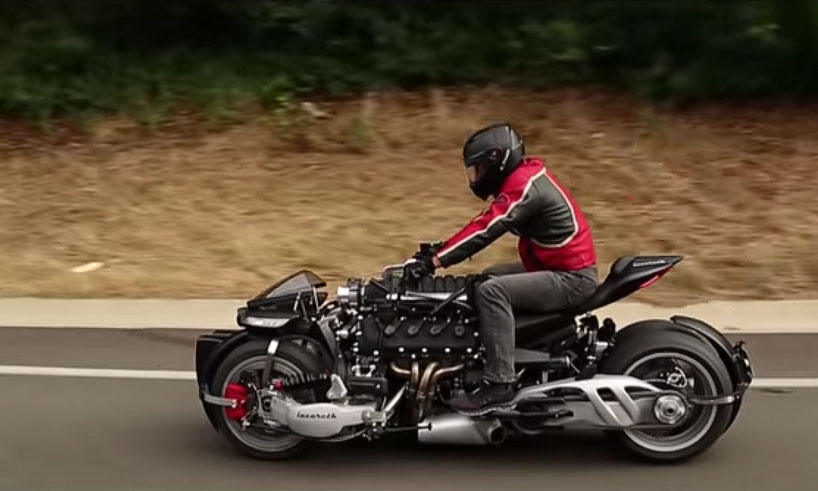 the model in question looks a lot like lazareth’s LM-847, a four-wheel mechanical sculpture built around a 5.2 liter V8 maserati engine. the moto volante goes one step further with a 96,000-rpm jetcat jet turbine in the hub of each wheel. hydraulic actuators tilt the four wheels out and up and two extra jets can be added near the middle of the chassis to handle more weight. 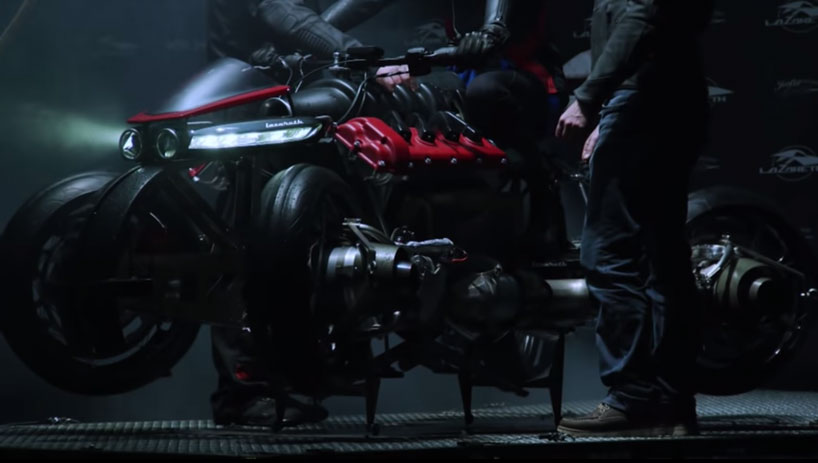 according to lazareth, the flying motorcycle can convert from ride to fly mode in approximately 60 seconds. pressing a button activates the transition gradually heating the jets for lift off. lazareth has hover-tested the bike on tethers to a height of 3.3 ft (1 meter). 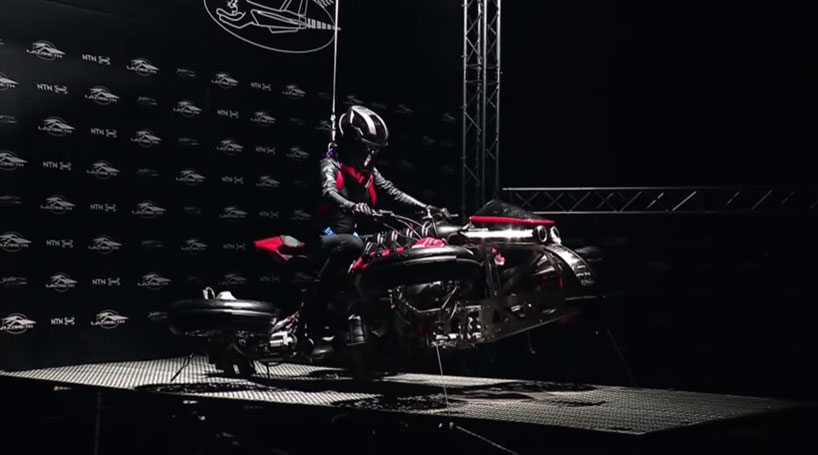 france’s BFM TV reports that the entire bike weighs just 140 kg (308 lb), and makes some 240 kg (529 lb) of thrust in flight mode. others also speculate that the bike runs on electric drive due to the lack of chains leading back from the powerplant. the lazareth team will be exhibiting the moto volante to gitex in dubai this october, and will launch pre-orders there at a price of €496,000 (approx. US$560,000). 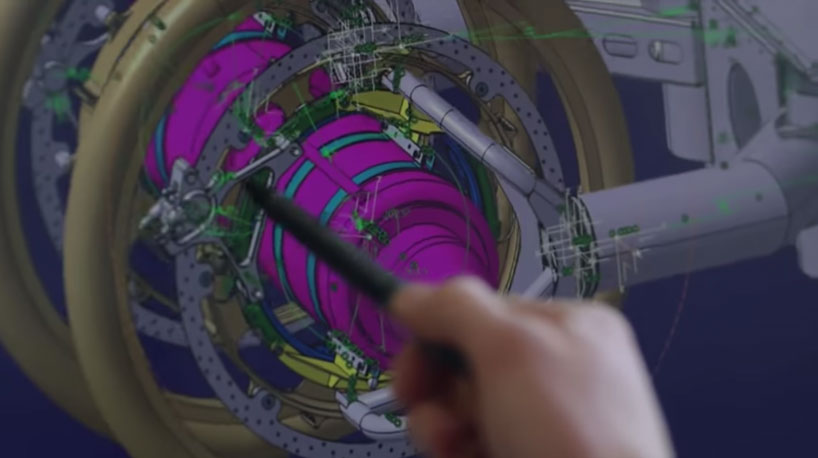 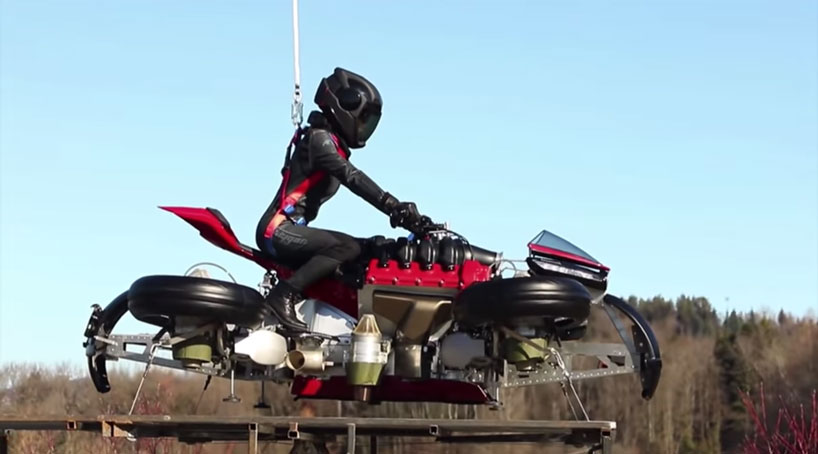