a team of designers, engineers and dreamers based in rome, italy, lazzarini design studio imagines the future of flying vehicles. the formula drone one concept is a tricopter that can be created using the current drone technology. the red prototype concept was inspired by a 1950s formula one ferrari’s curves and geometries, resulting in a modernist design. 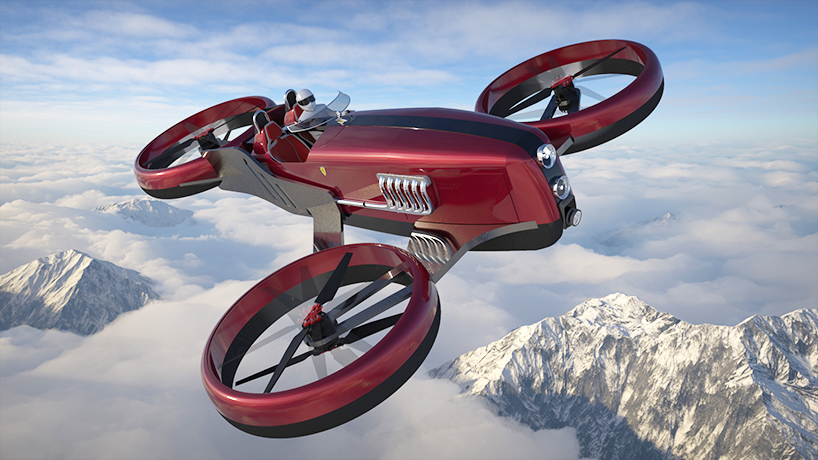 the tricopter by lazzarini, mounts six electric engines – four in the front and two in the rear. all the engines are connected from a belts system to V12 petrol engine, located in the front part of the vehicle. the vehicle can fly by receiving the necessary power directly from the engine or from the batteries. 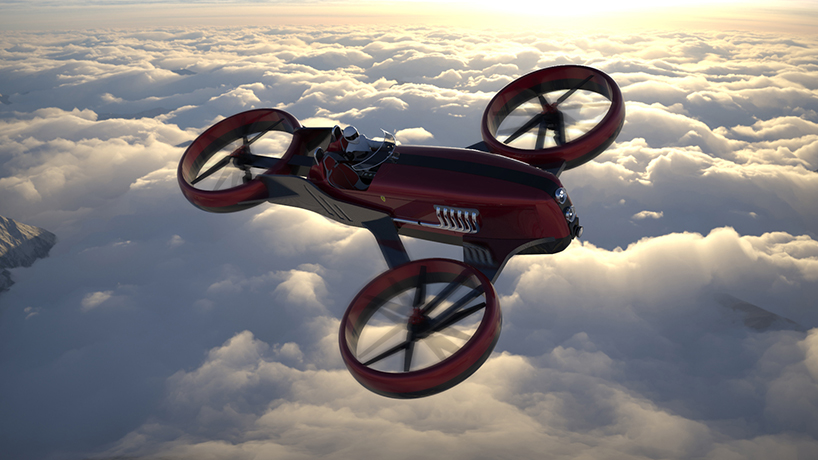 the complete carbon fiber structured body comfortably fits two passengers and includes three battery packs in its basement. the formula drone measures 7.40 meters long and weighs under 900kg. hypothetically, the vehicle could reach an estimated top speed of about 500Kmh with an estimated autonomy of three hours. 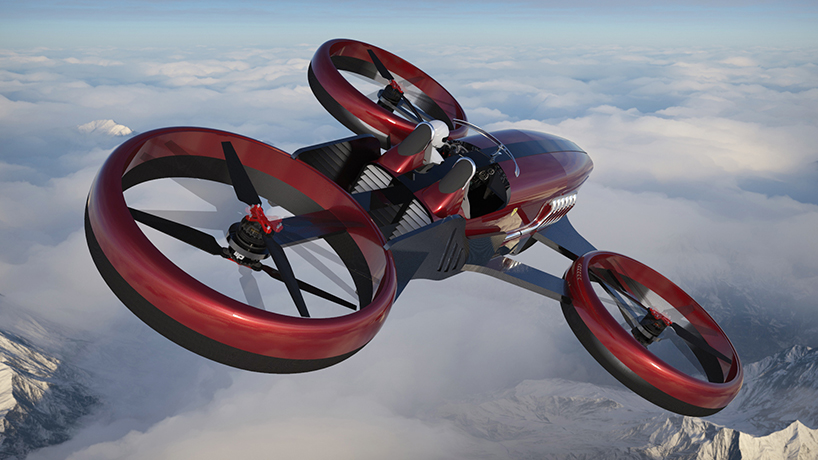 lazzarini is looking for investors to initialize the construction of a first prototype. 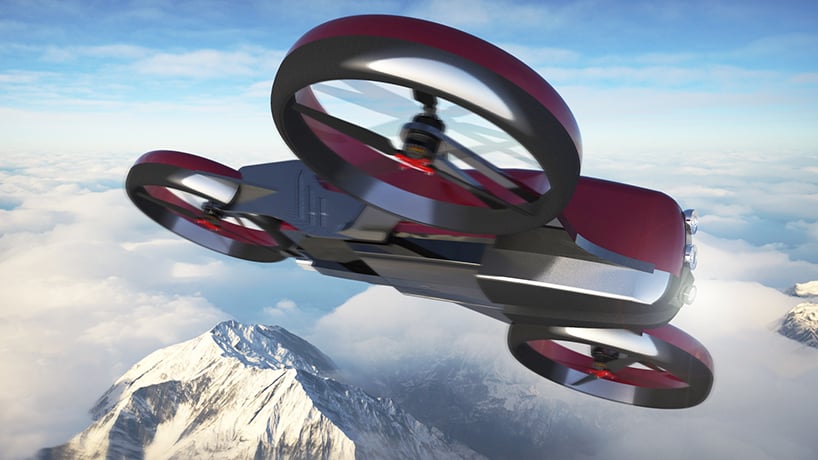 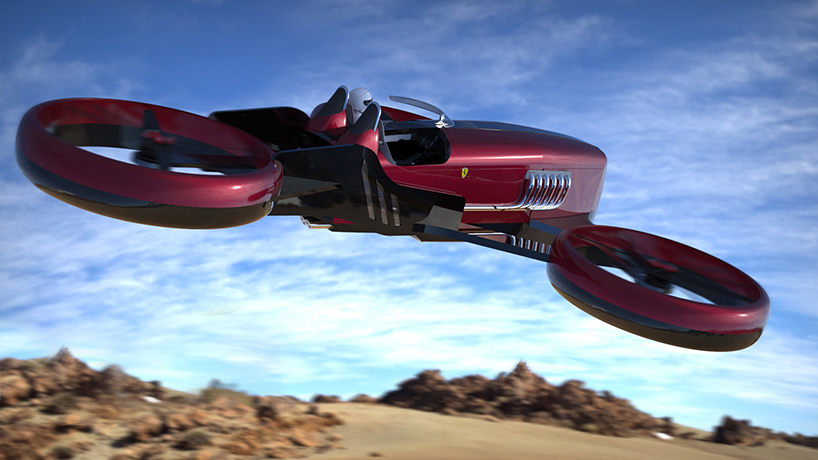 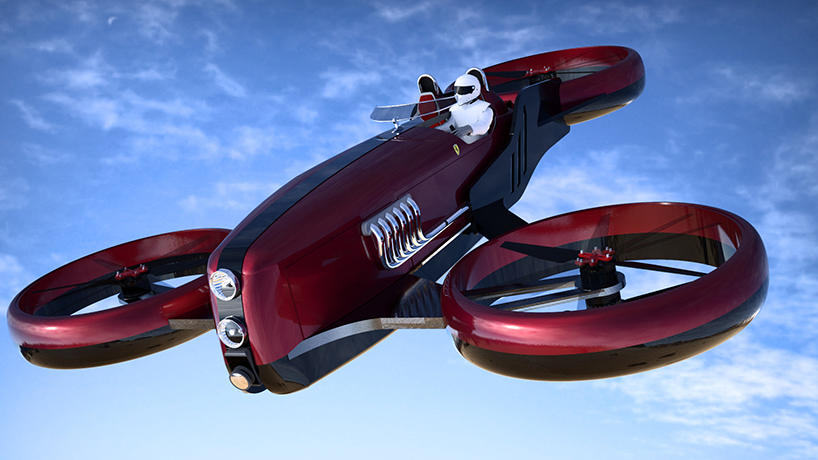 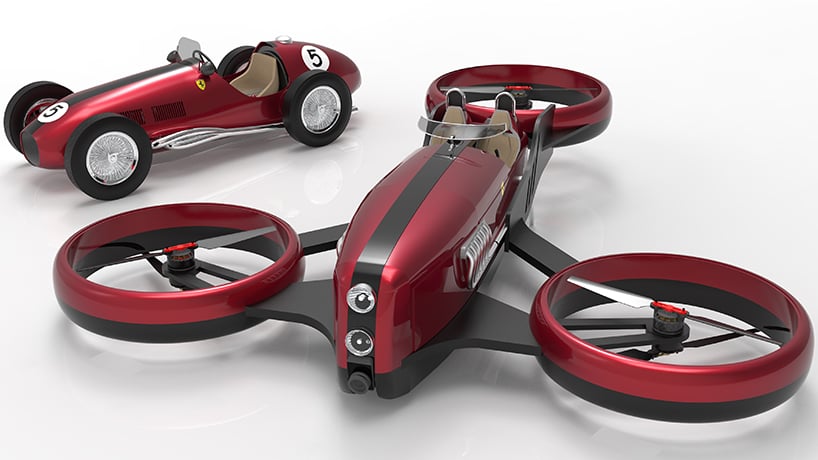 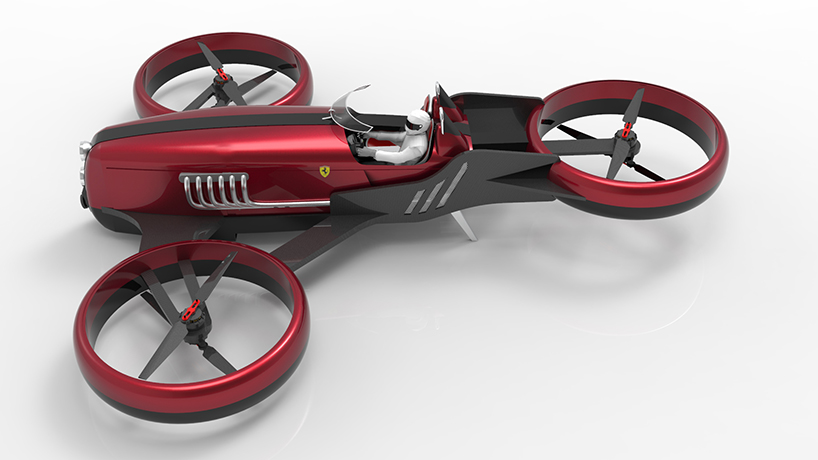 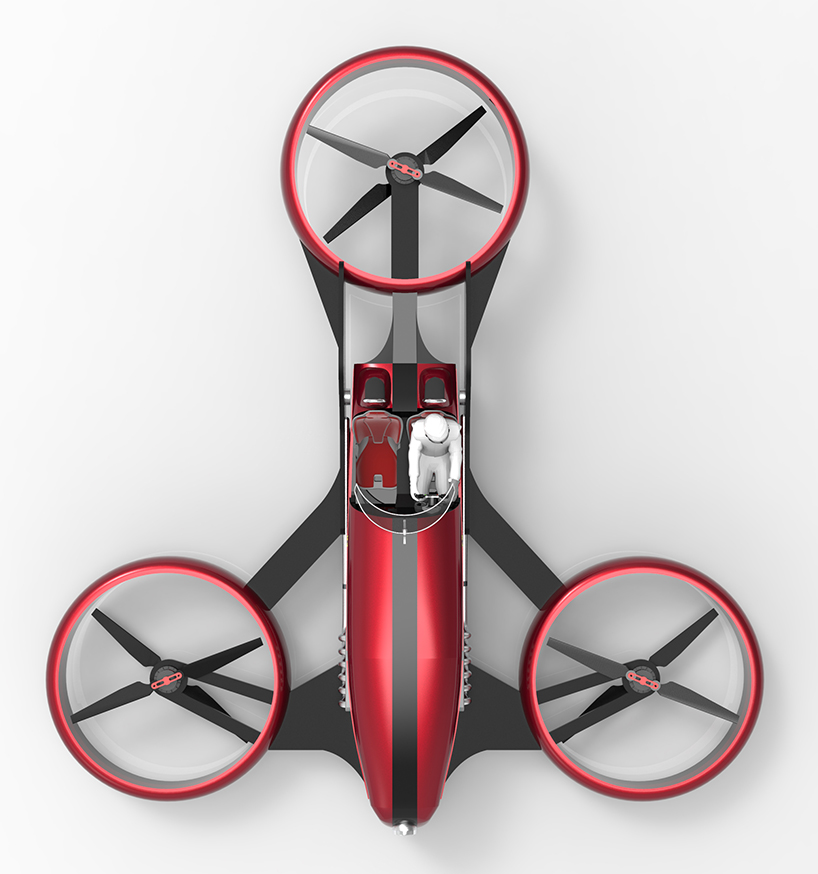 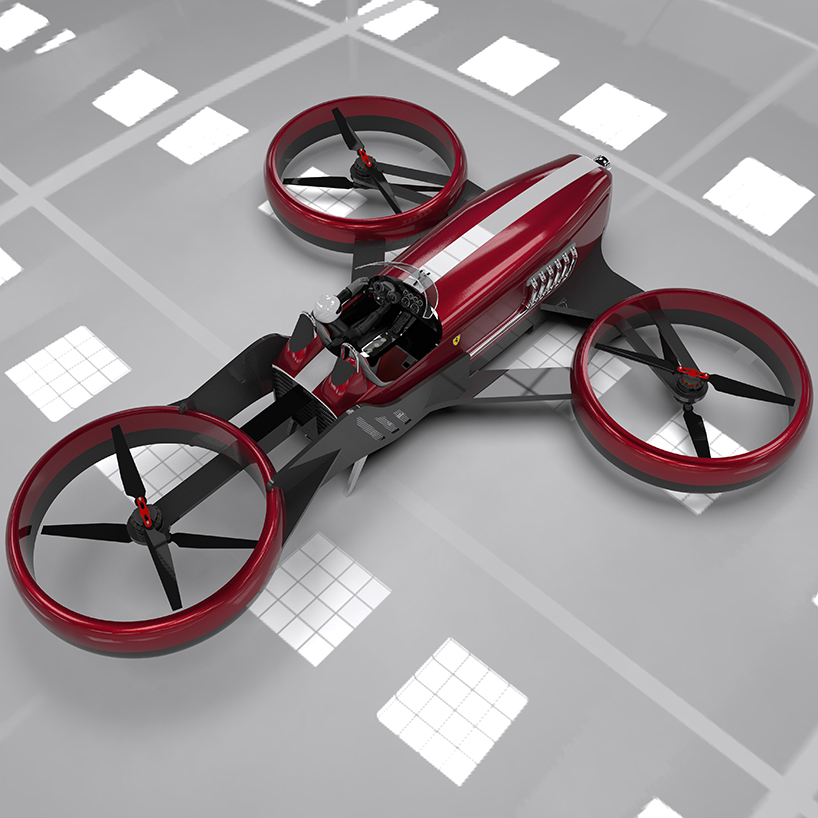 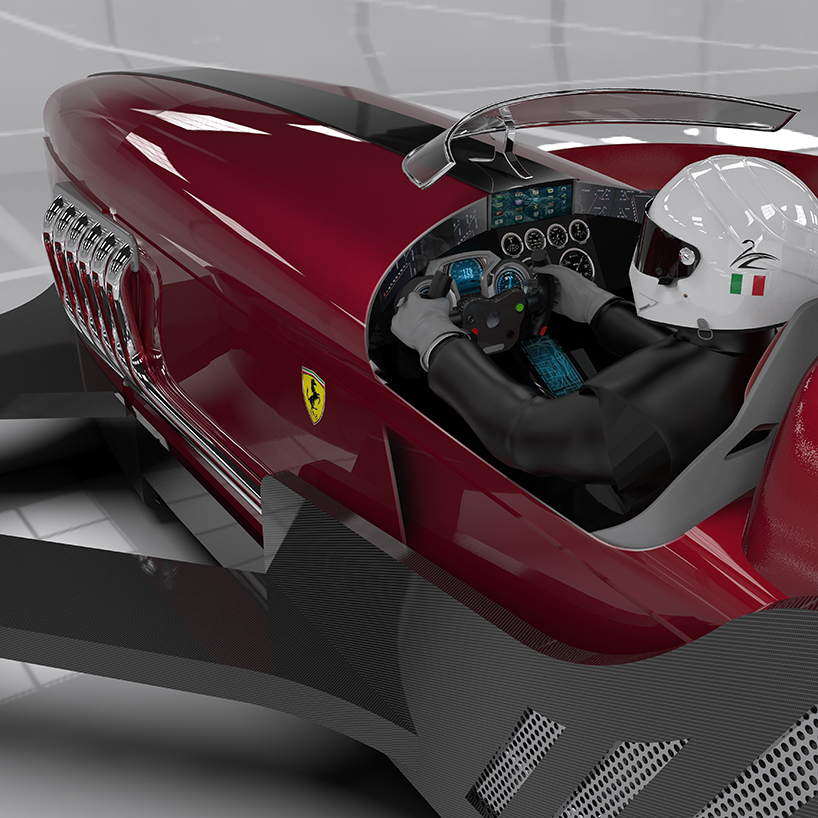 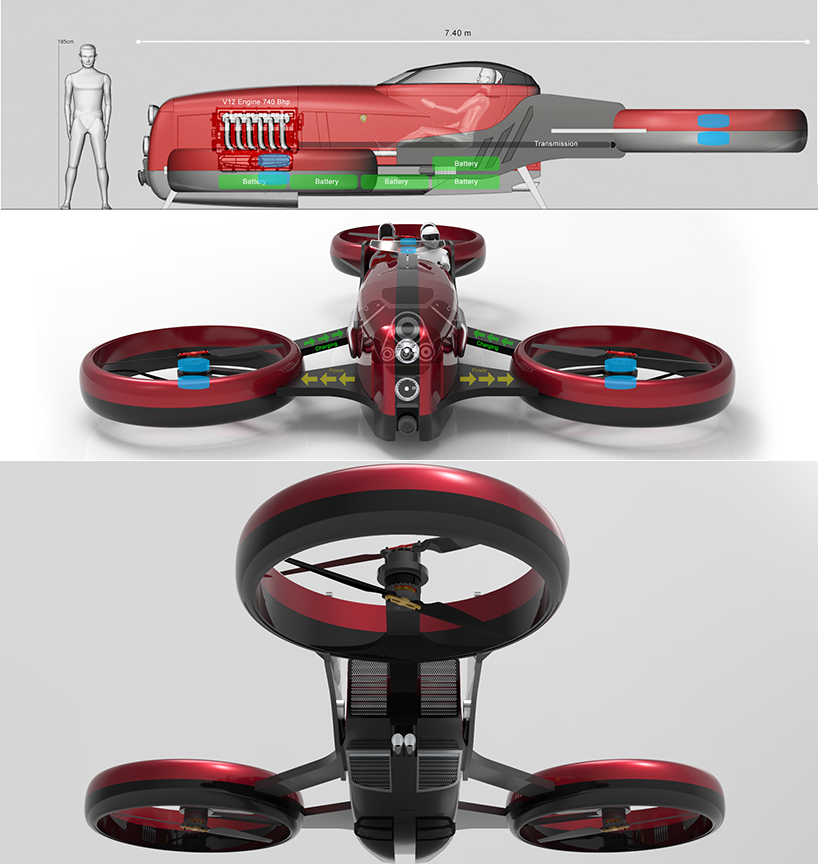 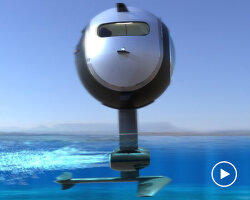 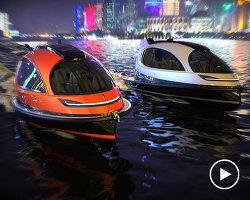