lazzarini design studio’s ‘hover coupé’ is a flying car concept influenced by iconic italian car brand isotta fraschini. created by italian designer pierpaolo lazzarini, he successfully combines a retro aesthetic with futuristic technology to create a vision of what a future with flying automobiles may be. 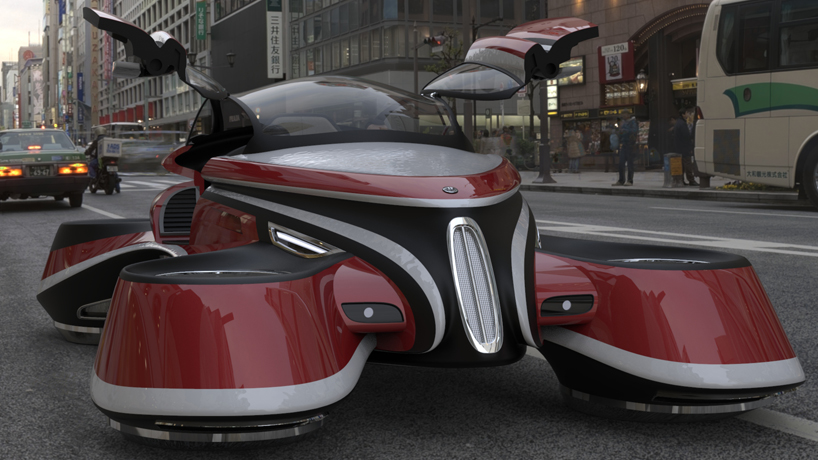 lazzarini design studio believes in thinking about the future while never forgetting the past, which is exemplified in its ‘hover coupé’. the two-person futuristic vehicle measures 4,500 mm in length, making it similar to a compact car for scale. the hover coupé turns by releasing air inside its turbines, while the position of the jet engines also give it drone-like maneuverability. to stabalize the car in flight, the italian studio has fitted it with adjustable flaps below the chassis. according to the studio, these jets could allow the hover coupé to reach speeds exceeding 550 km/h (342 mph). like all flying car’s found in science fiction films, this design exercise will almost certainly never make reality, and will remain only at a concept phase. still, lazzarini’s renderings can serve to inspire manufacturer’s designers to take greater risks, to design truly dramatic and mesmerizing modes of transportation. 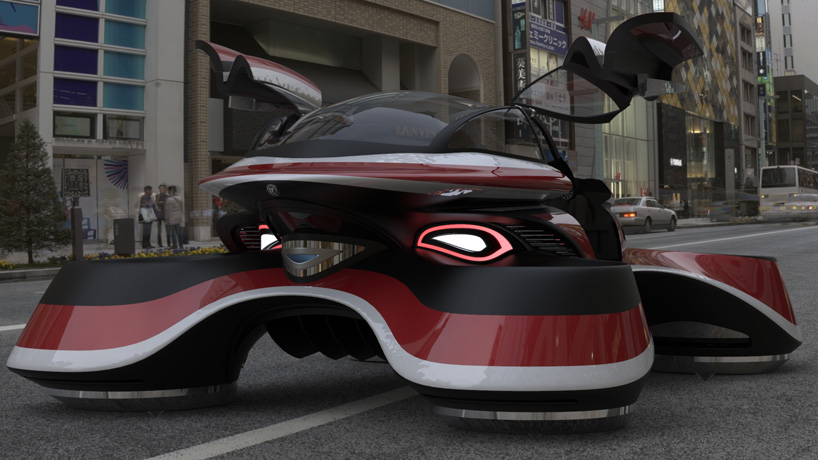 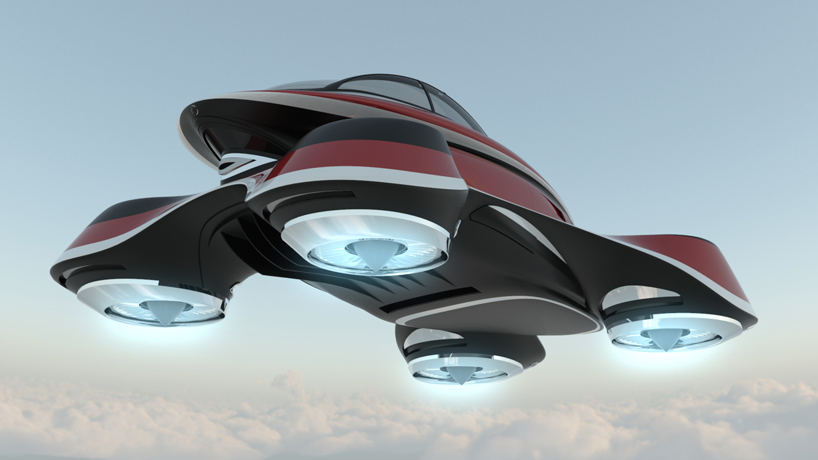 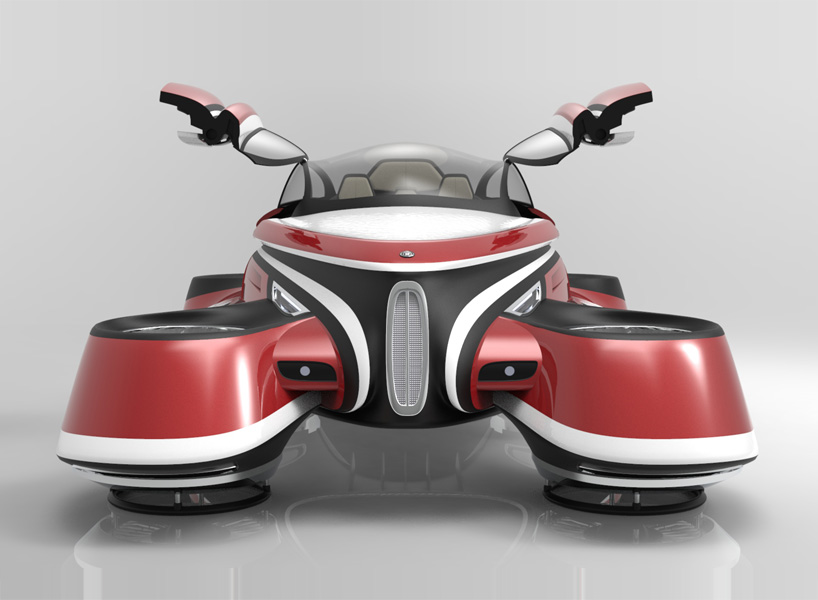 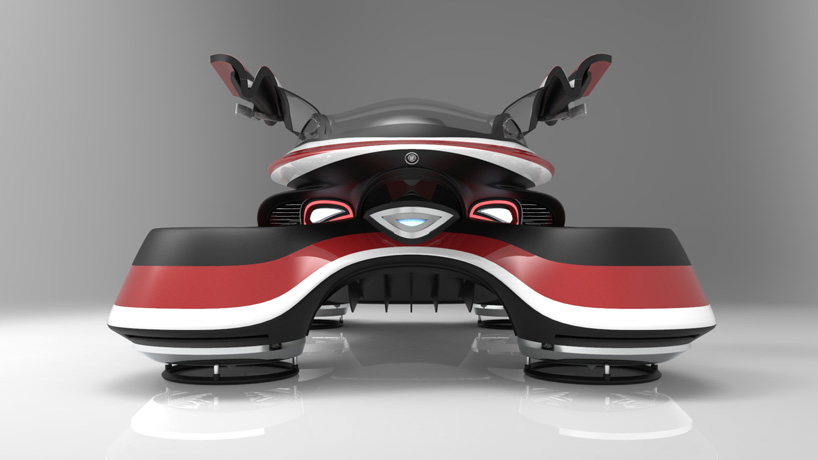 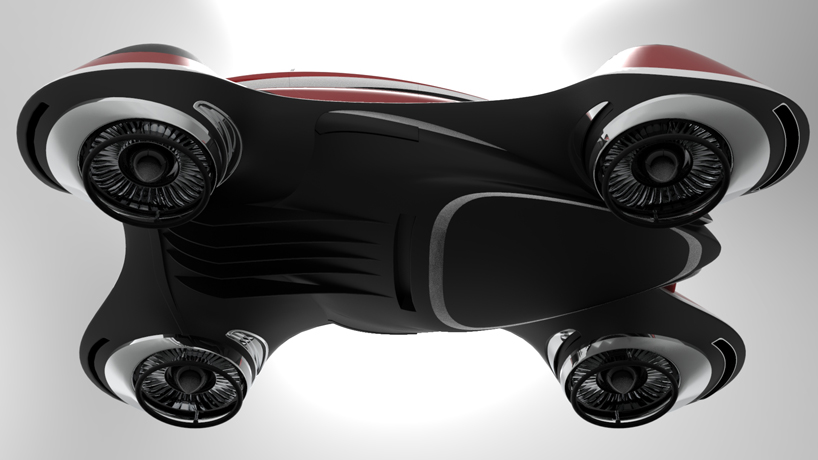