our friends at le fabshop in paris recently collaborated with the creative lab at renault to fully transform an electric car into a mobile 3D print lab. fully equipped with a maker bot replicator 2, the concept envisions a future where delivery and service vehicles would have a 3D printer installed, producing spare parts on-the-go, or on a job site. in the video below, the EV demonstrates a print job driving around paris and on the cobblestones of versailles, without causing defect to the printing process. 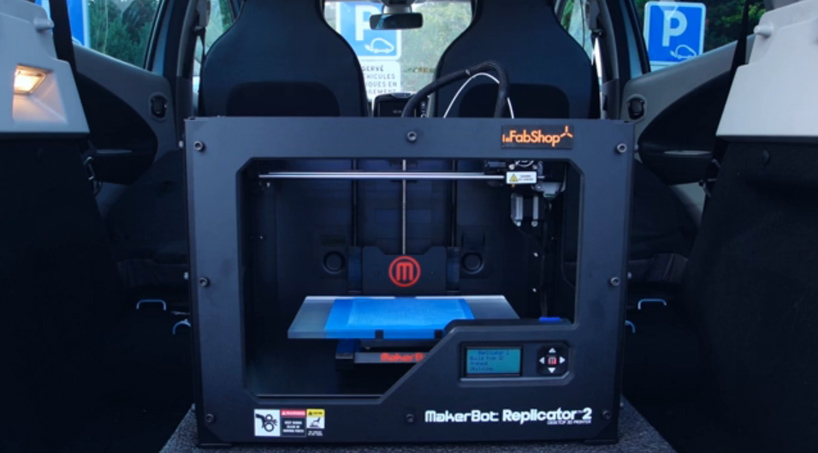 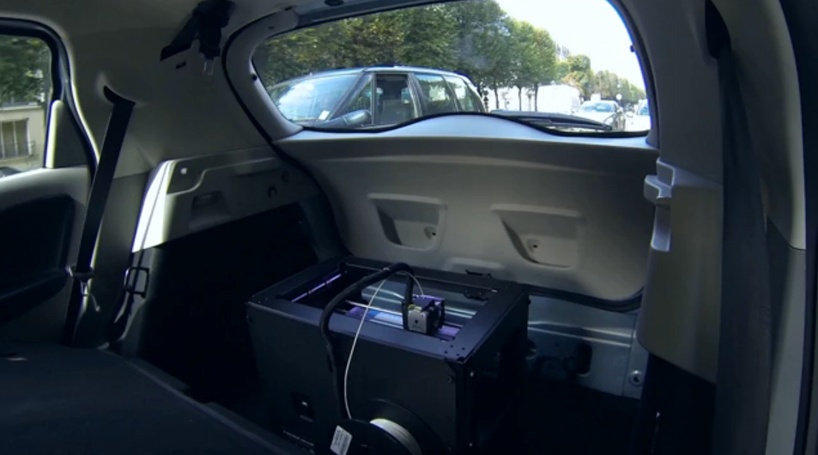 in the video, the EV demonstrates a print job driving around paris 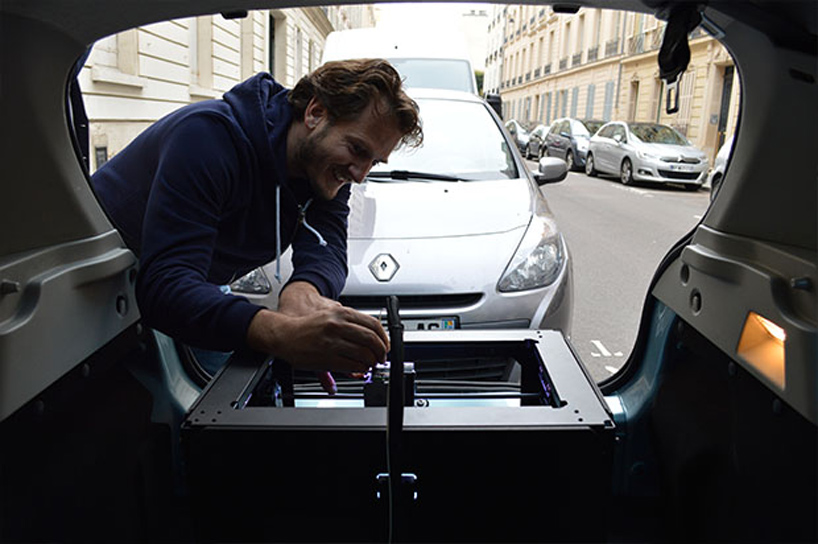 putting the final touches on the installation 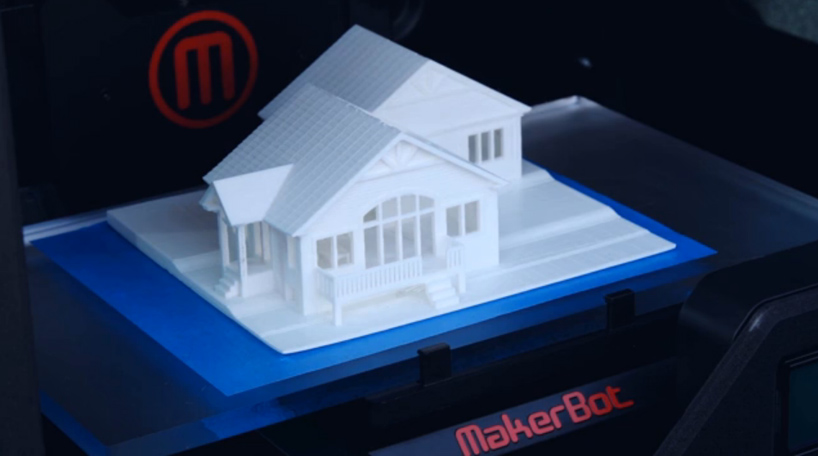