the show is world renowned for showcasing the latest products and new technology from new light bulb innovations to the latest designer fixtures. the show focuses on the domestic japans market but counts a number of international exhibitors. in spite of today’s economy this year’s show was the largest ever, featuring 134 companies.

while lighting isn’t the most sensational subject, society’s growing concern for the environment has made energy consumption and lighting a larger interest. with a green theme, this year’s lighting show aimed to showcase new products that were environmentally friendly in addition to being economical and efficient. one of the stand out themes from this year’s show was the LED. many have been promising widely available commercial LED lighting for years. this year’s lighting show seemed to prove that the LED is ready for prime-time. technology insiders are confident that LEDs will not only match the level of efficiency and cost currently enjoyed by fluorescent lights, but exceed it. in order to give you a little more insight into this theme, we have gathered up some of the main LED lights and technology that made news at the 2009 tokyo lighting fair. 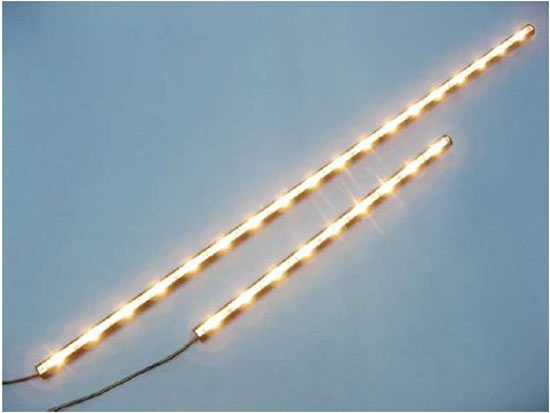 moritex showed off a new bar-shaped LED lamp called the ‘spectratrue’. the light comes in a variety of lengths and measures only 20mm in diameter. the lights were a stand out for their high colour rendering properties that were reported to precisely match the colours of any product. in addition the lamps consume very little power; 1.7w for the 150mm length and 19.1w for the 1,800mm length. 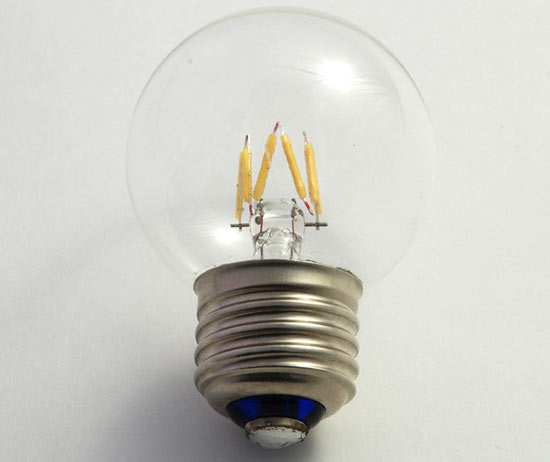 ushio lighting displayed their ‘LED filament bulbs’ that have a rather deceiving design for an LED light source. the new light bulbs use tiny LEDs embedded inside a standard glass light bulb. the company has already begun producing the bulb in a chandelier style and globe form. the LED’s inside the bulb feature a specially designed transparent packaging, which along with their configuration, spread the light evenly in all directions. while the may look standard, the ‘LED filament bulbs’ use 0.6w and will last 20,000 hours, 10 times that of an incandescent 5w light. 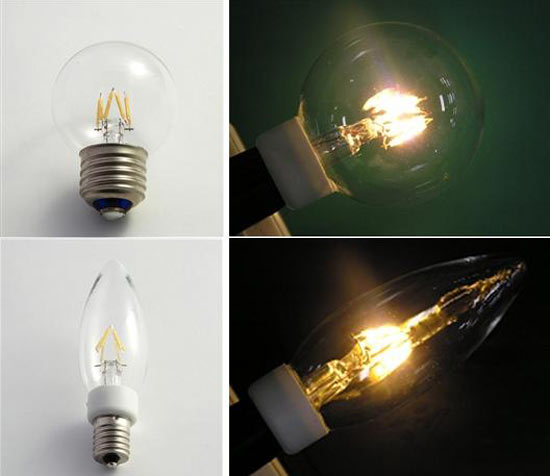 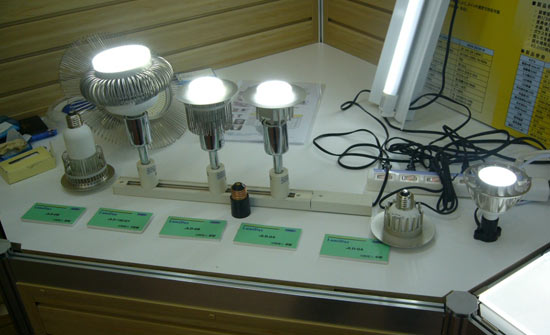 lumidas japan showed off their LED light series ‘lumidas’ which was developed and manufactured by the korean company fawoo technology. the series features round-head and square shaped LED light bulbs that boast a luminous efficiency as high as 80lm/w (for reference a standard 100w incandescent bulb has a luminous efficiency around 15lm/w). these bulbs are much more efficient than standard lights and have the same colours as electric bulbs. however because this is a rather new technology, the bulbs do cost in the hundreds of dollars. 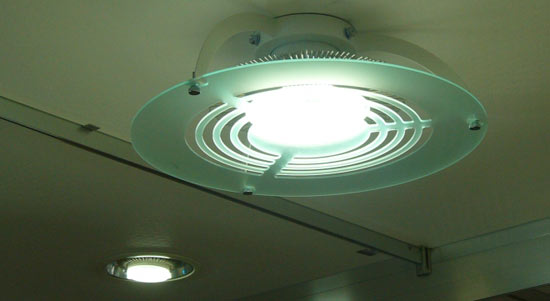 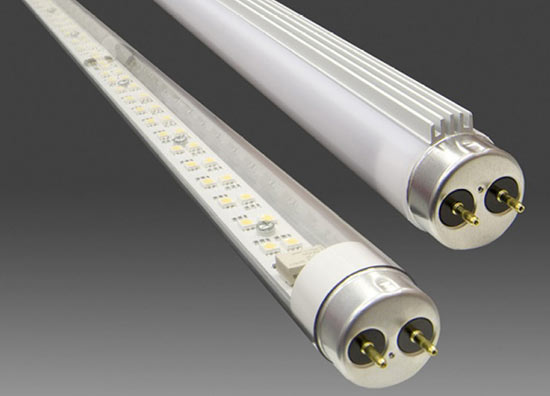 much like the ‘LED filament bulbs’, toshin electric company unveiled the ‘bikei’ LED lamps which look surprisingly similar to a fluorescent tube. the new design uses the form-factor of the fluorescent tubes, with the efficiency of LED lighting. the engineers added aluminium fins to dissipate the heat given off and changed the LED mounting to minimize shadows. the lamp uses 120 blue LED chips to match the luminocity of a standard 40 w fluorescent. the white light is created by blending the blue chips with red and green fluorescent materials. the light is designed for uses such as in tunnels or parking lots, where longevity is a key concern. the ‘bikei’ lamp is rated to last 40,000 hours, five times the life of a standard fluorescent bulb. 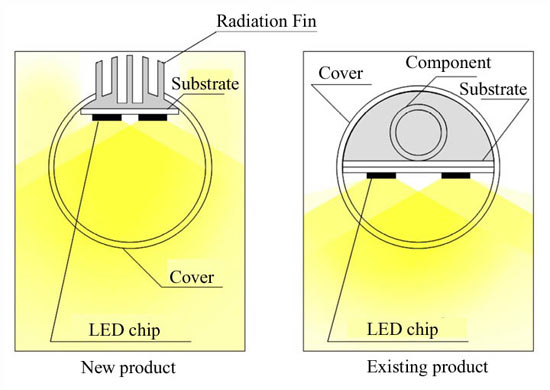 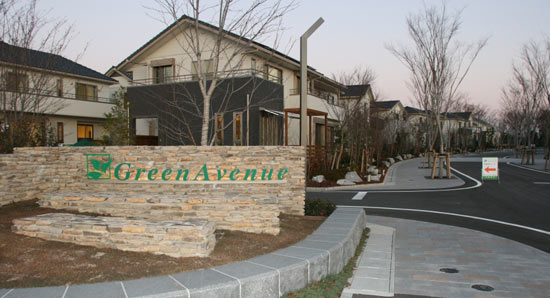 if one LED can make an impact, imagine the possibilities of an entire town lit entirely by LEDs. toyota is aiming to find out with their new ‘green avenue azabu no oka’ located in a residential area of japan. the small development of 204 houses will use over 1,000 LED light fixtures, on the streets and as outdoor lighting for homes. the area is currently in development and when complete will be the first of its kind. the lights were strategically placed to provide the ideal lighting, while preventing glaring and other side effects. the whole system will be 75% more efficient than using standard lighting. the lighting designers also made sure not to install too many lights. the system provides enough light but never too much. the area’s model home also incorporates LED lights into the interior. 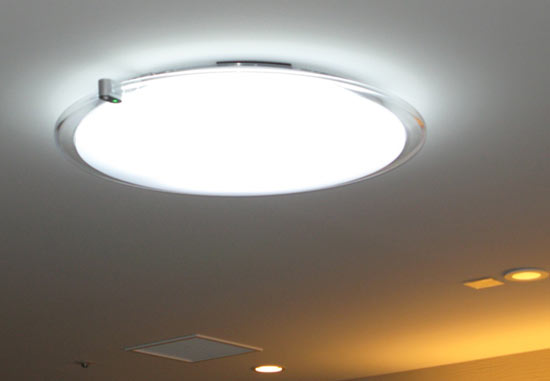 while it doesn’t use LEDs, panasonic’s ‘twin pa’ fluorescent lamp does feature a special sensor that automatically adjusts based on the luminance in the room. the recently released lamp, senses a room’s brightness and will adjust to maintain a constant level of light. by only using the amount of light needed, panasonic claims the new light could decrease power consumption by 60%. the light is taking light readers almost every second and adjusts slowly enough so the user doesn’t notice any fluctuations. panasonic aims to use the new sensor technology in more of their lights in the future. 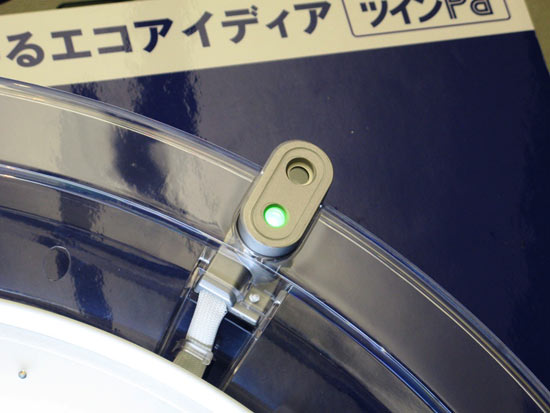