a british designer and coder named adam, created this computer printer made entirely from lego that uses a felt-tip marker instead of ink. the printer was built entirely from scratch using analog motor electronics, sensors and a printer drive. the printer is driven using LEGO that propels the maker, producing images at 75 dpi. each marker last for quite a few pages, but the printer is rather slow so printer a multiple page document isn’t recommended. 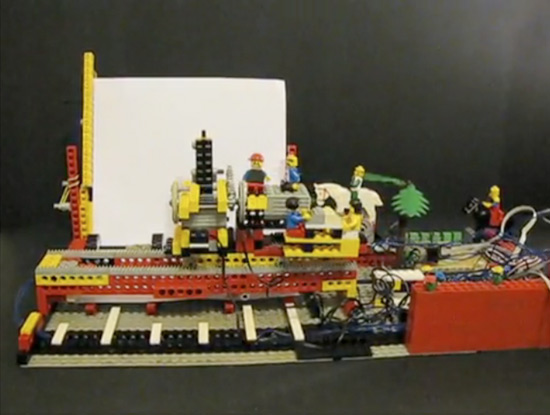 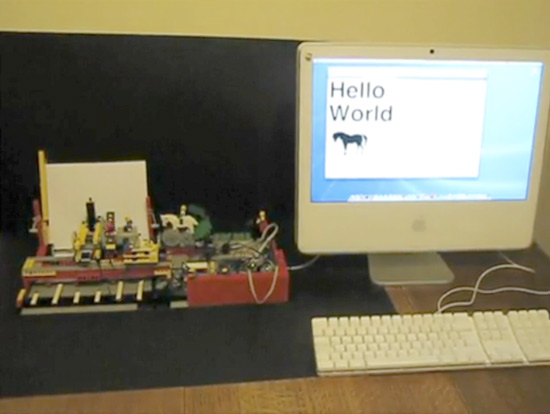 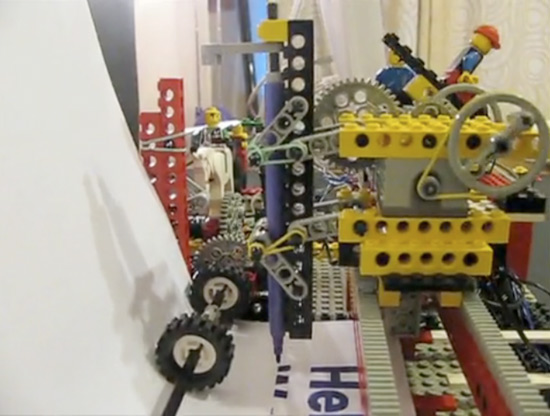 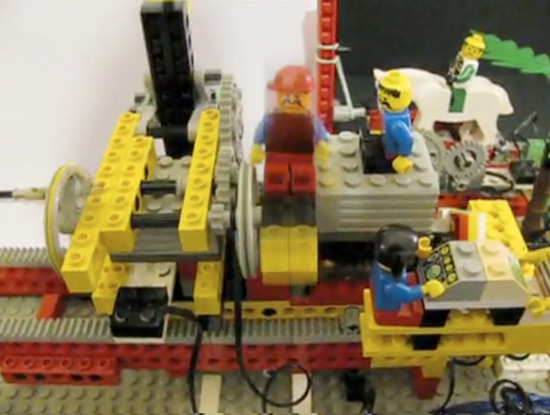 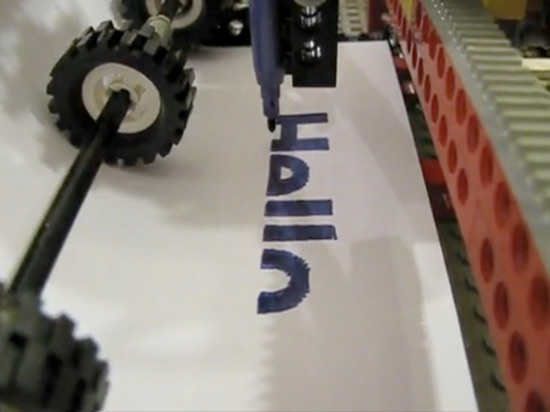